We keep us safe

When the Freedom Convoy came to Ottawa it was community members who organized to keep one another safe. 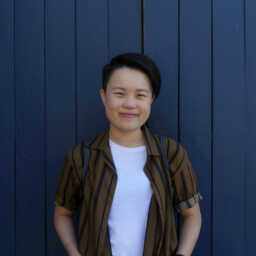 The Ottawa Occupation, which sparked a larger international “Freedom Convoy” movement, began when trucks rolled into the city’s core on January 28, 2022. For 26 days, residents and businesses in Ottawa’s downtown, Centretown and Vanier neighbourhoods experienced violence, threats, harassment and noise pollution. One in ﬁve Ottawa residents reported being significantly impacted by the occupation. Businesses throughout the impacted area had to close due to safety concerns for upwards of three weeks. In total, one out of every two Ottawa residents reported being impacted in some way by the occupation.

On February 2, 2022, then-Police Chief Peter Sloly told the media, “the more this demonstration continues, the more the risk to public safety increases…there may not be a policing solution to this demonstration.” By that point, the Ottawa Police Service had received support and officers from police forces across Ontario, as well as the Ontario Provincial Police and the Royal Canadian Mounted Police. Despite a level of policing that cost an estima ted $1M per day, the increased presence of police did not keep residents safe. Instead, it was the action of community members that created safety during this unprecedented time.

Here's how our community stood up to the occupation.

This online community functioned as a series of message boards organized by topic.

At its peak, it hosted 600 residents, each of whom was vetted by community admins to ensure the community’s safety. Through the Discord, multiple projects were organized including Wage Relief and Community Cooks programs.

At the time of publishing, the Discord remains active, as a place for Ottawa residents to connect, share resources and ask for help.

Organized by a team of volunteers on the Discord, this effort aimed to replace wages for staff whose workplaces had to shut due to safety concerns caused by the Freedom Convoy. The Relief Fund volunteers launched a GoFundMe campaign in February that raised over $26,000, which the team then distributed to members of the community.

This was a critical effort because measures implemented by various levels of government were much slower to roll out. The impact of up to 3 weeks of lost wages on primarily retail and service industry workers had a significant destabilizing effect.

It began with a tweet from Ellie Charters on January 31: “Anyone in Centretown need a walking buddy? To get groceries, go to an appointment or just to get a coffee? Let’s organize.”

The next day, a group of residents got together and formed Safety Walks Ottawa. Over the course of the occupation, SWO would vet roughly 60 volunteers who offered to walk or drive residents to grocery stores, medical appointments and to and from work throughout the occupation, at all hours of the day.

Data visualization company Spatial Media used crowdsourced information to map the noise and air pollution impacts that the convoy had on Ottawa, recording an average noise level of up to 110 decibels in the worst impacted areas. The map also recorded that air quality was significantly impacted by the occupation. The CO2 concentrations in the downtown core increased from 19 PM2.5, annual mean, µg/m3 (12% better than WHO guidelines) to 41 PM2.5 annual mean, µg/m3 (32% worse than WHO guidelines).

This Instagram-based community resource was created early in the occupation. OCR provides community news and safety resources; supports victims of hate crimes and seeks to hold violent offenders accountable for their actions by documenting their actions.

During the occupation, the account recorded 50+ incidents of racism, 60+ incidents of harassment of retail and hospitality workers, and 60+ video reports from the “red zone.”

The account continues to provide updates to the community, including during the Rolling Thunder convoy.

Another Discord project, the phone line was set up to connect with residents who didn’t have access to Discord and might be cut off from resources as a result. Through the volunteer-staffed phone line, callers could access programs including Safety Walks and Community Cooks. The support line’s organizers are considering how to sustain this project now that the occupation has ended.

The cooking project, created by Monitor Editor Ro West, fed residents impacted by the convoy. This included people living downtown who could not safely leave their homes to get groceries and workers who could not afford groceries due to lost wages. A team of trained chefs and bakers prepared hot meals and volunteers delivered over 170 meals and care packages to residents throughout the occupation. The delivery radius for the program extended from Chinatown to Gatineau to Orleans to Herongate.

While the occupation has ended, many in the Ottawa community remain food insecure. OCC will continue to provide free, hot meals every Sunday until the pandemic ends. Find weekly menus on Instagram at @OttawaCommunityCooks.

After learning that a new convoy of trucks was driving into town to join the occupation, a group of Ottawa residents headed to the intersection of Riverside and Bank to block the trucks from entering the city. Soon, the blockade grew to over 1,000 residents. By the end of the day, the blocked convoy trucks and residents negotiated an exit plan that allowed the vehicles to leave one at a time after removing their flags and insignia and surrendering any jerry cans.

Jan. 23 - Truckers from B.C. begin to drive East to Ottawa, as the first members of the Freedom Convoy. Over the following week, the convoy drives across Canada, garnering media attention.2

Jan. 29 - About 3,000 trucks and more than 15,000 protesters fill the streets of downtown Ottawa. Protesters dance on the National War Memorial, hang an upside down Canadian flag and anti-vaccine signs on the Terry Fox statue and display symbols including swastikas and Gadsden and Confederate flags.4

Feb. 4 - Ottawa lawyer Paul Champ files a $9.8-million class-action lawsuit against protest organizers for “private nuisance” and “punitive damages.” The lead plaintiff is Zexi Li, a 21-year-old public servant. GoFundMe shuts down the Freedom Convoy 2022 campaign, which had raised more than $10 million. The fund previously released $1 million in funds to the protestors.5

Feb. 6 - Ottawa Mayor Jim Watson declares a state of emergency in response to the protest.6

Feb. 11 - Ontario Premier Doug Ford declares a state of emergency in Ontario, referring to the Ottawa protest as a “siege” and “an illegal occupation.” The declaration comes after American officials express concerns about the Convoy blockade at the Ambassador Bridge, which is interrupting a trade route responsible for $700 million of trade per day.7

Feb. 14 - Prime Minister Justin Trudeau invokes the Emergencies Act for the first time in Canadian history. Among the new powers acquired through the Act, declaring a public order emergency increased the jurisdictional power of the RCMP; authorized the freezing of financial assets of convoy participants; and prioritized the securing of critical infrastructure like border crossings and airports.8

Feb. 18 - Police engage in a massive operation to clear the streets of downtown Ottawa. Over 100 cement barriers are erected and checkpoints are set up throughout the city. Tamara Lich, Chris Barber and Pat King are arrested. Ontario Superior Court Justice Calum MacLeod issues an order to freeze all financial assets of convoy leaders.11

Feb. 20 - Ottawa authorities remove much of the protesters and vehicles downtown. In total, 191 people are arrested, 391 charges are laid and 76 vehicles are seized.12

Feb. 22 - Financial assets, totalling $7.8 million, begin to be unfrozen. The House of Commons votes in favour of the Emergencies Act motion, 185 in favour to 151 opposed. The last illegal blockades are removed. Ottawa police reduce the size of the “secured area” in downtown Ottawa, announcing that all checkpoints around ByWard Market have been removed.13

Feb. 23 - Prime Minister Justin Trudeau revokes the use of the Emergencies Act, saying that “The situation is no longer an emergency.” Trudeau says that an inquiry into the use of the Act will begin within 60 days.14

April 25 - A national inquiry into the use of the Emegencies Act to end the Freedom Convoy begins. Paul S. Rouleau is named as the lead independent “Public Order Emergency Commission.” Rouleau will deliver his final report and “lessons learned” to the House of Commons and Senate by February 20, 2023.16 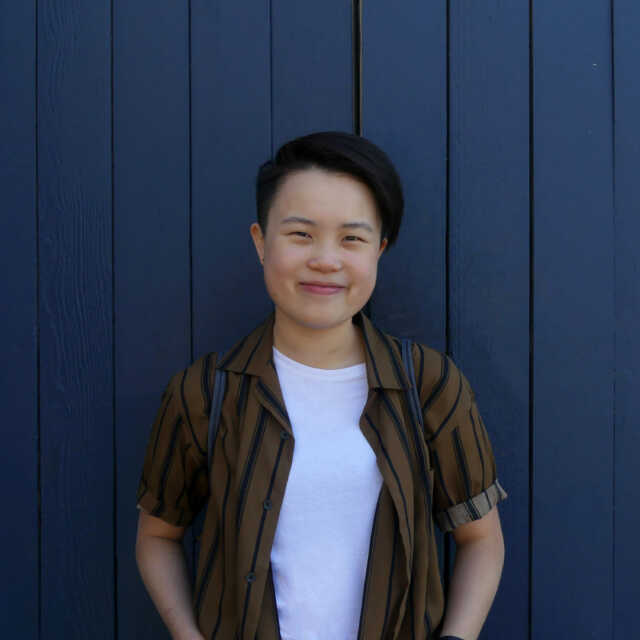 Tobin Ng (they/them) is a journalist and fact-checker who writes solutions stories that centre marginalized communities. Their work explores the innovation and resilience of BIPOC and trans folks. Follow them on Twitter at @tobinng.