Election 2019: How to disarm anti-immigration rhetoric 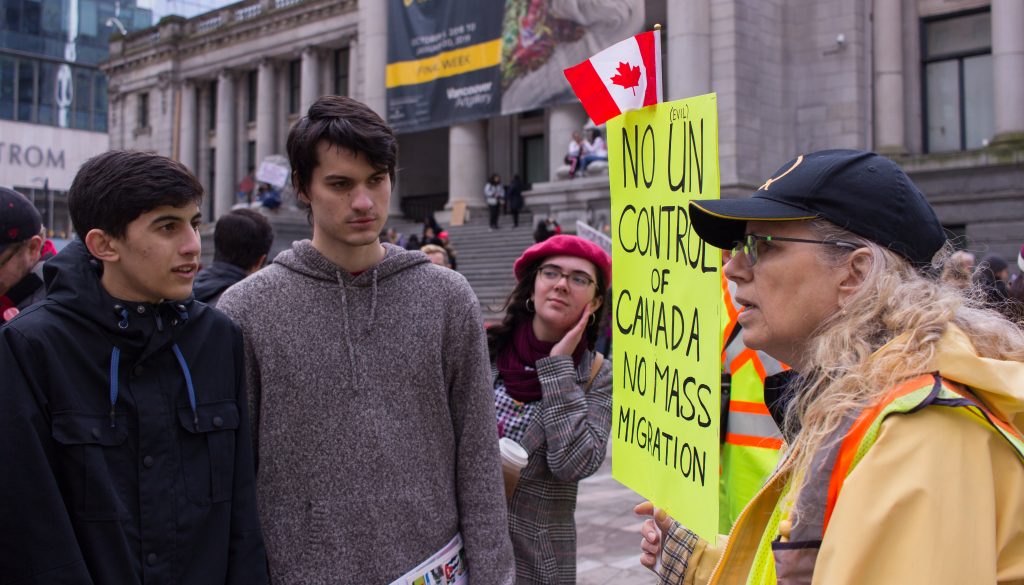 For centuries, the political right has opportunistically blamed immigrants for everything from economic slowdowns to lousy weather. The ferocity of these baseless attacks in the 20th century produced tragic results. Yet we are letting it happen again—in the United States, Brazil, Australia, different parts of Europe, and here in Canada.

We must confront this vile political discourse wherever we come across it on social media, in classrooms, at public events, and in daily conversations with family and friends. But how can we do it?

One way—my favourite way—is to reject the “othering” of people outright and instead focus on our shared humanity. We are humans before being of any nationality. The contours of our place of birth and our physical appearances vary, but underneath these superficial differences we are the same. Forget that, and we endorse the worst crimes humans are capable of perpetrating. History tells us as much.

Open your family chest (physical or virtual) and you shall find stories of people relocating, enduring hardship and distress, while helping and being helped by others who didn’t share the same background. That’s what we do. Share these stories of likeliness, kindness and human fortitude: they are an antidote to hateful anti-immigrant rhetoric.

But sometimes it’s necessary to have hard data, too. That’s particularly the case when the focus of debate is the economy. Fortunately, we have lots of it—and all of this data disproves the anti-immigrant rhetoric from today’s right-wing populists.

Employment rates measure the share of the population who are employed. According to 2018 Statistics Canada data, Canadian-born and immigrant workers (aged 15 and over) have very similar employment rates: 62% and 60%, respectively. This means the split of people working and not working (e.g., full-time students, stay-at-home parents) is nearly the same for immigrants and people born in Canada.

In sum, those who were born here and those who came to Canada more recently are similarly equipped to find work in the Canadian job market.

According to census data, in 2015, people born in Canada (aged 15 and older) received, on average, $7,858 in government transfers while immigrants received an average transfer of $7,765. The average for government-assisted refugees—who are at times accused of collecting large amounts of government support—was a bit lower at $7,412.

Immigrants work as much as people born in Canada and receive the same in terms of government transfers.

As you know from experience, it is perfectly normal for people to work in Canada even if their English and/or French is not perfect. Census data show that fewer than 5% of all immigrants aged 25–64 speak neither English nor French. Yet in 2016, 51% of these immigrants were active in the labour market: 45% had a job, and 6% were out there looking for one.

Today, it’s become too common to hear politicians and pundits claiming that Canada’s temporary foreign workers are “stealing” good jobs from Canadians. The reality is quite different.

We should be welcoming immigrants as fully enfranchised citizens who can study, work, and build a stable life with their families. Instead, Canada’s policy ensures many migrants are brought into a form of indentured work, with a temporary work permit tied to a single employer on whom their well-being depends entirely.

Some employers of temporary foreign workers are law abiding, others are not. And some laws are exclusionary. For example, farmworkers are largely excluded from minimum wages, overtime pay or health and safety protections.

These stories must be told, too. Data on this front is scarce.

While the otherness of immigrants is artificially manufactured, our shared humanity is a lived experienced corroborated by hard data. We have the upper hand on this fight so long as we speak out.

This article was originally published in the September/October 2019 issue of the Monitor.