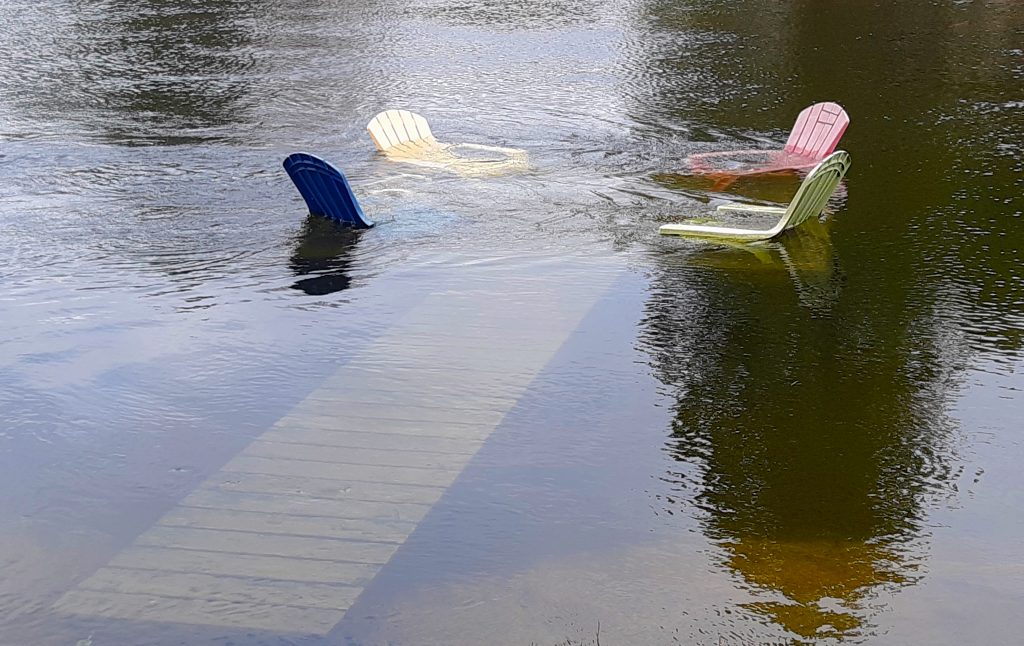 It seems like the wrong time to be cutting back on flood protection.

In the past week, rising water has closed Highway 17 east of North Bay, submerged entire sections of communities like Bracebridge, and brought Ontarians out in droves to fill sandbags. At one point, the only part of the province not under a provincial flood watch was around Kenora, in the northwest. Local authorities in a broad swath from Sault Ste. Marie to Cornwall issued their own blunt warnings to residents: stay away from the water.

Today in flooded Bracebridge, Ontario Premier Doug Ford told residents that “the province is 100% behind them” and will “spare no resources to support the affected areas.”

That’s all well and good, but on April 11, the Premier’s budget did just the opposite. The budget cut in half the provincial funding to Ontario’s 36 conservation authorities. The authorities serve a number of purposes, but protecting people and property from flooding is their number one job.

The Premier’s words today are nice, but at a time when the province should be shoring up communities before disaster strikes, the government is draining resources away from them.

The system has worked well. In Quebec, where thousands have been forced from their homes, construction on flood plains has continued; in many cases, flooded homes have been rebuilt in place. In Ontario, many of those areas are populated—deliberately—by trees, marshes, wildlife, and picnic tables. Waters rise, waters recede, and life continues.

Ontario communities that face flooding now were built long before the conservation authorities were created. As the effects of climate change intensify, the authorities will need more resources and, possibly, expanded powers to keep people and property safe. Cutting funding to them now is a serious lapse in judgment that puts communities at risk.

Conservation authorities are primarily funded by municipalities, and at $7.4 million a year, provincial funding for them has never been high. But with the Ontario 2019 budget, the province is cutting funding for a number of jointly funded programs. These cuts are happening after this year’s municipal budgets have been set, and since municipalities cannot run operating deficits, any new spending means cuts elsewhere in the current year.

A much better plan would be for the province, with its broad powers, to make funding for conservation authorities—and the environment generally—a serious priority. In its “vision” statement in the 2019 budget, the Ministry of Environment, Conservation and Parks promises to “work with local communities and families to prepare for the effects of climate change.” But if “working with” means “cutting funding for,” then the government’s message to communities and families is really “you’re on your own.”

Wet weather and flooding can cause widespread death and damage in just a few hours. It’s not just a false economy to be cutting the public entities that protect us: it’s a tragic mistake.

Randy Robinson is Ontario Director of the Canadian Centre for Policy Alternatives.