In anticipation of International Women’s Day (this Sunday), let’s look at how women are faring in Ontario’s labour market.

And in between those years, women have been on a roller coaster ride when it comes to jobs.

Take a look at the chart below. It shows how the employment rate for women in Ontario peaked in the fall of 2007 and again in the spring of 2008. But, as one might expect, women’s employment fell sharply during the 2008-09 recession. Today, the employment rate of women sits even lower than the recessionary trough. 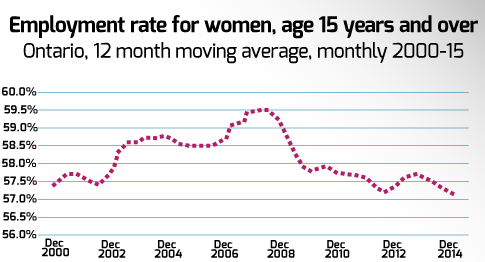 Breaking this trend down by demographic group, we find the patterns vary greatly by age.

The past 12 months have seen a steep increase in young women’s employment rate as the population of this group has fallen faster than the number of jobs has increased. 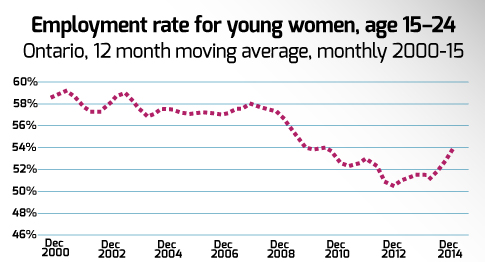 The story is different for women in their prime working years: as the chart below shows, it’s been a bumpy roller coaster ride since 2000, punctuated by a pretty steep employment drop due to the 2008-09 recession. 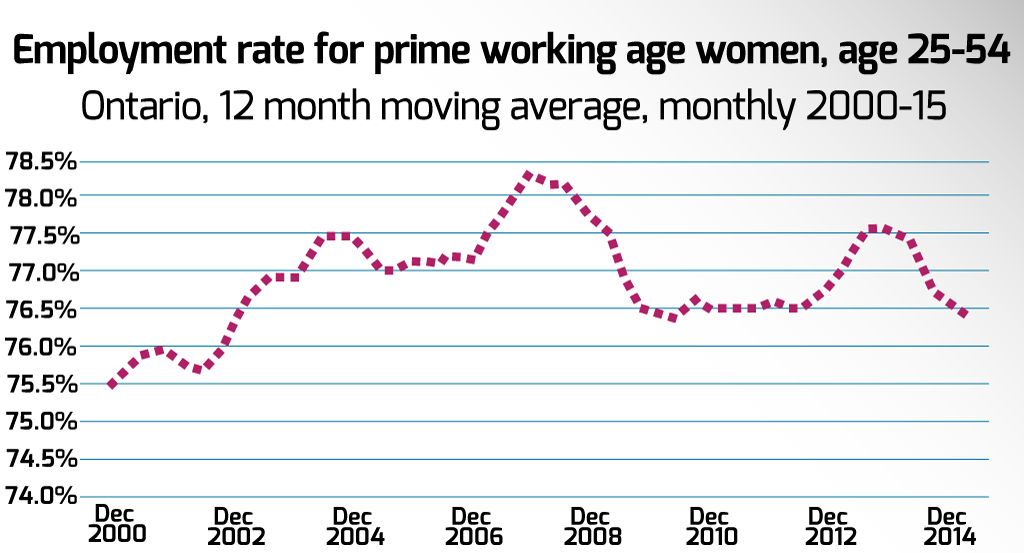 Women aged 55 and over have experienced a very different pattern than their younger counterparts: their employment rate has been on a slow and steady rise, from just under 20 per cent in December 2000 to just over 31 per cent in 2015. A trend that is the result of both population aging and women working longer. 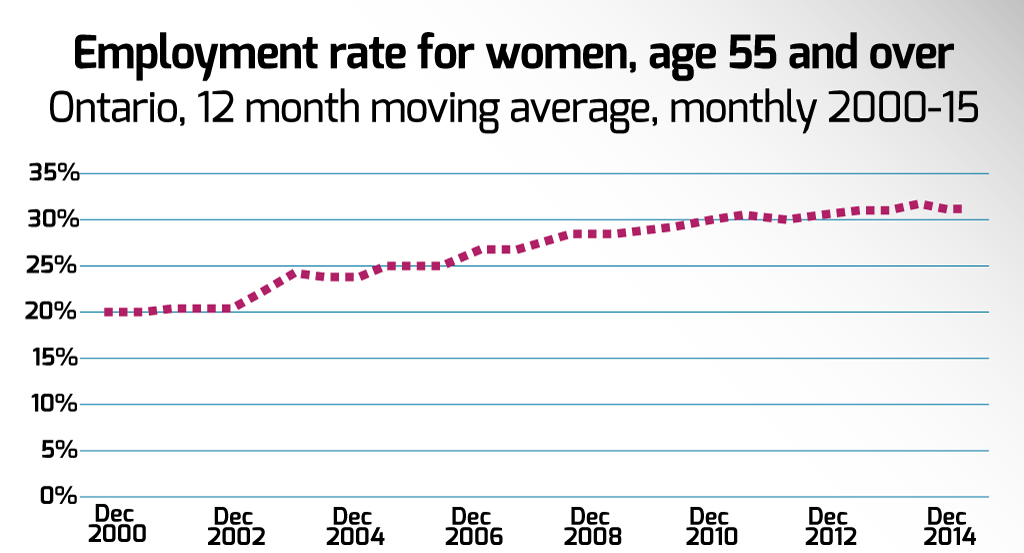 The numbers tell us four things about women in Ontario’s workforce:

As time marches forward, young women are encountering fewer employment opportunities while older women are working more. Women in the middle of the age spectrum have been on a roller coaster ride that’s been driven by both cyclical and structural elements.