Women in Canada are speaking. They are speaking about the violence that one in four women will experience in her lifetime. What is most remarkable to me about this moment in particular, is not the fact of sexual assault and intimate partner violence. Not the prevalence of these forms of violence. Not even that women are telling these stories (although I stand in awe of their courage). What is remarkable to me about this moment is that the survivors of these forms of violence are being given increasingly wide venues in which to be heard.

It’s been a long time since the issue of violence against women has been debated so openly and the voices of survivors featured so prominently. Never have I heard public conversations in which the culpability of the perpetrators received so much attention. Nor have I witnessed such a frank discussion of the role of men in preventing violence.

The signs that women are being heard are also on the rise. I cannot think of anything that has given me greater cause for optimism than listening to someone like the comedian Louis CK recognize the fear with which so many women live, or the unexpected insights of a senior (male) journalist into the ubiquitous sexism and harassment faced by his female colleagues, or the Facebook post from a male friend that says simply “I believe.” 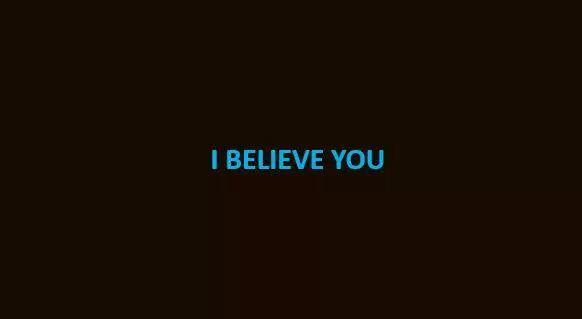 As media outlets and political parties, institutions and individuals with the power to diminish levels of violence against women, rush to issue public apologies, one question remains.

What are we going to do, now that we are sorry?

Because there are solutions. There is something to do. We can end violence against women.

Policies that are blind to the specific nature of violence against women are not working. All forms of violence are abhorrent, but that doesn’t mean that one program fits all. Consider, for example, all the very specific reasons why so many women don’t report their experiences of sexual assault, so clearly highlighted by the global response to #beenrapedneverreported.

There are policies and programs that work. In Ottawa, the Hollaback campaign is working to make public transit safer for women. In Vancouver, police report that the ‘Don’t be that guy’ campaign has lowered levels of sexual assault dramatically by empowering bystanders to intervene. On social media young Aboriginal women are transforming the #amInext of missing and murdered Aboriginal women into an affirmative #Imnotnext and calling for a national inquiry. Organizations across Canada are joining the call for a national action plan to address violence against women. They are asking for a public debate on gender equality. They are documenting the status of women in Canada.

In cities and communities across Canada service providers, labour organizations, researchers and activists are finding new ways to decrease levels of sexual assault and intimate partner violence and better ways to meet the needs of survivors.

Yet, there are increasingly few venues for organizations to share their success stories, to learn from each other or to speak to their political representatives. Service providers find themselves barely able to meet the needs of their clients, let alone record their analysis of what is working for those survivors and what isn’t. Advocacy is a dirty word. Research is disappearing. Nobody knows when violence goes up or down because of a policy or program that is implemented at the municipal or provincial level, because Canada doesn't track levels of self-reported violence against women at the sub-national level.

Recently, I was lucky enough to participate in one of the increasingly rare venues in which women had the opportunity to speak and be heard by decision-makers. What I witnessed was something quite remarkable. A gathering of women from organizations large and small, students and activists, policy-makers, researchers, and social workers. These women had gathered to speak to a group of legislators. They spoke movingly. They spoke concisely. They spoke with passion and intellect. Each made her pitch in three minutes or less.

As I struggled to define the particular magic of that moment a woman standing next to me said, simply, "it's democracy. This is democracy."

This is what we need to do, now that we are sorry.