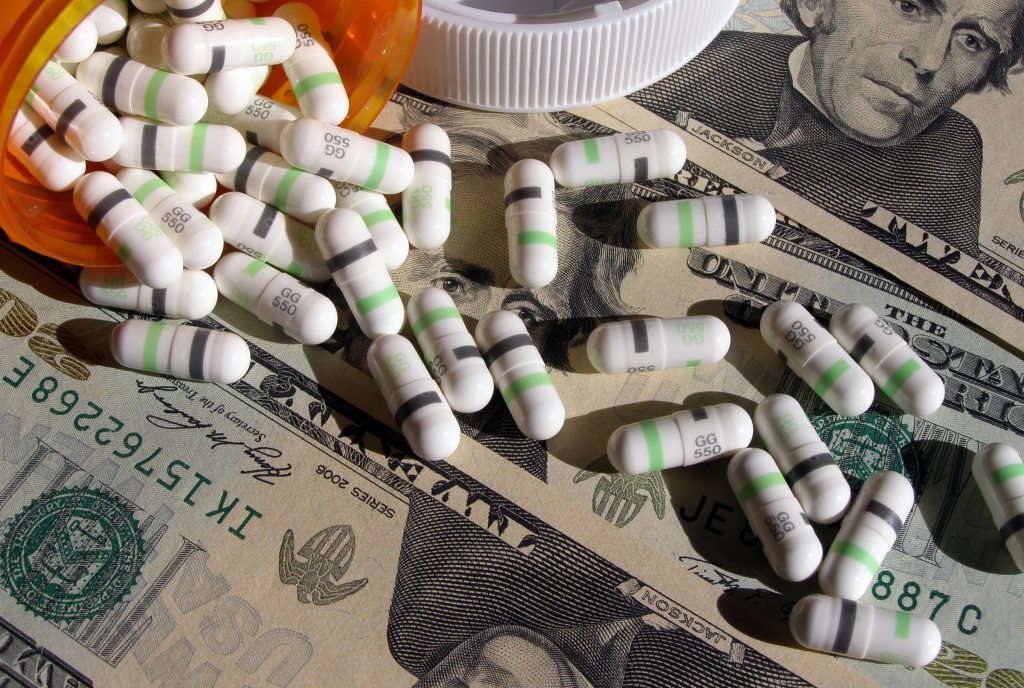 In the mid-1970s the average monthly cost of a cancer drug in the United States was about $100. By 1995 that cost had crept up to about $1,800 per month and today it is over $10,000. Similarly, while drugs for multiple sclerosis introduced in the mid-1990s cost about $8,000 per month, the price of newer drugs has jumped to $50,000. Even when discounted, U.S. drug prices are usually orders of magnitude higher than prices in other rich countries.

Why are U.S. drug prices so high and what can be done to get them down? These questions are not just important south of the border, but also for citizens of other countries such as Canada. And not only because Donald Trump says everyone should be paying the same for drugs as Americans do now.

U.S. prices are the benchmark that companies shoot for when they introduce new drugs into other wealthy countries. Though the companies generally don’t hit that target, U.S. prices still influence what other countries pay. In 2006, nine of the 10 most expensive brand-name drugs in Canada cost under $1,000 per month. Last year, only two of them did, and five brand-name drugs cost above $10,000 per month.

Before getting to the real reasons why drug prices are so high, we must dispense with the myth that they reflect the cost of the research and development (R&D) that goes into bringing new drugs to market.

Using figures generated by industry-friendly research institutes, annual R&D investment in the 1970s was pegged at about $420 million (in 2009 dollars). Two decades later it was $1,360 million while now the figure is $2.6 billion.

So, over a 40-year period R&D costs went up by a factor of 10. But during roughly the same time, total retail sales of prescription drugs went from $12 billion to $329 billion, a twenty-seven-fold increase. Hank McKinnell, a former CEO of Pfizer, admits “it’s a fallacy to suggest that our industry…prices a product to recapture the R&D budget.”

No, if U.S. prices are so high it is firstly because, aside from a few federal agencies, the U.S. government is prohibited from negotiating drug prices for major programs such as Medicare Part D, the system that partly insures spending on drugs for people 65 and over.

Canada, Australia, New Zealand, Japan and European countries use a variety of methods to lower prices, including external benchmarking (setting prices based on what other countries pay), internal benchmarking (setting prices based on clinically comparable drugs that are already available), basing payments on the health value per dollar, not paying for off-label (i.e., non-approved) uses, and negotiating confidential price agreements with manufacturers. Moreover, all of these countries except for Canada use the bargaining power of a single payer.

The second, related reason for high prices in the U.S. is that absent a central price-maker, companies can set prices based on desperation. The more serious the disease the higher the price for the drug. Aside from a few spectacular successes, most new cancer drugs only extend life by a little more than two months. But cancer drugs are now running at over $100,000 per year, whereas the price for a once-a-month injection for migraine prevention, a condition that generates much less worry, is $575 per shot.

Lack of price controls and corporate predation, however, are not the full answer. Back in the 1970s, people with cancer were just as desperate for medication as they are today. But the cost of the average 1975 cancer drug, adjusted for inflation, would now be $510 a year, a far cry from what cancer drugs cost in 2018.

The other major factor in higher U.S. prices is financialization—the general shift in economic activity from production to finance as a key feature of modern capitalism.

In the 1970s, pharmaceutical companies used their profits to reinvest in the business of discovering and marketing new drugs. While companies were largely successful with this strategy, it took time to generate growth. Pedro Cuatrecasas, a biochemist at the University of California, argues that today, “[s]hareholders, investment bankers, and analysts, who know little about drug discovery, place intense pressures on CEOs and their boards for quick returns.”

Integral to the ideology of financialization is something called maximizing shareholder value (MSV), or boosting the price of shares. One way that drug companies do that is by devoting more of their revenue to buying back stock and issuing dividends than they put into R&D. Once innovative enterprises that sought to develop high-quality products, which could be sold to the largest possible market at the most affordable price, have become MSV-obsessed entities that restrict output and, in order to generate revenue, jack up prices to the level we see today.

The answer to reining in U.S. drug prices is threefold. First, the U.S. government must choose to negotiate prices as many comparable countries already do. Second, this negotiating power needs to be used to stop companies from pricing based on desperation.

Finally, though possibly the most difficult to achieve, the U.S. must work to fix pharma’s broken business model. Canadian-born economist William Lazonick advocates the following options for achieving this task: banning pharmaceutical companies from doing stock repurchases and excessive distributions to shareholders; putting stakeholders representing households as taxpayers, workers and consumers on boards of directors of publicly listed pharmaceutical companies; and regulating the price of any drug that has benefited from government funding, subsidies and protection.

The U.S. pharmaceutical industry will fight these reforms with everything they've got. But the vast majority of Americans would benefit from lower drug prices. And when prices come down in the U.S., we all win.