The last time we had a federal election in Canada, women cast half a million more votes than men. And I can’t help wondering why.

The 2011 leaders’ debates lacked almost any mention of how the party platforms were going to address the fact that women work different hours, in different occupation, for different amounts of money. Oh sure, there was lots of talk about the economy and jobs. But jobs for women? Who can say? 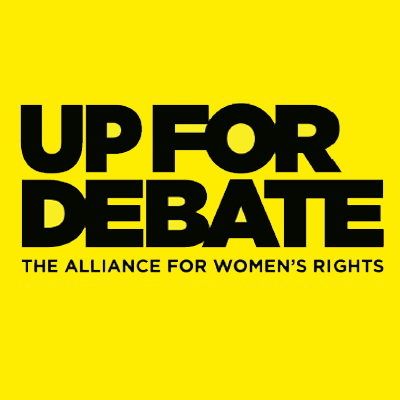 Whatever you think about the whole Mars vs. Venus thing, there is no question that men and women are positioned differently within the Canadian economy, that they perform different amounts of care work, they have distinct health care needs, and are subject to distinct forms of violence. All of which means that good public policy has to be tailored to those differences if it is going to work for both women and men. Political platforms need to be tailored to their differences. Political leaders ought to be able to explain what they are going to do for both halves of the population.

The Conservative Party recently announced that they would not be participating in debates hosted by the group of media outlets that traditionally broadcast national leaders’ debates. This announcement is part of an ongoing contest over who will debate whom, where and how. But amidst all the jockeying around who stands at which podium in front of whose camera, there has been little discussion of the content of those debates. It’s time to start asking questions about the substance of our election debates, not just the trappings.

Up For Debate, a growing national coalition of organizations, individuals and local communities, has an idea or two about that.

Not only have subsequent governments failed to solve the problems being debated in the 1980s, but they haven’t really talked much about them in subsequent election debates. The word “women” came up only a handful of times in the 2011 English-language debate. Most of those mentions were as part of the phrase “men and women” (usually “our men and women in uniform”). There was only a single mention of any policy that specifically addressed the different challenges that women and men face in Canadian society (violence against women). So much for mainstreaming.

As we head in to what is surely going to be the longest federal campaigning season Canada has ever seen, our political leaders have an opportunity to do things differently. Women aren’t a special interest. They are half the population. They vote bigger than their demographics. And this week’s polls suggest they are a moving target for political parties—with female voter preference shifting significantly over the past four months.

Up for Debate is a coalition of over 150 women’s organizations and their allies from across Canada, including the Canadian Centre for Policy Alternatives. Learn more at upfordebate.ca.