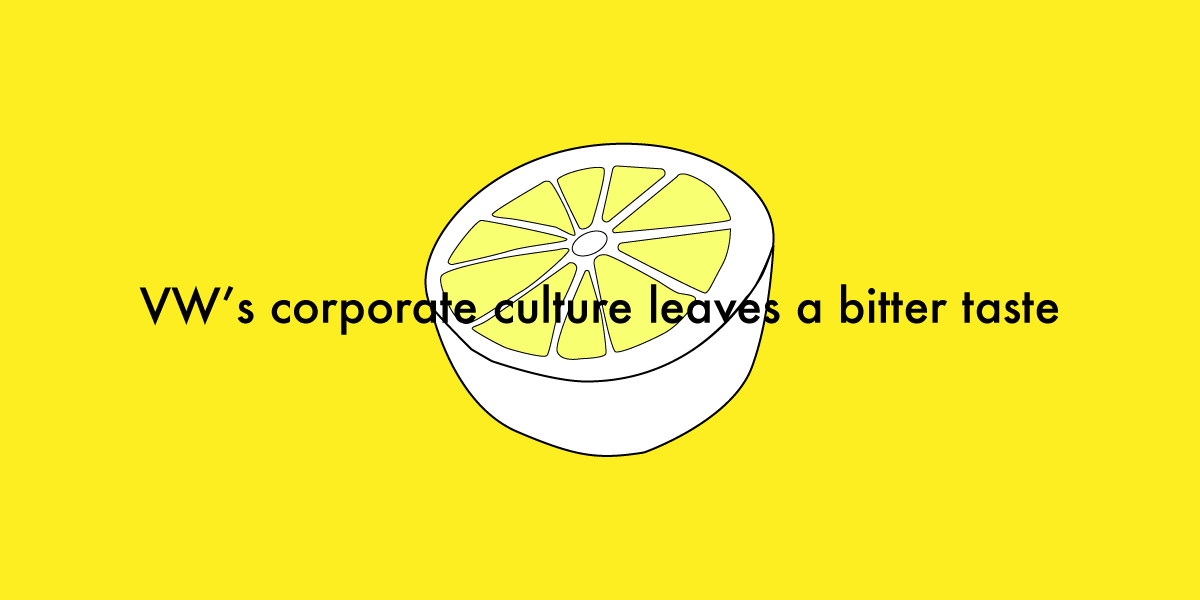 Following the revelation of Volkswagen’s interesting and creative approach to compliance with emissions standards affecting its diesel-powered cars, conversation has focused on two questions: who is to blame, and how much should Volkswagen have to pay in fines and compensation?

The answer to the first is certainly not the chair of VW’s board of management (its CEO), who will keep his enormous pension, as well as bonus payments “earned” while Volkswagen was marketing diesel stink-pots as environmentally “clean,” after he steps down in shame. In 2013 and 2014 alone, those payments came to more than 27 million Euros (C$40 million at current exchange rates). He may even qualify for severance pay!

The answer to the second question will probably be decided in court. In the United States, the Environmental Protection Agency and the private class-action bar are revving up their litigation machines. Wary of being left out, corresponding players in other countries, including Canada, are getting ready to follow suit. (Both very bad puns intended.)

In general, everyone is terribly anxious to point out this is entirely Volkswagen’s mess, that only Volkswagen’s behaviour should be scrutinized. But there’s a third question we should be focused on (and that quite a few shareholders are probably asking right now): What was it about the corporate culture at Volkswagen that made it OK to design a flagship small diesel engine such that its critical emissions reduction systems is turned off except for those rare instances emissions are being tested? 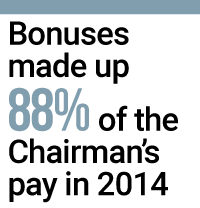 A firm answer will be hard to find, but there are hints in the section of the company’s Group Management Report dealing with remuneration. The document, which is readily available on the VW website, reveals the extent of the bonus culture among senior leadership at the company. For the chairman, bonuses made up 88% of pay in 2014 (87% in 2013), which translates to about C$23.7 million. The ratio averaged 80% for the other eight board members whose compensation was reported—a cash bonus of $10 million each.[i]

Why does this matter for Volkswagen’s decision-making? Because for the men running the company, performance metrics (primarily financial) determined more than 80% of their pay. In other words, they personally had a lot riding on delivering relatively short-term (four years is considered long term at VW) financial performance.

Where is the incentive to ask probing questions about a technological “fix” that would supposedly allow VW to meet stringent U.S. environmental standards by duping the emissions test? Why comply with the letter and spirit of public interest regulations, or even ideas of good corporate “citizenship,” if there’s no penalty for bad behaviour?

Importantly, if the bonus culture is that deeply ingrained at the top, how does that affect the structure of pay and incentives lower down in the company (e.g., those who designed the fraudulent software and approved its installation in millions of diesel-powered vehicles)?

And what about the top of the house at Volkswagen: the supervisory board? Here, too, the remuneration report offers some helpful insights.

Getting on the supervisory board is a pretty good gig. Excluding trade union members, who are required to donate their compensation to charity, the average board member is paid the equivalent of $996,000 annually—94% of which is variable on a basis comparable to the senior executive pay. It means the same incentives influencing the behaviour of Volkswagen’s executives affect how those people overseeing the system behave. 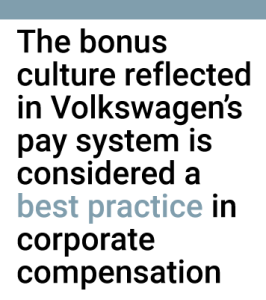 None of this is unique. The bonus culture reflected in Volkswagen’s pay system is considered a best practice in corporate compensation, found to varying degrees in every major company. It leads directly to decisions that put corporate performance ahead of everything else, and to employees turning a blind eye or willfully engaging in questionable corporate behaviour.

If the structures that allowed VW to cheat aren’t unique to one company, neither is the regulatory failure exposed by this episode. It is now the norm for governments to let industries police themselves, part of a culture that places corporate interests ahead of public interests and that consistently looks for “savings” in public spending by cutting back on testing and inspection.

Actually, the only accident in the VW story was that we found out about it at all. Had it not been for the interest of an obscure non-profit focused on the issue of climate change and the work of a university-based research group this ridiculous and bald-faced assault on the public interest would never have been exposed.

There are many losers in this episode. They are not the senior managers of Volkswagen, who get to keep the massive bonus payments they accumulated during the company’s recent climb up the auto-manufacturing ladder. You won’t find them among VW’s supervisory board, whose members get to keep the proceeds of going along for the ride.

Company shareholders will lose, but before we get too twisted up about it, consider that those same shareholders benefitted handsomely from a recent profit run driven in part by the success of the company’s flouting of the public interest.

Owners of the affected vehicles will recover some cash. But no compensation could possibly offset the reality that while they were driving their “clean” diesel vehicles they were actually polluting the environment at an epic rate. Likewise any public payback (in government fines against VW) will not undo the damage inflicted on the environment and on human health by this disgraceful scheme.

One way we can all win, however, is to take this episode as the wake-up call that it is—to use this moment as a springboard for fundamentally rethinking the way corporations operate, rebalancing private versus public interests in our regulatory system, and second-guessing the extent to which we collectively rely on trust versus testing/inspection to protect the public interest.