What’s next for the new NAFTA? And what, if anything, can Canadians do about it now? 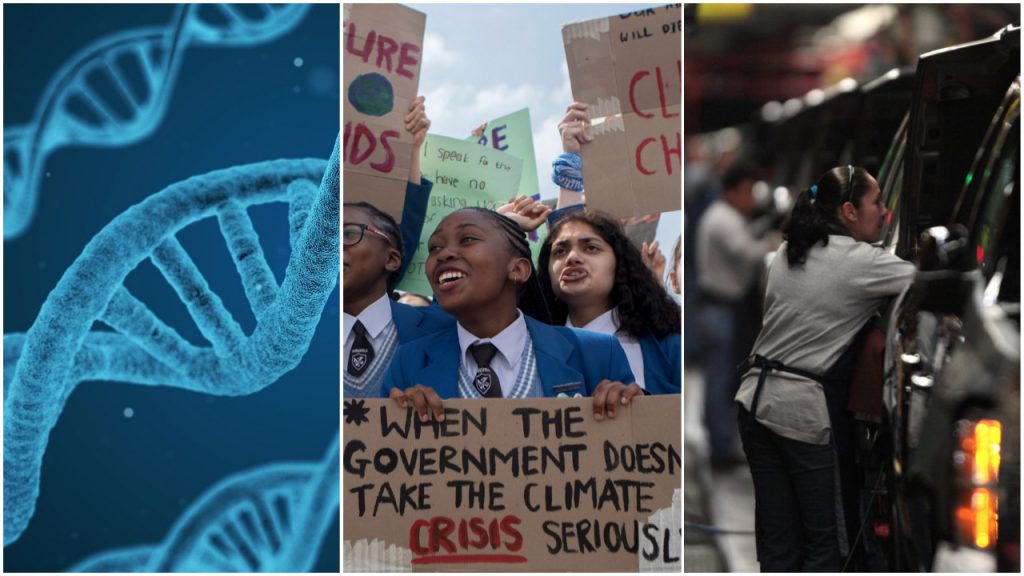 Implementing legislation for the new Canada­–U.S.–Mexico Agreement (CUSMA) is now before the House of Commons. While the U.S. and Mexico have already ratified the deal, our parliamentarians can still examine the 2,000-page text, which will have lasting impacts on many matters far beyond trade.

The opposition parties have called for a thorough review, and with the minority situation in Parliament this is feasible. Committee hearings are underway. But with only the Bloc Québécois voting against the implementation bill at second reading, there’s little suspense about the final outcome of the ratification process.

In contrast to the U.S., where House Democrats were able to negotiate significant changes to the original deal, the Canadian Parliament has little leverage to alter CUSMA. But there are still steps that Canada can take on its own, without reopening the deal, to enhance the treaty’s positive features and to mitigate the harm from its worst.

Canadians caught a lucky break when House Democrats pushed the Trump administration to drop rules in CUSMA that would have extended monopoly protection for, and increased the costs of, vital medicines.

Under the original agreement, Canada had to increase its data protection term for biologic medicines (such as treatments for Crohn’s disease and rheumatoid arthritis) from eight to 10 years, at an estimated cost of at least $169 million per year, according to the Parliamentary Budget Officer. That change was dropped from the agreement, and Canadians will now avoid those cost increases.

Democrats also won other improvements, including changes to the text meant to curb the practice of evergreening, where companies can obtain new patents based on small changes to existing drugs in order to block generic competitors.

Big Pharma is used to getting its way in U.S.-driven trade talks. But the House Democrats demonstrated that this powerful lobby is not invincible.

Their victory points the way forward for Canadians, who currently pay the third highest drug costs in the world after the U.S. and Switzerland.

Canada’s current system of price regulation for brand-name drugs is dysfunctional and locks in high prices. Health Canada has proposed to fix this by changing the way our price controls work. Predictably, PhRMA, the U.S. industry lobby, is attacking the reforms, urging the U.S. government to take trade action against Canada if we proceed.

Currently we set brand-name prescription drug prices with reference to average costs in seven countries, including the U.S. and Switzerland, whose high prices pull the average up. By changing this basket to exclude these two outliers and to add other comparator countries, Health Canada estimates it can save Canadians an average of $1.2 billion a year in brand-name drug costs.

Big Pharma’s CUSMA setback should encourage Canadian governments to be bolder in addressing the unacceptably high costs of medicines in this country.

The most potentially beneficial part of the CUSMA labour chapter is a new annex on worker representation in collective bargaining in Mexico. This annex commits the Mexican authorities to legal reforms to guarantee the rights of workers to bargain collectively.

Importantly, CUSMA now restricts the use of protection contracts in Mexico, where their widespread use has allowed corrupt unions to sign long-term collective agreements without workers’ input or approval. These new obligations should provide a welcome boost for the new Mexican government and independent trade unions in their efforts to improve workers’ rights.

The CUSMA labour chapter also includes other positive features regarding migrant labour, violence against workers, and—thanks to the recent changes—reversing the onus of proof in labour complaints. Disappointingly, protections against discrimination based on sex or gender identity were earlier watered down because of opposition by conservative Republican lawmakers.

Many U.S. and Canadian unions support these provisions, not because they are ideal, but because they set a higher floor from which to work for more effective international labour standards. These positive reforms won’t halt outsourcing anytime soon, however, as multinational companies continue to exploit the large manufacturing wage gap between Mexico and the rest of North America.

Future progress in the area of labour rights and wages will depend on enforceability. Beyond a commitment to receive and consider public submissions, CUSMA’s labour provisions are enforceable only through government-to-government dispute settlement. For a host of reasons, national governments cannot always be relied on to bring valid complaints forward.

A way for Canada to address this issue would be to set up an independent complaint process that would allow labour unions and citizen groups to initiate complaints when international labour standards are violated. There should be an impartial body to hear these complaints and, if they are credible, to oblige the federal government to take the complaints forward to formal country-to-country dispute settlement.

Failing on the climate emergency

Given the Trump administration’s intention to pull the U.S. out of the Paris climate agreement, it is not surprising that CUSMA does not even mention that accord or include the words “climate change.”

While CUSMA’s environment chapter is technically enforceable through state-to-state dispute settlement, its obligations are so weak that it hardly matters. Outside of a few hard rules regarding matters like fisheries subsidies and wildlife trafficking, the chapter’s commitments are mostly vague and voluntary. It also contains a gigantic loophole, by applying only to federal environmental laws and regulations.

It is welcome that NAFTA’s objectionable energy proportionality provisions are gone. Although they were never invoked, on paper they required Canada to maintain a consistent share of energy exports to the U.S. even during domestic energy shortages. But it’s important to recognize that the removal of these provisions was a U.S. initiative, reflecting the continent’s changing energy landscape and our southern neighbour’s new position as a net energy exporter—the result of a surge in shale oil and gas production.

Basically, CUSMA entrenches the status quo on energy and environment. The North American energy industry is happy with it. As a former Alberta energy minister noted, “Canada’s energy sector can now exhale. The sector and the regulations surrounding the free flow of natural gas, oil and for the most part electricity have been left largely untouched.”

In the midst of a global climate emergency, to sign a major economic treaty that contains no plans for transitioning to a zero-carbon economy, let alone binding targets, is simply unacceptable. Canadians concerned about climate change must now hope that a change of government in the U.S. can lead to renewed continental efforts to redress this egregious failing.

Eliminating ISDS in CUSMA and beyond

CUSMA’s most significant step forward for environmental protection and other public interest regulation isn’t found in the environment chapter—it is the removal of investor­–state dispute settlement (ISDS) between Canada and the U.S. from CUSMA’s investment protection chapter.

NAFTA’s ISDS mechanism, embedded in Chapter 11 of that agreement, allows foreign investors to bypass the domestic courts and sue governments before private international tribunals when public policies, laws or regulations allegedly harm their investments. Of the three NAFTA countries, Canada has been the most sued, with U.S. investors frequently targeting federal and provincial environmental regulations. Canada has paid out over $300 million in fines, settlements and legal costs in Chapter 11 disputes.

The substantive obligations in CUSMA’s investment protection chapter (Chapter 14) still apply and can be enforced through state-to-state dispute settlement. These corporate rights will still cramp elected governments’ legitimate policy space—to enact Green New Deal policies, for example, which are designed to encourage local employment and benefits during the transition to a zero-carbon economy.

But foreign investors are far more likely than governments to bring a claim, regular dispute settlement panels are considerably more predictable and accountable than investment arbitration tribunals, and governments are not faced with having to pay potentially uncapped fines if they lose.

For these reasons, the phasing out of ISDS between Canada and the U.S., and its scaling back between Mexico and the U.S, is a remarkable victory for the social movements who have campaigned to eliminate it. When announcing the deal, then trade minister Chrystia Freeland echoed these concerns, noting that ISDS “has cost Canadian taxpayers more than $300 million in penalties and legal fees (and) elevates the rights of corporations over those of sovereign governments.”

Unfortunately, ISDS remains intact under the mistitled Comprehensive and Progressive Agreement for Trans-Pacific Partnership and in many other Canadian free trade and investment agreements. Despite growing evidence of abuse of ISDS by Canadian companies overseas, our federal government continues to pursue this insidious, anti-democratic feature in ongoing negotiations.

This double standard will hardly go unnoticed in the Global South. It is now up to Canadian social movements to press the government to live up to its CUSMA rhetoric and remove ISDS from all our investment agreements.

From a progressive standpoint, the CUSMA is more of a mixed bag than previous free trade agreements. Its stronger labour standards and the removal of ISDS are both improvements on the original NAFTA. It contains an improved exclusion for indigenous peoples rights, although no assurances that those rights will actually be respected.  Congressional Democrats neutered the original renegotiated deal’s threatening provisions around access to medicines, and modestly improved a few other areas as well.

But is the new CUSMA a model for future Canadian trade deals? Far from it. The agreement’s concessions to the U.S. corporate farm lobby will further erode Canada’s supply managed sectors. New impediments to precautionary regulation in the Good Regulatory Practices chapter will impede our ability to protect the environment, workers, public health and animal populations from harmful industrial and agricultural practices.

The negotiations also laid bare cracks and fissures in the prevailing neoliberal model for governing trade and investment, which is today under challenge from the left, right, and even from within the neoliberal camp. These tensions will persist, particularly given the failure of the revamped NAFTA to adequately address growing inequality linked to globalization (due to the exploitation, in corporate supply chains, of low wages and poor working conditions, for example) and the escalating climate crisis.

Most Canadians also recognize that, despite the newly minted pact, the Trump administration may still prove a fickle trading partner. The frontrunner for the Democratic nomination has also pledged to renegotiate the deal immediately if he becomes president. Even Democratic contenders who supported the deal say it should not be a model for the future.

Whatever happens in the U.S. elections, and despite the understandable desire of many Canadians for economic and trade stability, it is likely that the desirability and viability of our current free trade models will, before long, again dominate the North American policy agenda.

Scott Sinclair is Director of the Trade and Investment Research Project at the Canadian Centre for Policy Alternatives.