The problem is, 18- to 30-year-olds vote like they’re almost 90. Not even half of you make it to the ballot box. Compare that to Canada’s seniors (65+), about three-quarters of whom vote. Why let them set the political agenda? 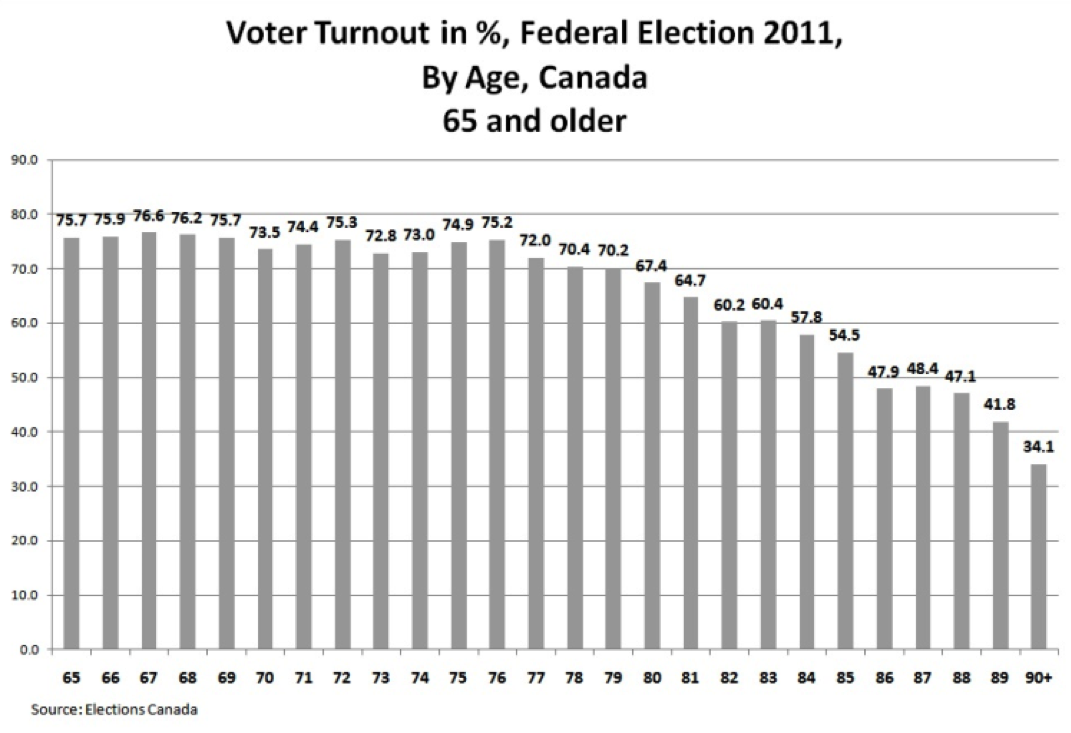 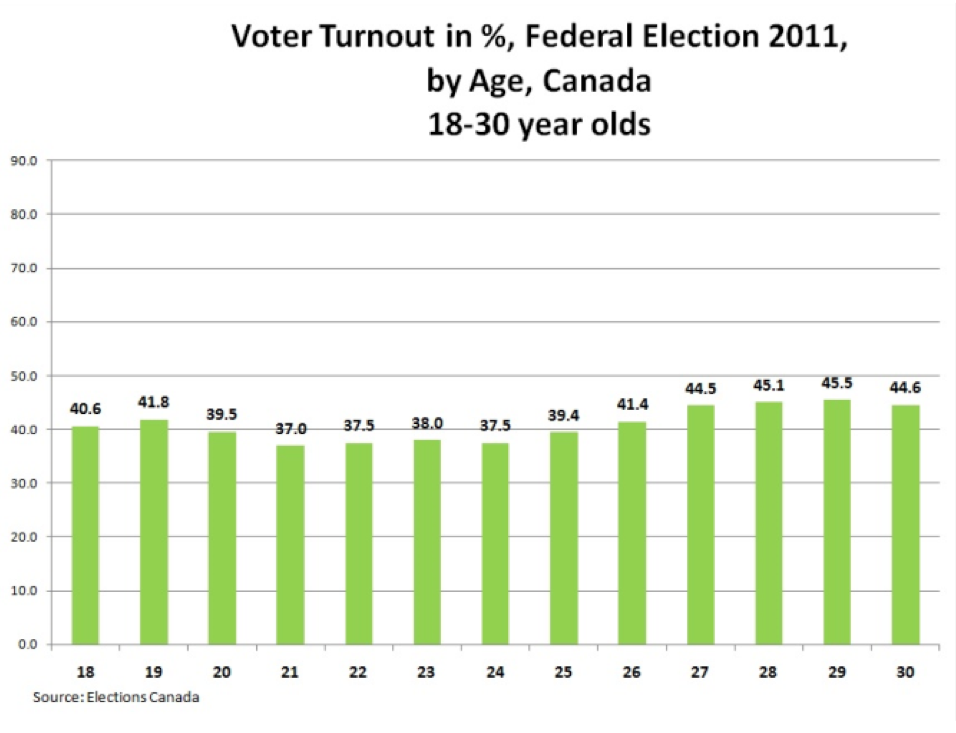 It would be so easy to make your mark. There were more non-voters than voters in the last (2011) federal election. Most of them were... you! What do you think this chart would look like if three-quarters of 18- to 30-year olds voted? 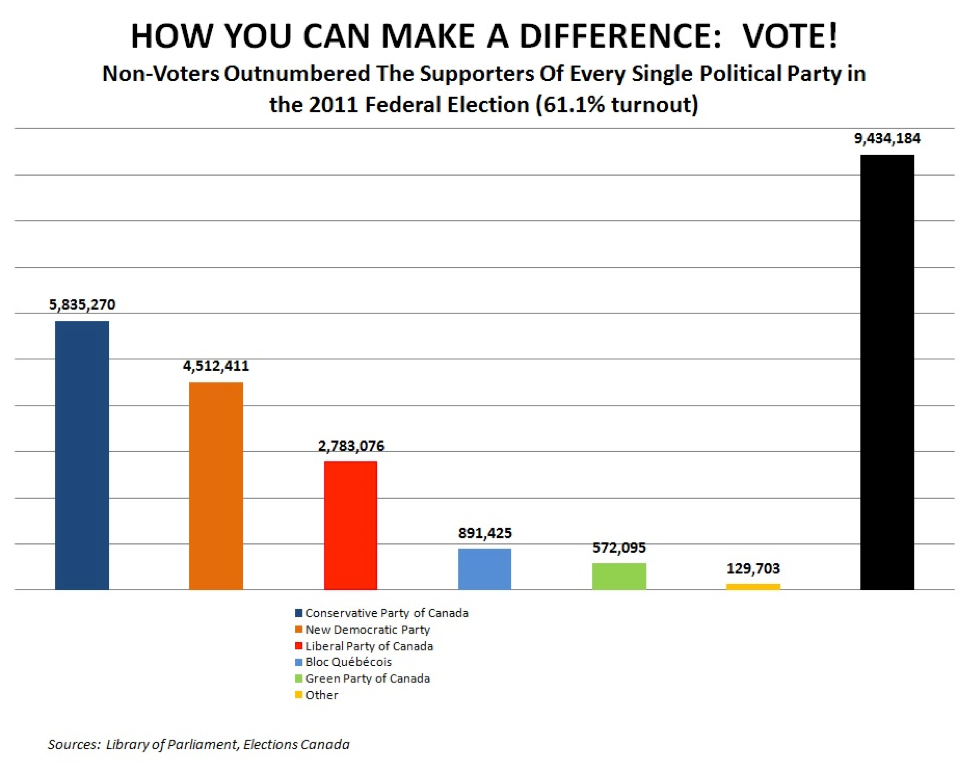 Take 20 minutes out of your day, go vote.