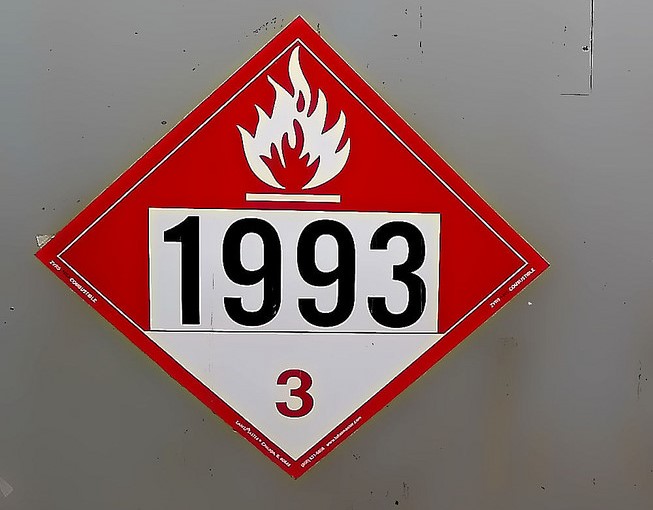 Warning: NAFTA may be corrosive to public health (raymondclarkeimages, Flickr)

The CCPA continues to carefully read through the nearly 2,000-page USMCA text. This blog, the third in a series on how the agreement differs from NAFTA, examines the agreement's chapter on Good Regulatory Practices, a relatively new addition to so-called next generation trade deals. Stay tuned to this space for continued analysis of the USCMA and its implications for Canada.

While most news articles about the new NAFTA—now the USMCA—have dwelt on how the agreement will affect trade in commercial goods (autos or dairy products, for example), few column inches have been dedicated to its chapters covering technical barriers to trade, food safety measures, so-called good regulatory practices, and the sectoral annexes on cosmetics, chemicals management, etc..

Sharon Treat of the Institute for Agriculture and Trade Policy (IATP) has produced an excellent early assessment of these important deregulatory aspects of the USMCA that institutionalize post-NAFTA efforts, notably the Canada-U.S. Regulatory Cooperation Council, to harmonize public safety standards and rules. I like how she frames their objective as “paralysis by analysis,” or as wrapping public regulators in red tape under the guise of increasing transparency and fairness in the rule-making process.

You can skip to “Good Regulatory Practices” below for a summary of the USMCA chapter of the same name. But first, I think it’s helpful to put the fairly recent trend of including such regulatory provisions in FTAs into historical context.

From the mid-1990s, expansive free trade agreements have striven to hold back the temptation of more forward-thinking governments to set the highest standards of social welfare, public health and safety, and environmental protection. These objectives are all very well, say free traders, as long as they don’t interfere with trade. Likewise, global cooperation is good as long as it reduces red tape for multinational corporations and increases profits.

While the WTO’s Agreement on Technical Barriers to Trade already allows countries to contest all manner of public health, environmental and pro-consumer rules—e.g., country-of-origin meat labelling (COOL) in the U.S. (brought by Canada and Mexico), GMO bans in Europe (brought by the U.S., Argentina and Canada), and European prohibitions on the use of antibiotics in livestock (again by Canada and the U.S.)—the dispute process has produced mixed results.

The EU more or less ignored the WTO dispute settlement decisions (in the mid-2000s) against its GMO and meat policies—a small but welcome (though potentially limited) victory for consumer rights within a global trade regime that is otherwise hostile to the idea. On the other hand, the Canadian government would have preferred not to have spent so much time and money fighting the popular U.S. COOL policy, on behalf of an oligopolistic meat processing industry, at WTO HQ in Geneva.

In response, business lobbies on both sides of the Atlantic increased their advocacy of regulatory coherence and cooperation, for a right to intervene in the regulatory process as early and as often as possible. The goal was to stop governments from implementing pro-consumer or pro-environment policies before they needed to be challenged as burdensome trade barriers.

Chapter 28 of the USMCA is a mere 13 pages long and easily glossed over, yet I would argue it is central to understanding what the agreement is about, and whose priorities are paramount on the continent.

Article 28.2.1 sets out the goal of “good regulatory practices” (GRP) as understood by the parties to the agreement—Canada, Mexico and the United States. It is not, as you might expect, to protect our health, safety and the environment. These “public policy objectives” are actually bracketed in the text (an afterthought) behind the primary objective to “facilitate trade, investment and economic growth.”

The application of GRP is meant to support compatible regulatory approaches and eliminate “burdensome” rules, which is “fundamental to effective regulatory cooperation.” Article 28.2.2 notes that the guidelines for GRP are obligations on the parties (i.e., binding), which is reinforced by the applicability of the USMCA’s dispute resolution process to recurring violations of the chapter (a first in any trade agreement).

Article 28.4 essentially locks in Canada’s current federal regulatory practices in the September 2018 Cabinet Directive on Regulation. Under that policy, the Treasury Board Secretariat (TSB) acts as a kind of regulator of last resort. Under the USMCA, the TSB (or equivalent body) must retain that role to enforce GRP across all federal departments (like Health Canada, the Canada Food Inspection Agency, Environment and Climate Change Canada, etc.) so that new public protections “avoid unnecessary restrictions on competition in the marketplace,” do not create burdens on small business, and comply with international trade and investment obligations, including requirements to adopt international standards rather than developing stronger ones.

Article 28.6 requires USMCA parties to publish annually a list of regulations they plan on implementing or introducing over the next year. In a sign this clause was Canada’s idea, the Liberal government’s Cabinet Director on Regulation specifies two years’ advance notice. Further transparency requirements are outlined in Article 28.9 of the USMCA, such as the obligation to justify the need for a new regulation, publish all scientific and other data consulted, and to treat input from any person in the NAFTA region equally in the regulation’s final development.

Parties are not obliged to perform regulatory impact assessments (RIA) of new rules, but if they do—e.g., the Treasury Board already requires them of all departments and agencies—Article 28.11 requires that the RIA include an explanation of why the new rule is needed and what problem it is meant to address, a list of all feasible regulatory and non-regulatory alternatives (including doing nothing) that could also address the same problem, the costs and benefits of each of these scenarios and the grounds for choosing one option over the other.

This is an absurd amount of work to put public officials through each and every time they want to add, amend or remove a public protection (which happens, in any modern country or economy, quite frequently).

But it gets worse. Article 28.13 requires all USMCA parties to create procedures to retroactively review regulations to “determine whether modifications or repeal is appropriate,” while 28.14 requires parties to allow any “interested person,” which includes corporations and their lobbyists, to suggest in writing precise areas where they feel that would be appropriate. These special interests are encouraged to point out where a rule has:

become more burdensome than necessary to achieve its objective (including with respect to its impact on trade), fails to take into account changed circumstances (such as fundamental changes in technology, or relevant scientific and technical developments), or relies on incorrect or outdated information.

There is significant potential here for companies and investors to abuse this notice and review process. Multinational producers of chemicals, pesticides, pharmaceuticals, genetically modified food products, cosmetic and food additives are forever disputing good science showing risks to human health or the environment. Delays in removing known toxics, carcinogens, bioaccumulative products and endocrine disruptors from consumer products can be blamed in part on regulatory capture, but also pressure to harmonize measures across borders to as not to interrupt profitable supply chains and trade flows.

The USMCA does allow governments to ignore these duties in emergency situations—including the requirement to consider adopting an international or established NAFTA party standard instead of a better one—when it would be potentially harmful not to act faster. Incomprehensibly, Canada’s new Cabinet Directive on Regulation limits even this small public safety loophole by requiring such emergency measures to be “cost effective.”

A reasonable person might wonder whether the goal of Chapter 28 is to delay or avoid regulation rather than encouraging anything like “good” regulatory practices. It will be so time-consuming and expensive for Canadian public servants to go through the USMCA-required impact assessment process that doing nothing—to reduce greenhouse gas emissions, take potentially carcinogenic cosmetics or pesticides off the market, etc.—will look pretty good in comparison.

Unfortunately, if the government has done a cost-benefit analysis of the USMCA itself, or, for that matter, the new Liberal regulatory policy on which it appears to be based, that data is not publicly available. As it stands, the new NAFTA removes red tape for business, then uses that tape to tie up regulators who take seriously their mandate to improve and enforce Canada’s already deficient environmental and public health protections.

Seen in this light, the GRP chapter is not some dull sideshow of the USMCA but a breakthrough for a grim vision of corporate-led globalization—a natural expansion of an idea already found in the foundational texts of the WTO and NAFTA. It is the idea that governments work best when they work for big business.

Stuart Trew is Senior Editor of the Monitor and a part-time researcher with the CCPA’s Trade and Investment Research Project.