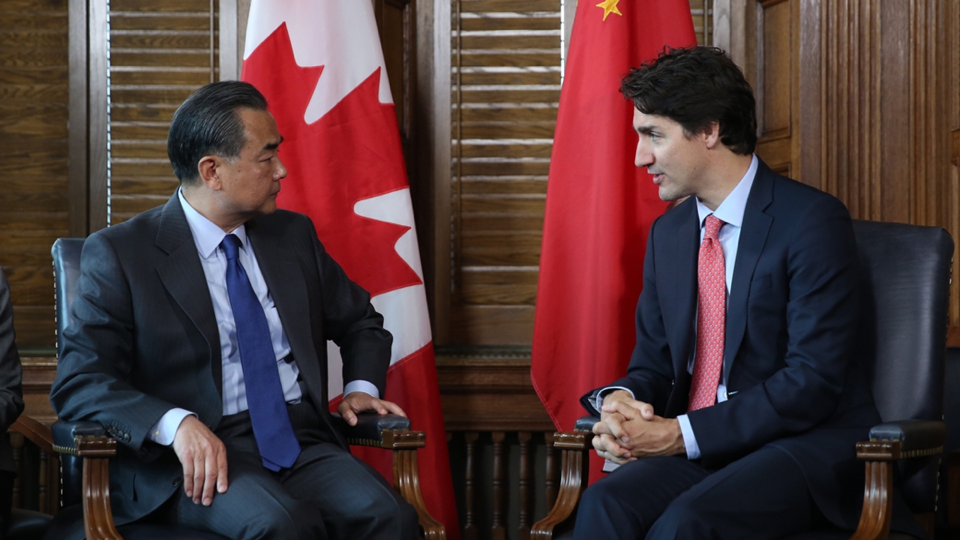 The federal government has approved the sale of one of B.C.’s largest seniors’ care home chains to a Beijing-based conglomerate with a “murky” ownership structure, to say the least.

While the details of Investment Canada’s ruling are still under wraps, a spokesperson for Innovation, Science and Economic Development Minister Navdeep Bains told the Globe and Mail “no issues were raised” by the takeover of Retirement Concepts, which owns 21 seniors residences across B.C., by Cedar Tree Investment, a holding company controlled by China’s Anbang Insurance.

The minister’s benign assessment contrasts sharply with the controversy attending recent Chinese acquisitions in the U.S. and Europe. Over the last year, regulatory concerns have led to the cancellation of more than 30 deals worth $75 billion, according to the Financial Times, including Anbang’s attempted $1-billion acquisition of a landmark California hotel.

Beyond these corporate intrigues — and that awkward Nov. 7 “cash for access” meeting at which host Miaofei Pan “made the case to the prime minister to allow Chinese investment in seniors’ care and real estate development” — Canada’s controversial 2012 investment treaty with China clearly raises some important issues with respect to the takeover.

The first is how the Foreign Investment Promotion and Protection Agreement provides Cedar Tree, and its Anbang backers, an extrajudicial means to contest new regulations, such as those to protect vulnerable seniors, ensure quality of care or maintain adequate training and staffing levels in the fast-growing private retirement home industry.

Another is how the web of investment protections in the FIPA and similar deals shifts the risk of such cross-border deals going bust from foreign investors to Canadian taxpayers.

Canada’s retirement and long-term care system is under-regulated in many provinces. An investigation by the CTV News show W5 found at least 1,500 cases of staff-to-resident abuse in homes across Canada in 2013, a number the news program claimed to be low due to under-reporting. Retirement Concepts, B.C.’s biggest private provider, has faced complaints in the past, including staffing shortages and the use of subcontracting to fire and then rehire employees at lower wages.

When shareholder profits become a priority for essential services, quality of care tends to decline. A 2016 study by Dr. Margaret McGregor of Vancouver comparing international experiences with long-term care found that for-profit facilities consistently provided poorer service. “There is this conflict of interest between the profit motive and actually spending money on things like staffing,” she said.

Unfortunately, the B.C. government has embraced the private sector rather than look to public or not-for-profit options for meeting increasing demand for seniors’ care.

B.C. Finance Minister Mike de Jong told the Globe and Mail he’s not worried about the sale of Retirement Concepts to a Chinese company, since no matter who owns the service they must follow provincial standards.

But here’s where the FIPA, signed by former prime minister Stephen Harper in 2012 and ratified in 2014, makes an already murky situation even murkier.

As the CCPA and other critics of the investment treaty have pointed out, if an established Chinese investor objects to stronger regulations (e.g., stricter training requirements, staffing levels or standards of care in retirement homes), the FIPA gives it the option to sue the Canadian government before unaccountable tribunals that are outside the Canadian legal system and courts. Such tribunals are not concerned with whether those regulations are consistent with Canadian law and norms, but only whether they were “necessary,” applied in an “arbitrary” manner or violate some other aspect of the FIPA’s broadly worded investor rights.

Deals like Anbang’s takeover of Retirement Concepts add a whole other layer of profit maximization to the private health care sector. As McGregor and Dr. Lisa Ronald explained in a commentary in the Toronto Star, “the likely scenario is that Anbang will lease the properties back to Retirement Concepts, the previous private for-profit owner, who will continue to provide the services.” Anbang’s sole interest is in a stream of rising rents, in large part to finance its wildly popular high-yielding investment products.

You don’t have to be a financial wizard to see that if the company faces liquidity problems, because it has overpaid for foreign acquisitions, for example, or Chinese regulators clamp down on risky insurance products, it must then squeeze its tenants, including Retirement Concepts. This deeply flawed sale-and-lease-back business model led, in 2011, to the bankruptcy and collapse of Southern Cross, Britain’s largest care homes operator with more than 31,000 residents.

When the hard times inevitably hit, provincial regulators must step up standards and enforcement to prevent cost cutting on the backs of seniors.

If a FIPA tribunal were to find that new regulations undermined the value of the company’s investment, Canadian taxpayers would be left holding the bag. For example, requirements to reinvest revenues in improved staffing, training, equipment or facilities could be construed as violating the foreign investor’s right to freely transfer funds back to China or the FIPA’s minimum standard of treatment obligation.

Future moves by the province to reverse direction toward more stable not-for-profit and public delivery of long-term care services can be challenged by Anbang’s Cedar Tree subsidiary as a form of expropriation or violation of the firm’s right to “fair and equitable treatment” under FIPA. Again, the validity of such a claim and the amount of any compensation due will be determined not in Canadian courts, but by a private investment tribunal. Canada is already the most sued developed country under similar rules in NAFTA.

Finally, legislation now before the Senate to implement CETA, the Canada–EU free trade deal, would raise the threshold for reviewing all foreign investments (not just those by European investors) from $600 million to $1.5 billion. In future, a takeover like that of Retirement Concepts, which has been valued at $1 billion, might escape scrutiny altogether.

In that case, the government would not even have the right to put modest (and difficult to enforce) conditions on the new buyer, as Canada has attempted to do in this case.

In the eagerness to portray Canada as open for business and to lock in binding foreign investor rights, we must ask who is looking after the interests of vulnerable groups such as seniors, employees in the private health care sector, or indeed the Canadian taxpayer? A publicly financed, not-for-profit solution to the rising demand for long-term care is by far the better option. It would create high-quality care, decent-paying jobs and benefit from greater accountability.

Unfortunately, Canada’s trade agreements from NAFTA onwards, including FIPA with China and CETA, present real barriers to achieving this. Anbang would be able to sue or threaten to sue Canada for decisions made by B.C. to improve its long-term care system. These extra-judicial rights are not available to domestic companies and certainly not to citizens.

People should be concerned about who is running Canada’s long-term care and retirement homes. There are a lot of issues with providers already — Canadian or otherwise — and we need better regulations to deal with their infractions.

The deal may yet fall through. Various B.C. regional health authorities have still to decide whether operating licences should be granted to the new owners. Opposition parties are questioning why the federal government approved it, with Conservative MP Cathy McLeod asking the House of Commons Thursday why Prime Minister Justin Trudeau “put the care of our parents and grandparents at the mercy of profiteers pulling strings from Beijing?”

The rights Anbang and Cedar Tree have under the FIPA to frustrate public interest regulation and shift risk to Canadian taxpayers lend added urgency to that question.

Scott Sinclair is senior trade fellow with the Canadian Centre for Policy Alternatives. Stuart Trew is senior editor of the CCPA Monitor. This article was first published in The Tyee on February 27.