Toronto plans to regulate Airbnb: does it go far enough? 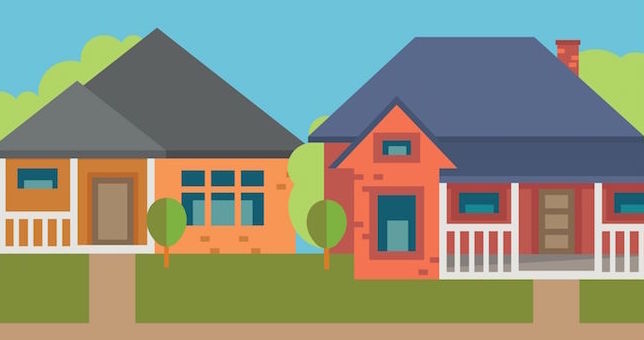 The City of Toronto has responded to the explosion of Airbnb-type short-term rentals in a staff report detailing measures to regulate this emerging sector.

The number of Airbnb listings in Toronto grew by a whopping 288 per cent between 2013 and 2016 but these types of online platforms that facilitate short-term rentals have not been subject to the same rules that hotels or bed-and-breakfasts are subject to.

It’s time Toronto caught up with this commercial activity, especially given mounting concerns about the impact companies such as Airbnb could have on the availability of affordable long-term rentals in a city where housing costs are growing out of reach for many.

The city’s report defines a short-term rental as “any rental of a residential unit lasting up to 28 days in a row”, creating a distinction between short-term and long-term rentals. This move is certainly welcome and I would even go as far as saying it is promising.

But does it go far enough?

At first glance, the scope of Toronto’s proposed regulations hits all the big markers that have appeared in regulatory frameworks in other North American jurisdictions, but if you read in between the lines, the proposed measures still fall short of what’s needed.

So what are the biggest components of the proposed regulatory framework in Toronto and why do they fall short? The first and most commonly adopted element in other jurisdictions that have tried to regulate the short-term rental market is to set up a registration and licensing system.

While almost all jurisdictions that have legalized short-term rentals have set up a licensing system for hosts, Toronto will also require the commercial businesses that host short-term rental platforms — such as Airbnb and VRBO — to register with the city and to pay an annual fee ($5,000 to $20,000 plus a scalable per night per unit rented fee) to obtain an operator licence.

Toronto would be the first Canadian jurisdiction to implement platform licences. In the U.S., Chicago is the only jurisdiction that currently requires that both hosts and operators be licensed.

The benefit of a dual licence system is that it helps keep both parties accountable to rules governing short-term rentals. It also places an onus on short-term rental platforms who make billions by acting as intermediaries between hosts and guests to educate their hosts on regulations, to police illegal listings, to deal with problem listings, and to share data with local governments.

In the case of Toronto, all of these apply. My personal favourite is the requirement that companies would have to provide quarterly data to the city. The absence of data has been an enormous roadblock in understanding the scope of short-term rental activity in Toronto to assess its many social and economic impacts and to inform regulatory efforts.

So what, then, is my beef with the proposed licensing system? This brings us to the second key element of the proposed measures: the principal residence rule.

According to the city staff report, short-term rentals are legal for up to three rooms or an entire home as long as they are in a principal residence.

A principal residence is a property that is designated as your primary place of residence that you own or rent, either alone or with another person as indicated on your tax filing or on other government documents.

This type of rule has been adopted in many U.S. jurisdictions, such as Seattle, and has been proposed by the City of Vancouver. It is often referred to as the “One host, One home” rule.

A principal residence rule is meant to target hosts who use multiple residences to offer multiple listings, essentially operating under the guise of home sharing but, in actuality, they run a commercial enterprise. This type of activity puts downward pressure on already low vacancy rates in Toronto and adds fuel to the housing crisis.

The proposed Toronto regulation would require hosts to obtain a city licence for their principal residence. This means a business number would only be issued to one address. In theory, this should discourage commercial host activity and ease supply constraints on the rental market.

My disappointment comes entirely from one term: “self certification.”

The licensing rules rely on hosts to self certify that their application is for their primary residence. Hosts require no proof, no government documents, nor tax filings to get a licence. So the city will simply take the word of a host driven by a profit motive to self report whether the unit is a principal residence or not.

This seems like a bizarre, ineffective way to enforce regulations. And as with any regulation, it is only as strong as the enforcement measures that accompany it.

Some other aspects of the potential short-term measures also have me perplexed. The city is proposing an amendment to zoning bylaws, creating a new land use category for short-term rentals. It would allow licensed short-term rentals in both residential and mixed-use zones. That means operations like Airbnb could still take place in condo buildings, apartment buildings, and homes in residential neighbourhoods.

How would such broad zoning bylaws minimize the commonly reported problems that neighbourhoods and local residents are experiencing, such as noise complaints, pollution, criminal activity, loss of community, and safety? Frankly, it could exacerbate these negative impacts.

While city staff acknowledges that 86 per cent of the 257 complaints lodged against short-term rentals in residential areas between 2014 and 2017 were in relation to zoning, the proposed recommendations would legalize this activity in residential areas.

That’s contrary to zoning decisions made in many other jurisdictions. Atlanta, Denver, Oklahoma City, Miami Beach, Philadelphia, and California have all taken steps to reduce the impact of short-term rental activity by making it illegal in single-family zones. Why wouldn’t Toronto follow suit?

My final grievance with the proposed regulations is in respect to the allowance of up to three rooms or an entire home in a primary residence. Research conducted by the Canadian Centre of Policy Alternatives on Airbnb activity in Toronto found that a majority (64 per cent) of all listings in 2016 were for entire homes. Other cities have banned the short-term rental of entire homes to preserve the rental stock.

Our Toronto Airbnb activity study showed that a majority of the platform’s revenue (64 per cent) is generated by a small group of commercial hosts.

Common sense would suggest that a commercial host is someone who makes more than one listing available. The allowance of a maximum of three dwellings, including legal secondary units such as basements and laneways, allows commercial activity to continue to thrive — especially when stringent checks and balances are not in place when it comes to “self certifying.”

Airbnb listings for entire homes represented approximately 11 per cent of the rental stock in Toronto in 2016. That number has most definitely increased as Airbnb and similar platforms have continued to grow in popularity in the past year.

Despite the gaps in the proposal to regulate short-term rental activity in Toronto, the city staff report is a good start and includes positive measures, such as the implementation of a short-term rental tax up to 10 per cent.

But the regulations need to go further and they require regulatory teeth — actual enforcement — in order to meaningfully protect the existing stock of long-term rentals and prevent the spread of quasi-hotels in condo buildings designated as residential dwellings.

Zohra Jamasi is an economist with the Canadian Centre for Policy Alternatives’ Ontario office. She has a PhD in Economics from Ryerson University, where she also teaches Economics.