At a time when the federal government was cutting 3,100 full time positions at the Canada Revenue Agency (including highly trained auditors working on international tax evasion), CRA was given an additional $13.4 million to conduct political super audits on 60 charities. By and large these audits have targeted organizations critical of government policies. This includes CCPA.

These audits are intrusive and designed to intimidate.

The CCPA’s audit has been going on for two years. Others have been under audit for over three years. The audits send a chill throughout the charitable sector. Many organizations are reluctant to speak out for fear of jeopardizing their charitable status. Due to drastic “reinterpretation” of the rules charities previously deemed to comply with the CRA requirements have been disqualified under these audits and forced to relinquish their charitable status.

Six months ago the CCPA, and 16 other leading charitable organizations, sent a letter to the political parties asking two questions:

1) Will your party put a stop to the political super audits targeted largely at critics of government policy?

2) Will you reform charities legislation to clarify, legitimize and enhance the ability of charities to engage in public policy debates?

The NDP committed to: A) “Ending the campaign of politically motivated audits of Canadian charities; and B) Updating laws to ensure that charities’ ability to participate in public policy debates and advocacy are protected.”

The Liberals committed as follows: “We will introduce a significant overhaul of CRA operating practices to develop a client relationship rather than that of simply a taxpayer. Elements include: ending the CRA political harassment of charities, as well as clarifying the existing rules to clearly affirm and support the important role that charities can and should play in developing and advocating for public policy in Canada.”

The Greens committed to allowing charities to advocate for change: “Green Party MPs will promote revising and updating the laws relating to charitable NGOs, so that NGOs can participate in advocacy and be able to retain their charitable status and their ability to accept tax-deductible donations.”

The Conservatives did not respond, and as of now it appears that they will continue on the same path. A spokesperson for the Revenue Minister responded in an email: “The department, and the department alone, is responsible for interpreting the rules laid out in the Income Tax Act as they pertain to charities.”

CCPA is one of Canada’s leading policy research institutes. Our work is taken seriously by policy makers, experts, the media, and the public. Our research is conducted in an informed, evidence-based, non-partisan way through a lens of social, economic and environmental justice values.

CCPA and other charitable organizations are essential in bringing important issues to the forefront of public conversations.

We must condemn this attempt to silence dissent in no uncertain terms.

We refuse to be intimidated. We will carry on as we have for 35 years. Our thousands of supporters expect nothing less. 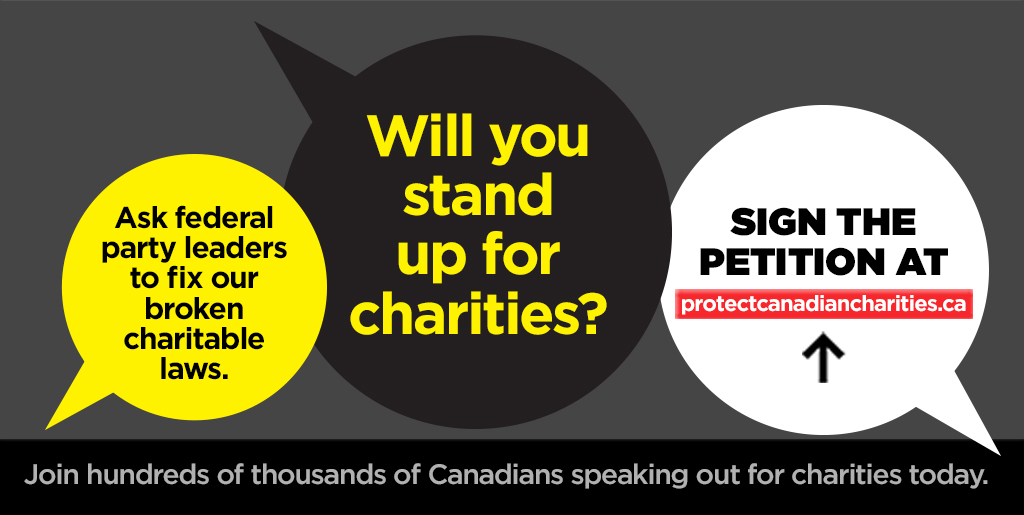 Bruce Campbell is Executive Director of the CCPA.