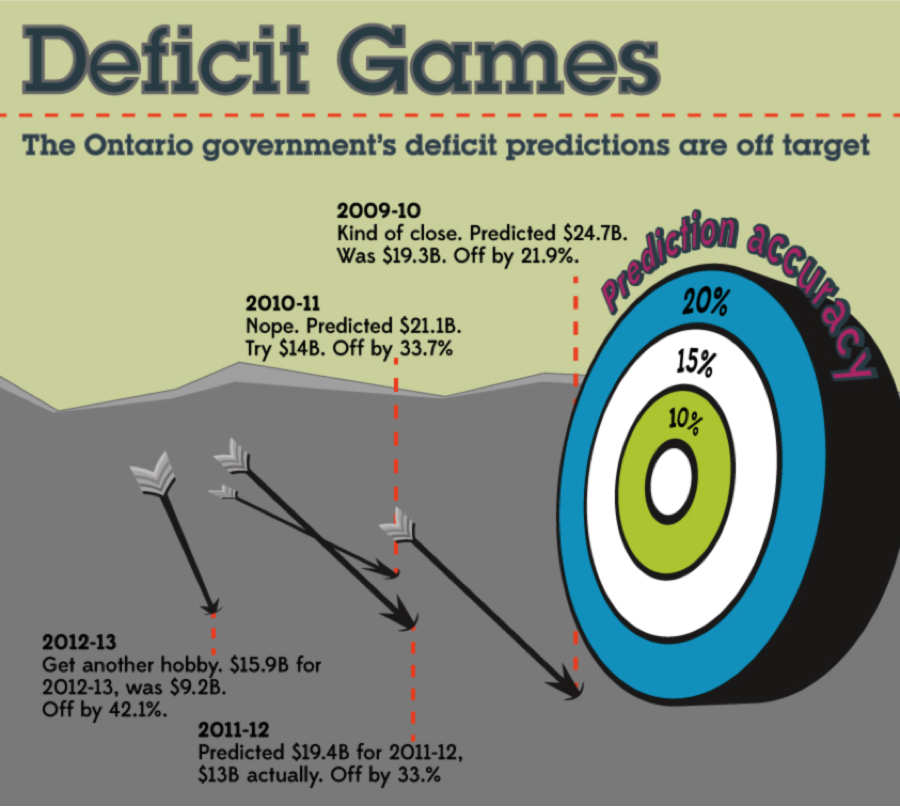 In its waning years, the McGuinty government invested heavily in creating an atmosphere of fiscal crisis in Ontario. The objective was to push the reset button on an exercise in public services rebuilding that had outpaced the tolerance of the Liberals’ more conservative backers.

The government, led by its Minister of Finance Dwight Duncan, seized upon the downturn in revenue caused by the 2008-09 recession. It argued expenditures were out of control and the province was saddled with a structural deficit that could only be addressed by cutting public services and by going after public sector unions.

To put it simply, before Ontario had begun to recover from the deepest global economic recession since the 1930s, the government declared that the obvious was not true – the deficit was not cyclical – and set out to scare Ontarians into accepting austerity as the only viable response.

The centerpiece of the government’s fiscal shock treatment was a review led by former TD Bank Chief Economist Don Drummond. And while Drummond made literally hundreds of recommendations for change – many ill-considered – the core of his report was a fiscal projection that purported to demonstrate that if the government did not take drastic action, Ontario faced the prospect of a deficit ballooning to over $30 billion.

A closer look at Drummond’s projection exposed it as little more than a carefully constructed set of assumptions designed to produce the most frightening possible deficit projection.[1]

Arbitrary and unexplained contingency amounts were added to the expenditure total – just enough to push the projected deficit over the headline-grabbing $30 billion figure.

Most tellingly, given the obvious relationship between the growth in the deficit and the 2008-09 recession, Drummond assumed the productive capacity that was idled during the recession would remain idle post-recession.

A look back at the fiscal record in the post-recession period demonstrates how assiduously the government worked to paint a picture of fiscal doom.

The pattern has been one of consistent exaggeration of Ontario’s budgetary deficit. Every year the final deficit numbers turn out to be significantly lower than originally forecast.

What’s more, the improvement in the prior years’ inaccurate forecasts are never reflected in revised forecasts to more accurately inform deficit projections for future years.

The CCPA’s March 2012 deconstruction of the Drummond report’s fiscal projections showed that, taking Drummond’s forecasts for economic growth and inflation as given, reasonable and consistent assumptions would yield a projected deficit in 2017-18 of $6.5 billion while maintaining real per capita spending.

It also demonstrated that the difference between Drummond’s projected $30 billion deficit and the realistic projection of $6.5 billion is attributable to exaggerated assumptions that transformed a projected manageable deficit into a “fiscal crisis”.

There is no structural deficit in Ontario. There is a lingering, but manageable, cyclical deficit – trumped up by a deficit crisis narrative the government itself helped fuel two years ago.