The Next Four Years: An Ontario election post-mortem 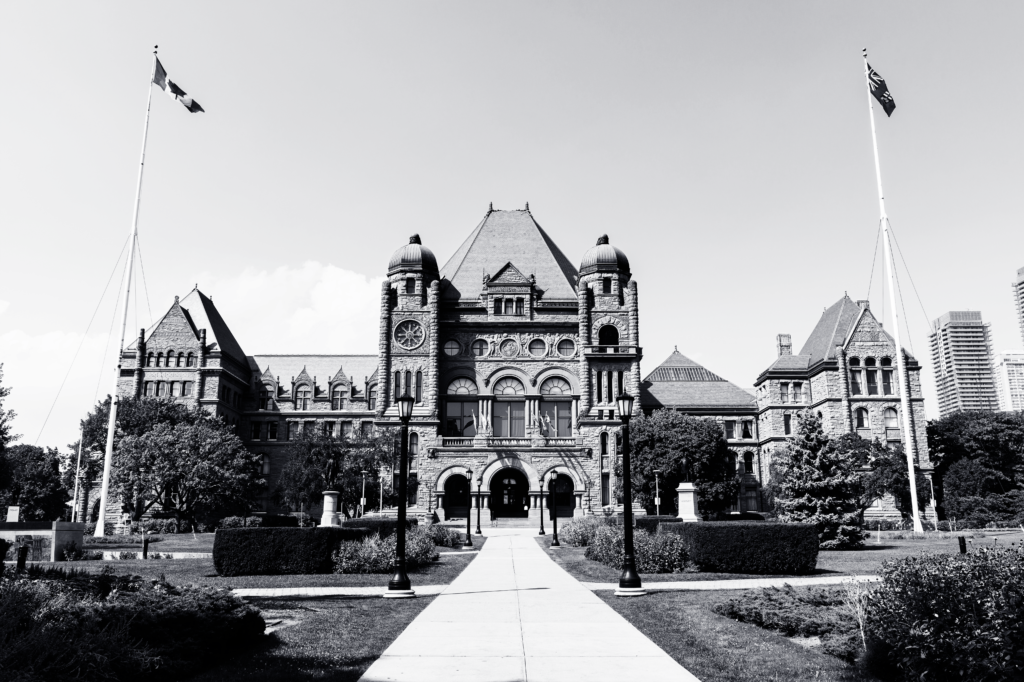 Take a deep breath, Ontario: we have reached the conclusion of this bizarre and dramatic election period. We wade now into unchartered territory.

Sure, there have been PC governments before. But there has never been a PC government quite like the one we are about to experience under Premier-designate Doug Ford, who swept into power on a thin platform that was never fully costed.

Economists estimate at least a $10 billion fiscal hole in the party’s promises. That means there will either be deep and painful cuts, a lot of unfulfilled promises, or both.

Progressives who hoped Ontario was on the brink of a major expansion of social programs—universal dental care, pharmacare, child care, affordable housing—will now be tasked with turning that hope into resolve.

Resolve to protect the most vulnerable in this province from the kind of massive public service cuts that did harm to real people, families, and entire communities under the previous PC government led by Mike Harris.

Since 2003, a succession of Liberal governments undid some of the damage from those years, but there remains much more to redress.

Democracy isn’t just about casting a vote at election time; democracy happens in between elections, too. There is a role for progressives to play through social justice, environment, and labour movements.

Together, we have a job to do over the next four years.

Turning hope into resolve; it’s a familiar role. As progressives, we have done it many times.

We focus on what’s possible. And we hold governments of all stripes to account.

Every party promised to cut emergency room crowding in hospitals. The Canadian Centre for Policy Alternatives will track any movement on this front and we will make the case for investments in nurses, new beds, as well as improvements to home care and long-term care for seniors.

All parties promised investments in mental health. We’ll hold this government to account for its promises to do so.

The education formula devised under the Harris government was flawed from the beginning. Schools in a chronic state of disrepair and underinvestment in special education remain the legacy. The Canadian Centre for Policy Alternatives laid out a blueprint to fix the funding formula. We remain resolved to keep this in the spotlight.

And let’s not give up on a $15 minimum wage, on $12 a day child care, on universal pharmacare and dental care. Let us resist having our vision for Ontario’s future hemmed in by the government in power and continue to push for a progressive, equitable future.

Because policies that invest in Ontarians are good for Ontario and its economy. A province with a healthy, well educated, decently paid workforce is the kind of place where people want to live. We know this. We have the research to prove it. Let’s not take this vision off the table in the coming four years.

Focusing on the future

Meanwhile, the opposition parties will undoubtedly be taking stock of what just happened and what it means for their future.

Liberals will be in search of a new leader and may find temptation in veering toward more right-wing ideology—like the kind that informed the decision to privatize Hydro One. But let there be a lesson in the politics of privatization: Kathleen Wynne was a fairly popular premier until her government decided to hand majority shares of Hydro One over to the private sector.

Both Liberals and the NDP would be wise to also consider how much their proposals to protect workers and to expand social programs resonated with the general public.

The majority of voters chose other parties that were offering more, not fewer, public services. The majority didn't vote for cuts. They just didn’t win the seat count in this first-past-the-post electoral system.

A lesson for any government that wishes to be activist, to move the needle on progressive social policy: don’t wait until the year before an election to lead the way. Don’t act like you’ll have more than one mandate to make a difference. Be bold.

Now is not the time for progressives to accept incremental improvements to the status quo or to simply switch into reactive mode. We must lead and protect.

And now, about strategic voting. An Ipsos election day poll indicates 42 per cent of voters went to the polling stations to vote strategically. Another election waged on an “anybody but…” approach should be seen for what it is: an investment in the politics of cynicism. That divides, rather than unites us. That erodes our faith in public institutions to enact change for the better. And progressive policies usually suffer in the end.

If this election teaches us anything, it is that we desperately need electoral reform, so that people are liberated to vote according to their values and not strategically based on what they don’t want.

The road forward starts with a call for all progressives to make a clear and resounding case to the people of Ontario that now is the time for this province to make meaningful democratic reform. Now is the time to bring in proportional representation—an electoral system that reflects the true wishes of the majority of voters.

The status quo can no longer be the only option.

Along the way, you can count on the Canadian Centre for Policy Alternatives to hold this (and any) government to account, to make the case for strategic investments in public services and supports, to track any cuts, to offer alternative solutions, and to speak truth to power. That’s what we do and it is what we will continue to do.

Work with us. Support our work. Join us in our resolve for a better Ontario now and four years from now.