The meaning of the third of November to the Negro 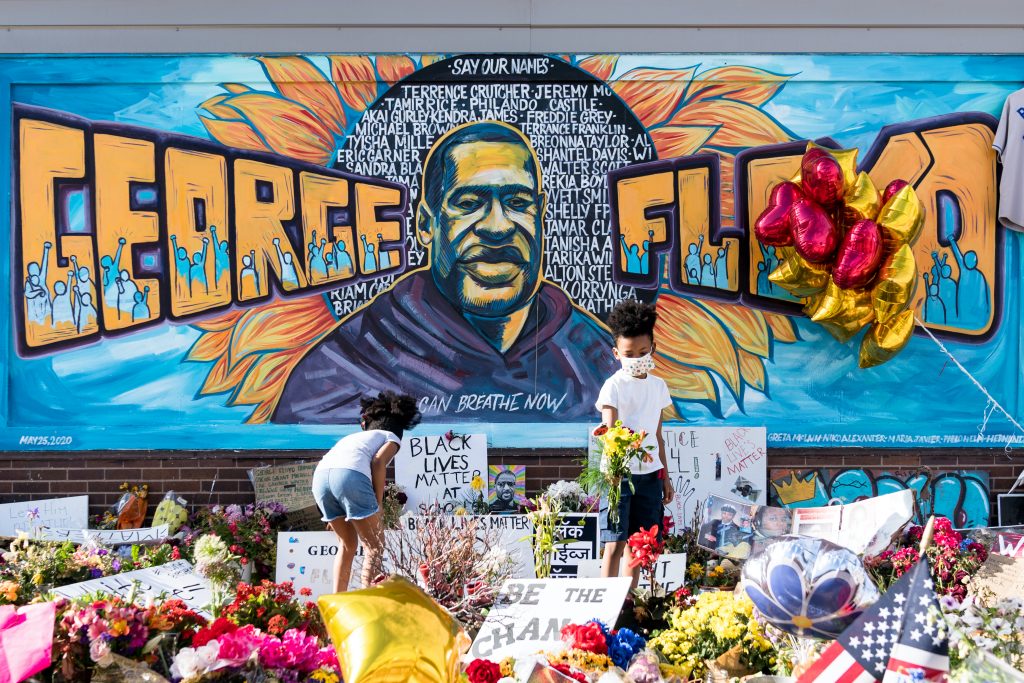 I started writing this column on September 18 as my social media feed filled with posts about National Black Voter Day, marking 50 days until the U.S. presidential election on November 3.

Trump’s last year of his first presidency has been traumatic for Black lives. The president condemned the newly insurgent police reform movement as being made up of “THUGS”—not tens of thousands of everyday Americans protesting the police killings in March of Breonna Taylor and George Floyd. In late August, Trump tweeted his sympathy for the teen killer of three peaceful Wisconsin protesters demanding justice for Jacob Blake, another Black man shot by police. Against the wishes of Portland’s mayor, he sent federal officers to that city in a military-style operation dubbed “Diligent Valor” and, in late September, declared Portland an “anarchist jurisdiction.” He dismissed the civil rights legacy of John Lewis after his passing this summer, in a case of sour grapes over the fact the respected Georgia Democrat had refused to attend the president’s inauguration.

Calls to remove the statues of notoriously anti-Black Americans are merely the “cancel culture” of “left-wing mobs” to Trump, who vowed to pass an executive order enforcing “patriotic education” versus more comprehensive histories of slavery. Trump has ordered the Office of Management and Budget to flag any costs related to antiracism training sessions, while OMB Director Russell Vought has asked federal agencies to specifically target training on critical race theory and white privilege. Trump has even blamed the Black Lives Matter movement for spreading COVID-19—a virus that has disproportionately affected and taken the lives of African Americans and people of colour.

As Americans grapple with the prospect of four more deleterious, dreaded and dumbfounding years with Trump still in the White House, National Black Voter Day is a sign that many Black Americans feel the stakes are especially high this election and that their votes matter like perhaps never before.

COVID-19 has reiterated the borderless reality of anti-Black racism. Black residents make up 7.5% of Toronto’s population but 21% of the city’s COVID cases, while in Ottawa, 66% of residents who have tested positive for COVID-19 are either Black or from other non-white backgrounds. Many politicians here, too, sidestep conversations about systemic racism while condemning our own coming to terms with Canadian history as just more “cancel culture.” As such, I found myself following the daylong #NationalBlackVoterDay campaign curiously, perhaps longingly. I was captivated by the steady flow of clips and commentary filling my timeline with their motivating messages of the power of Black voices.

Ironically, though, the longer I watched the stream of sometimes revival-like inspiration, the more I became gripped by sinking feelings of despair. Furtively, I asked myself, Do Black voters really matter?

While I firmly believe that all Black people should exercise their right to vote as they see fit, including the right to not make their mark at the ballot box, I personally view voting as a positive civic obligation. It’s a responsibility I proudly take on, as a fundamental right gained and paid for in the blood, sweat and tears of my African ancestors as they struggled from the plantations to their liberation. But given we are clearly not yet free, to me, voting is not simply a duty of democracy but a demand of Black freedom.

Why then did I feel such despair watching African Americans rally around this right on National Black Voter Day? I began to imagine what I’d do faced with the same presidential choices they now face. Can we call it a real choice? I’m still not sure, and am relieved that I don’t have to make it, given that I’m not American.

On the one hand, if we’re talking about the lives and interests of Black communities, it would be intellectually dishonest for me to say that there is absolutely no qualitative political difference between a would-be Trump-Pence Republican presidency and a would-be Biden-Harris Democratic presidency. In office and well before that, Trump has shown open disdain for, and even supported outright opposition to, African American interests in the areas of criminal justice, education, employment, housing and health care. While Biden and Harris both have some deeply troubling tough-on-crime skeletons in their political closets, their overall track records suggest they would be less averse than their Republican opponents to advancing laws and policies that protect and promote the interests of African Americans.

But this is precisely the problem. Where the alternative to not voting is the possibility that anti-Blackness will be a few degrees less intense than it might otherwise be, there can be no choice for African American voters that doesn’t feel like a co-signature on the perpetuation of racial inequality and discrimination.

Surely the centuries-long, multi-generational struggle of African Americans—from slavery to abolition to the right to vote and full civil equality—cannot culminate in this dreadful false choice at the end of 2020. Surely their struggle was for a greater vision and version of Black emancipation at the ballot box and beyond.

Reflecting on this, I remembered the sobering words of emancipation era abolitionist Frederick Douglass, who, in one of the most incisive and excoriating critiques we have of American freedom, exposed the callous hollowness of the 1852 Independence Day celebrations. In his address, “The Meaning of July Fourth for the Negro,” Douglass said:

What, to the American slave, is your 4th of July? I answer; a day that reveals to him, more than all other days in the year, the gross injustice and cruelty to which he is the constant victim. To him, your celebration is a sham; your boasted liberty, an unholy license; your national greatness, swelling vanity; your sound of rejoicing are empty and heartless; your denunciation of tyrants brass fronted impudence; your shout of liberty and equality, hollow mockery; your prayers and hymns, your sermons and thanks-givings, with all your religious parade and solemnity, are to him, mere bombast, fraud, deception, impiety, and hypocrisy—a thin veil to cover up crimes which would disgrace a nation of savages. There is not a nation on the earth guilty of practices more shocking and bloody than are the people of the United States….

I wondered, were he alive today, what would Douglass have to say about the meaning of this third of November to African Americans. Would he also see in this false choice another gross injustice and cruelty to which African Americans are the victim, making the election a sham, a hollow mockery, fraud and deception?

He might. But he also might point to other developments making it necessary to keep pushing for increased Black voting. For instance, in opposition to Trump’s vilification of Black people and open support for white supremacy, there are the hugely popular NBA strikes for Black lives, the defunding of police in at least 13 U.S. cities including Austin (which redirected a third of that money to social programs), and a resurgence of Black mutual aid societies to provide COVID-19 support where the state has failed to do so.

Based on my readings of Douglass, I think he would have welcomed National Black Voter Day and encouraged African Americans to vote in this election, to help support and advance these reforms. I imagine he’d urge African Americans and their allies to continue fighting every day to make every subsequent vote mean much more than the one before it.

Naturally, I’d agree with him. That’s how you truly make Black voting mean what our ancestors dreamed it should.