The high cost of eliminating the deficit 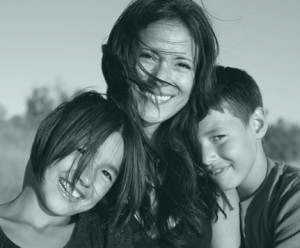 Canada’s federal government ran a deficit for nearly thirty years – from the late 1960s to the late 1990s. Successive Conservative and Liberal governments delivered programs, implemented economic and fiscal policies, and ran the country, without balancing the budget. The sky did not fall. The fabric of Canadian society did not unravel. Nobody fell off a fiscal cliff.

Where did the obsessive concern with a balanced federal budget come from and how did it gain such currency in the popular imagination?

The ideological origins of this obsession lie in the neo-liberal drive to diminish the role of governments to an ever-shrinking island ‘entire of itself,’ disentangled from economic and social relationships with its populace. Even within this framework, the ties that bind the government to the economy are never quite cut in practice. Governments are still called upon to interfere to the extent that that interference is perceived as stabilizing (of currencies, of debt, of international relations).

The ideological inconsistency of this ‘come-here-no-go-away’ approach to the role of governments manages to sustain itself in no small part thanks to the social logic that underwrites it. When Shakespeare’s Polonius advises his son that he should ‘neither a borrower nor a lender be,’ he is cautioning against indebtedness and dependence. Indebtedness is to be feared because it might circumscribe his ability to act in his own best self-interest, just as government interference in the marketplace is shunned by conservative economists for undermining the ability of consumers to decide for themselves what serves them best.

The willingness of the chief advocates of non-interference to accept government interference when it is in their interest is well-documented—consider bank bailouts, corporate tax cuts, industry friendly legislation. What, then, sustains the fascination with debt and deficit? It is precisely the social model of human behaviour offered by Polonius to his son—independence, disentanglement from obligations to others, a bachelor’s life. Strange advice coming from a father.

The conservative economic concentration on balancing public budgets is built upon an economic and a social error of judgement. Economic growth in Canada does not rise and fall with budget balance. A century of intermittent and prolonged periods of budget imbalance in Canada stand as witness to that fact. On the contrary, deficit spending in times of economic downturn provides an important stimulus to economic growth in the absence of market-driven demand.

No person, nor any government, is an island entire of itself. To paraphrase Donne, every one is a piece of the continent, a part of the main. Politicians are fond of reminding their audiences that the public purse is filled with the public’s money. What is that, if not indebtedness? Why then repay that debt by withdrawing supports from that public? Why cut services to veterans and the unemployed? Most puzzling of all, why has the public supported economic policy so clearly not in their own best interest?

Here too lies a misunderstanding, both social and economic.

When polls show that Canadians are concerned with the economy, it is not a sign that every Canadian wants to be the next finance minister, it’s sign that Canadians are worried about their own economic security. They want to know: will I have a job next year? Will I make enough to pay my bills? Can I afford to send my children to university or college?

As budget cuts translate into diminished services and supports for families, those families have picked up the tab. Why? Because they recognize their own interdependence. Because interdependence is what families and communities are made of. Parents re-mortgage their houses to send their children to school. Teachers spend their own money to buy school supplies for students who can’t afford them. Families pitch in to pay for their aging parent’s prescription drugs.

In the place of the slow withdrawal of government into isolation from its own citizens, it is time to ask our governments to reconsider their indebtedness to Canadians and our mutual inter-dependence. We owe it to ourselves.