The best candidate for the job? Some real talk about the meritocracy

Ottawa City Councillor Diane Deans recently proposed the creation of a women's bureau to support greater engagement of women in city politics. When questioned about the initiative Ottawa Mayor Jim Watson said it wasn’t necessary, concluding that: “At the end of the day, when I go into the polling station, I want to vote for the most competent person. If that happens to be a woman, she'll get my vote. If that happens to be a man, he'll get my vote." He went on to argue that a woman politician arguing for the support of more women in elected office is in a conflict of interest.

OK, time for some straight talk about the meritocracy. Let’s just examine the logic of this argument. 1. We all vote for the person with the greatest competence (Trump, anyone?); 2. Therefore, the persons elected to office represent the natural selection of the most competent representatives of our community (because nobody faces any barriers to running for office); 3. In cities in Canada 28% of city councillors are women and 18% of mayors are women; 4. Ergo, men are three times as competent as women (or five times as competent as mayor). 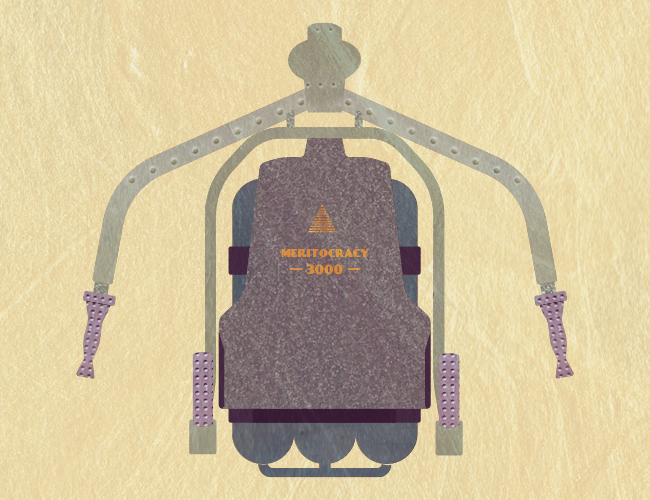 Do you see where the logic of this is going? The Federation of Canadian Municipalities doesn’t collect data on diversity in municipal politics, but let’s be clear, it’s pretty white out there. The logical conclusion of the meritocracy argument, then, is that white men are more competent than everyone else. That is a racist and sexist conclusion. By definition. Straight out of the nineteenth century.

Now let’s talk about this conflict of interest. Mayor Watson argues that Councilor Deans is in a conflict of interest because she is an elected official supporting the election of a particular group (half the population). This is called representation. This is what we elect our officials to do: represent us. And if we are under-represented in our political institutions, then one of the means to shift that balance is to have support from elected officials. Supporting representation for the underrepresented half of the city is not a conflict of interest. It’s, dare I say it, the sign of a competent politician.

So why do nice guys like Mayor Watson (and so many others, no need just to pick on Jim) make such an appalling argument? Here’s the thing. We aren’t rational. I know, it comes as a blow. But we make all kinds of decisions, including who gets our vote, for all kinds of reasons. Those include the comfort of seeing someone who looks like us in office. Those include the pleasure of being a part of an in-group. Those include the displeasure of hearing a world view that doesn’t match ours, or worse yet, implicates us in discrimination.

On a deeper level the meritocracy argument is about ego. No one wants to hear that their achievements aren’t totally the result of their own virtues. I don’t want to hear that I got where I did for some reason other than hard work and smarts. But here’s the thing. I did. Middle class family. White. I could afford to spend the better part of decade in school. Which meant I got the Ph.D., which is a thing that gives me power. Not because I’m extra smart. But because I could afford it.

It is a pain in the ego to take that in. Live with it. But you cannot hold the opinion that discrimination exists in the world and that relations of power are unequal and, at the same time, hold the opinion that your white male self is in power solely as the result of merit. You just don’t get to do that, Jim.