Ten things to know about affordable housing in Alberta

People without affordable housing suffer from poor health outcomes, have difficulty finding and sustaining employment and are at greater risk of having their children removed by child welfare authorities.

Here are 10 things to know about affordable housing in Alberta specifically:

1. The previous provincial government undertook important initiatives pertaining to affordable housing. In its 2016 budget, the previous government announced the near doubling of provincial spending on housing. This represented a total of $892 million in new funding, spanning a five-year period.

4. Female lone-parent households in Alberta also face a particularly high rate of core housing need. More than 27% of these households were in core housing need in 2011. However, that figure likely dropped after the previous government introduced the Alberta Child Benefit, a major feature of the 2016 Alberta budget.

5. Members of Alberta First Nations also experience very high rates of core housing need. In fact, the rate of core housing need for Status Indians is nearly 25%—more than double the rate for non-Indigenous households in the province. And get this: these core need figures do not account for households living on reserve (if they did, that figure would be much greater). I should also note that more than 25% of  persons experiencing absolute homelessness in Alberta identify as being Indigenous, even though Indigenous peoples make up just 7% of Alberta’s total population. 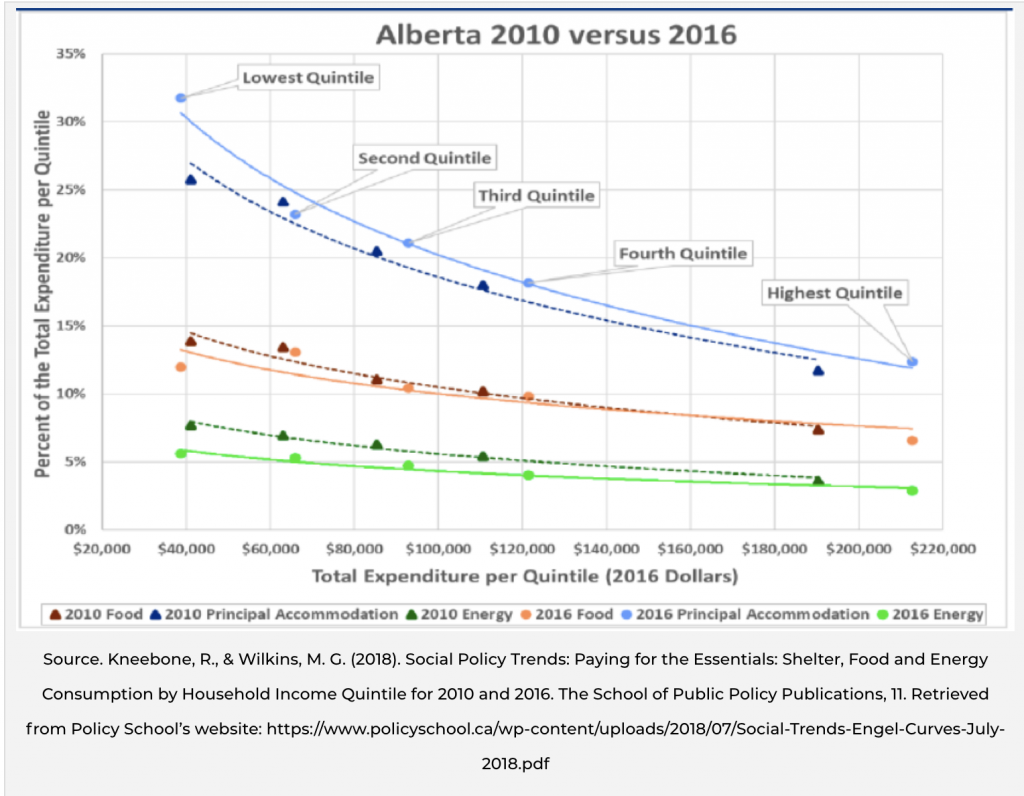 9. Going forward, the impact of the federal government’s National Housing Strategy will be modest. Recent analysis by Canada’s Parliamentary Budget Officer (PBO) projects future federal housing spending to actually decrease over the next decade (relative to Gross Domestic Product). The same analysis projects that total spending on Indigenous housing by Canada’s federal government will be “substantially lower” going forward. (For a general overview of the National Housing Strategy, see this analysis.)

10. There are considerable cost savings to be realized when investing in affordable housing, especially when the tenants have serious mental health challenges. Subsidized housing for vulnerable subpopulations (including persons with mental health challenges) that is accompanied by professional staff support is referred to as supportive housing. Recent analysis in Calgary estimates considerable cost savings in the health and justice sectors attributable to formerly-homeless persons receiving supportive housing.

I wish to thank the following individuals for invaluable assistance with the housing chapter of this year’s AAB: Meaghan Bell, John Kmech, Claire Noble, Chidom Otogwu, Steve Pomeroy, Ron Kneebone, Vincent St. Martin, John Veenstra and one anonymous reviewer. Any errors are mine. This blog was originally published at nickfalvo.ca