Taking Stock of the Government’s Feminist Policy Agenda: Where to next? 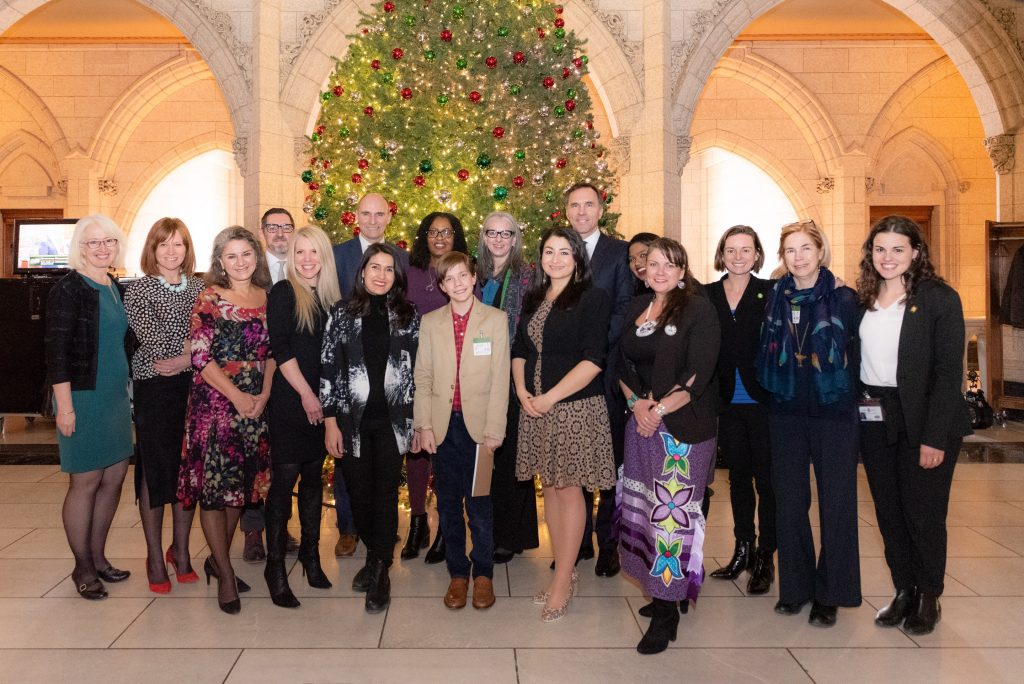 Last week, the federal government hosted a Roundtable on Women’s Economic Participation in honour of our dear colleague, Kate McInturff. Kate touched many lives with her intelligence, wit and passion for social justice—here in Canada and around the world. She was able to expertly shift from relatable media pundit to feminist compatriot to policy advocate—testifying to decision-makers about policies that would lift women out of poverty, narrow the wage gap and address gender-based violence.

No doubt, she would have been pleased about the opportunity to review the government’s record on gender equality since taking office, and to offer up new ideas to advance gender equality in the coming year. Kate always had her eye on the end game.

Kate herself noted, writing about Budget 2018, that the government “delivered on pay equity, on supports for women entrepreneurs and … a little something for women in sports. Investments in childcare, women’s organizations and ending violence against women looked a little more like baby steps than a giant leap, but they still represent progress.”

“What won’t look so different are the waiting lists for childcare and the incredibly high fees. Women won’t be seeing a great deal of job growth in the sectors where they work now. Women living in low income will continue to struggle. Indigenous and racialized women and women with disabilities will still see bigger gaps in pay and employment than white women.”

These were key themes in the Roundtable discussion. Looking to 2019, with the federal election on the horizon, there was broad agreement that action is needed on several fronts to lay the foundation for substantive and lasting progress on women’s economic security and gender equality, including:

“I know this isn’t the Make a Wish committee,” Kate told the Finance Committee in September 2017. “But if I can convince you to take one action to make one change that has the power to change lives and indeed to save lives while I still have the energy to harass you, it is this: invest in women’s organizations.”

In Canada, direct federal funding of women’s organizations represents a miniscule proportion of the budget. In 2015, it was less than one one-hundredth of one percent of total federal program spending.[1] New investments in the Women’s Program and the Strategy to Prevent and Address Gender-based Violence, as well as the internal capacity of the Status of Women Canada have improved this situation. The departmental budget will more than double by the next fiscal year. But this still amounts to less than two one-hundredths of one percent (0.017%) of total federal spending.

After a decade of neglect, feminist scholars and advocates at the Roundtable stressed, there is still much to do. The Alternative Federal Budget 2019 is recommending that government raise departmental funding to $100 Million—here including the Women’s Program—and bring federal per capita spending on gender-based violence in line with provincial spending in this area at an estimated cost of $500 million annually.[2]

In Kate’s final blog, “Love and Spreadsheets,” she called on us to always question, not to be put off by decision-makers who were sympathetic, but said there was no money to end violence, to provide quality care, to fund women’s organizations. Kate crunched the numbers: “Turns out there is money to be had for these things. Turns out that with a calculator, a passing knowledge of tax policy, and a big love of data, a woman can show you the money.”

The Roundtable on December 13th was a moment to remember our wonderful colleague and celebrate her remarkable legacy. It was also a moment to reflect on the work ahead.

It is no longer 2015, and the 2019 election will be a telling bellwether of just how deep the political will is to keep moving on tangible, impactful policy that will address the persistent gaps in women’s personal and economic security. To truly close the gap for women living in Canada, we need sustained action. We need better funding for women’s organizations. We need policy that targets discrimination against Indigenous and racialized women and women with disabilities, and much more. And we need decision-makers willing to put in the long-term work necessary to achieve lasting change, beyond the next election.

To honour Kate’s legacy and carry on the important work of fighting gender-based inequalities, the Canadian Centre for Policy Alternatives is establishing a fellowship in her name. You can learn more about the fellowship here.

[2] A Blueprint for Canada’s National Action Plan (NAP) on Violence Against Women and Girls. http://endvaw.ca/our-work/blueprint-for-canadas-national-action-plan-on-violence-against-women