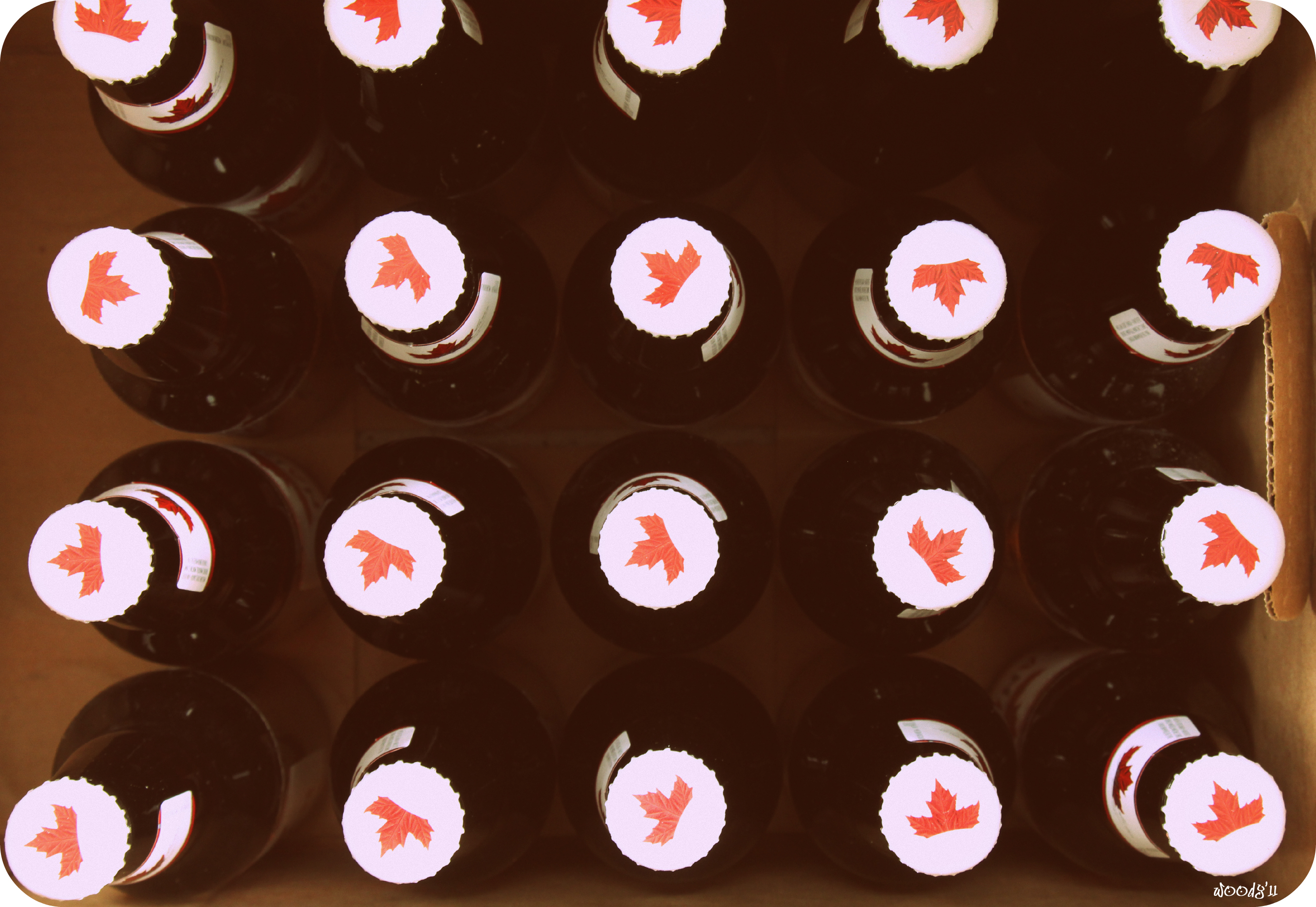 The Supreme Court gave Canadians cause to celebrate this April in its R v Comeau decision. However, because of the way the ruling was covered in the media, most people will not know how much was at stake and what we might have lost had things gone the other way.

Tagging it the “free the beer” case, the media generally criticized the Supreme Court’s decision as an affront to some fundamental right to cheap beer. In 2012, New Brunswick resident Robert Comeau was fined for possessing alcohol he had purchased at liquor outlets in Quebec in contravention of New Brunswick’s Liquor Control Act, which limits the quantity of out-of-province alcohol residents can possess. Comeau took his case to provincial court and convinced judge Ronald Leblanc that the Liquor Control Act was unconstitutional.

Leblanc did not follow Supreme Court precedent and gave a novel interpretation to Section 121 of the Constitution that says goods from any province shall be admitted free into other provinces. He acknowledged that finding New Brunswick’s law unconstitutional would fundamentally change Canadian federalism and “have a resounding impact.”

When the Crown appealed to the Supreme Court, Canada’s top justices unequivocally rejected Leblanc’s ruling. The Court clarified the meaning of Section 121, saying it cannot be interpreted as “imposing an absolute free trade regime within Canada” or in a way that “would impinge on legislative powers under ss. 91 and 92 of the Constitution Act, 1867.” (Sections 91 and 92 spell out the division of powers between federal and provincial governments.) In critiquing Leblanc’s reliance on one historian’s view of the original intent behind Section 121, the Supreme Court said that “the historical evidence nowhere suggests that provinces would lose their power to legislate under s. 92 of the Constitution Act, 1867 for the benefit of their constituents even if that might have impacts on interprovincial trade.”

The Court’s unanimous decision is a stunning setback for what has been termed “trade creep,” or the increasing dominance of trade considerations over more and more areas of government policy. Canadians are being subjected to an ever-louder drumbeat to embed the restrictions on government contained in international free trade agreements within domestic law. (See the special feature in the July-August Monitor on “progressive” trade for an alternative view of these agreements.)

After Comeau had won in provincial court, one commentator portrayed him as a “national hero” striking a blow against the supposedly huge economic burden caused by interprovincial trade barriers. Former Senator David Angus, when asked to justify his oft-repeated claim these barriers cost $50 billion a year, admitted he was taking high numbers out of the air to make a political point.

Absent from most media reporting on the Comeau case was discussion of whether New Brunswick could have valid reasons for not wanting to have its alcohol legislation undermined by cross-border beer runs. Comeau himself complained he did not know why he can buy cars or clothes in other provinces and bring them back but not beer.

While getting lower prices and more choice through interprovincial competition may seem like an unquestionable benefit, alcohol is no ordinary commodity. A World Health Organization report identifies higher prices, restricted availability, and government alcohol distribution monopolies as proven methods of reducing alcohol-related harm. And more revenue from higher taxes on alcohol can help governments address the added health and criminal justice costs that result from its consumption.

This case, though, was about much more than alcohol. The basic argument that Comeau’s lawyers advanced before the Supreme Court is that an extremely broad interpretation should be given to what constitutes a “non-tariff” trade barrier, which they defined as any “restriction on the movement of goods that is not a tariff trade barrier.” By doing so, they attempted to import international trade agreement concepts into the Canadian constitution.

Since the 1990s, these agreements have been less about lowering tariffs and more about redefining pretty much anything government does as a possible trade barrier. That way, environmental regulation, consumer protections, health and safety rules and publicly delivered services can be challenged in a legal context that gives priority to commercial interests.

Comeau’s lawyers also argued that certain powers governments currently have, like maintaining provincial liquor distribution monopolies, should be simply prohibited outright as unconstitutional. They stated Section 121 should be “paramount over any legislative restriction on the interprovincial movement of goods made under either s. 91 or 92.” That would prohibit, for example, legislation in Northwest Territories that allows its citizens to decide for themselves in local plebiscites whether they want their communities to be dry.

Given how difficult it is to change the Canadian Constitution, such government policy options would in effect be eliminated for all time, regardless of the wishes of the electorate. The Supreme Court ruled, however, that laws that have only incidental effects on trade do not violate Section 121: “To prohibit incidental impacts on cross‑border trade would allow s. 121 to trump valid exercises of legislative power.”

Of course, stripping governments of their constitutional powers would have been a desirable outcome for the anti-government interests supporting Comeau.

If you are wondering how a retired worker like Comeau had the money to hire a team of lawyers and take a constitutional challenge all the way to the Supreme Court, the answer is that he did not. The Canadian Constitution Foundation (CCF) backed him, seeing in the case an opportunity to advance a key aspect of their agenda—to get a Supreme Court ruling “against government meddling in all transactions across provincial boundaries.”

The CCF, whose directors include board members and staff from the Fraser Institute, also contributed to Brian Day’s challenge to B.C.’s ban on private health clinics. Like its counterparts in the U.S., such as the Federalist Society, the CCF works to achieve constitutional rulings that would set government on a permanent right-wing trajectory.

Provincial governments intervened at the Supreme Court to say they were working toward eliminating interprovincial trade barriers through negotiation. They cited the recently signed Canadian Free Trade Agreement that provides for monetary penalties of up to $10 million and allows businesses to launch CFTA challenges against government legislation. The CCF, though, dismisses the CFTA as having too many exceptions and sought to do away with them with one fell swoop through a constitutional ruling.

But it was a high-risk gamble for the CCF to tell the Supreme Court its previous decision on Section 121 had been made in error, and a gamble that they lost badly. The Court did not have to clarify the meaning of Section 121. The fact that the lower court judge had not properly followed precedent was enough to overturn his decision.

However, since they had been invited to interpret Section 121, the Supreme Court did so—with no dissenting opinions, and in a way that left the CCF and right-wing commentators apoplectic.

In order to establish that a law violates Section 121, the Court ruled a complainant would have to prove that the law “in essence and purpose” restricts the trade of goods across a provincial border. If that cannot be proven, the complaint immediately fails. If complainants pass the first hurdle, then they additionally have to prove that the primary purpose of the law is to restrict trade. Laws that have incidental effects on trade as part of a broader regulatory scheme “do not offend” Section 121.

Unlike the WTO and other trade regimes, the Supreme Court did not say governments can only maintain laws that might restrict trade if they can prove they are “necessary.” So, in contrast with trade panel rulings, the Supreme Court decision means no judicial weighing of whether governmental objectives are “legitimate” or sufficiently “important,” no second-guessing governments on whether they could have done something else that was more effective and less trade restrictive.

In a blow to Alberta’s recent legislation targeting B.C. for the latter’s opposition to the Kinder Morgan pipeline, the Supreme Court did state that laws with the purpose of punishing other provinces could be judged to have the primary purpose of restricting trade and therefore be unconstitutional.

Provinces intervened in the Comeau case with eloquent arguments on why the Court should not agree with Comeau. Alberta stated Section 121 should not be interpreted in a way that would frustrate provincial capacity to support local industry and employment. Ontario said Comeau’s argument would “constitutionalize a particular economic philosophy that views unfettered trade as a supreme good to be facilitated, and government regulation of goods as an evil to be minimized.” It would require deregulation and invite judicial activism, empowering judges to rule on the merits of government policies.

Quebec said its margin of maneuver to legislate in the public interest would be greatly diminished. B.C. warned that if all differences in provincial regulations and taxes were defined as a “non-tariff barrier,” this interpretation would be incompatible with both democracy and federalism and would violate “the right to decide differently.”

One would hope that the provinces would remember their words the next time they are asked by the federal government to give their consent to a free trade agreement that offends these democratic values.

Ellen Gould is a researcher on international trade and a research associate with CCPA-BC. This article is taken from the July-August issue of the Monitor.