The unemployment rate dropped to 6.4%-the lowest level since September 2008. But the underemployment rate–the rate that also tracks involuntary part-time workers and discouraged workers–remains much higher than it was in 2008 at 10.7% (12-month-moving-average).

Meanwhile in the United States, the Bureau of Labour Statistics reported another strong showing from the US labour market. There were 215,000 new jobs in July.  Slightly lower than expected, but still robust enough to indicate some strength in the American economy.

This week, the loonie dropped to its lowest value against the USD in 11 years.

The impact of this US employment growth and low Candian dollar is starting to show up in the trade numbers. Earlier this week, Statistic Canada reported strong growth in exports to the US in June.

A strong US economy, low Canadian dollar and strong growth in exports would normally be expected to result in a rise in Ontario employment, particularly in the manufacturing sector.

The chart below says it all: 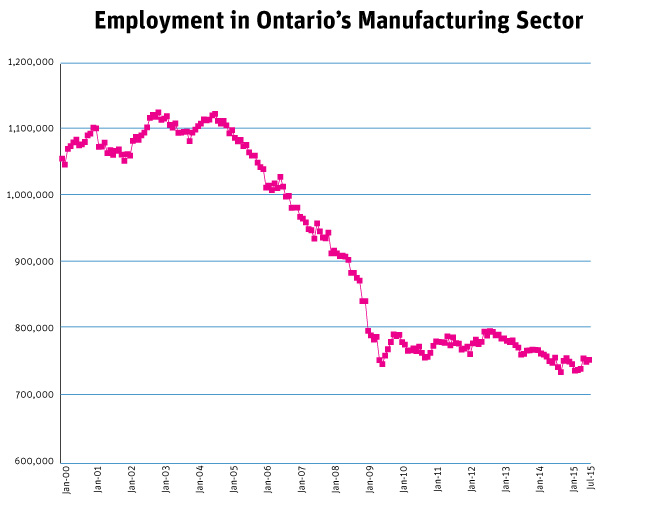 Ontario saw some recovery in manufacturing jobs in the first two years after the recession, but the declining trend continued after 2012.

Yesterday, David Rosenberg wrote in the Globe and Mail that the hollowing out of manufacturing capacity during the period of an over-valued dollar may make those losses permanent. At the same time, other analysts and some politicians have suggested that Ontario can expect its job creation engine to pick up steam as the US economy picks up and the loonie drops.

For now, Ontario’s labour market continues to keep its head above water, but we continue to wait for that all-important recovery in manufacturing employment .

The table below shows the year-to-date impact of July's labour force developments in Ontario: 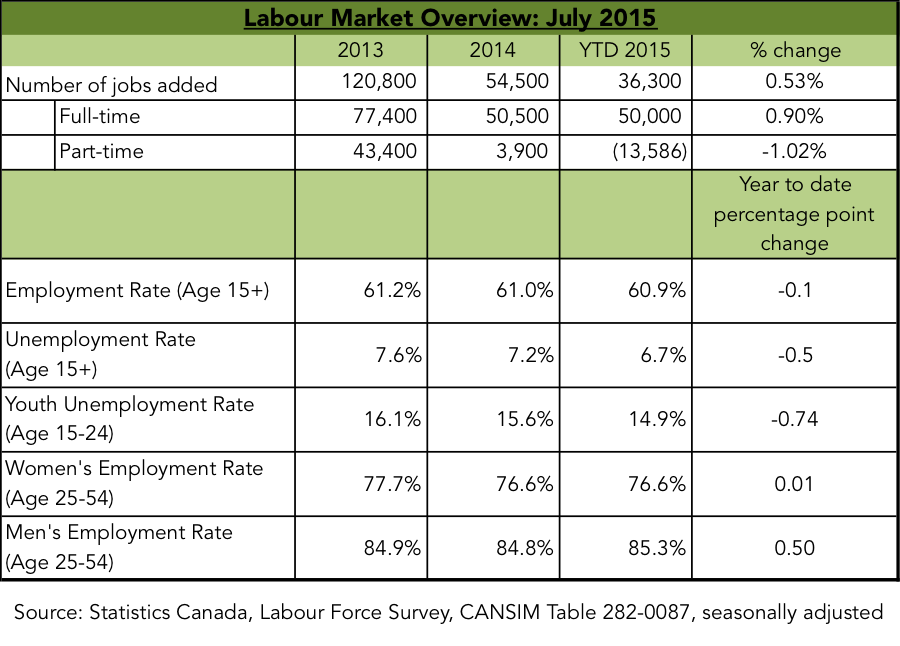