An economic slump is behind Erdoğan’s power grab, but democracy and unity will be its first victims, writes Asad Ismi. 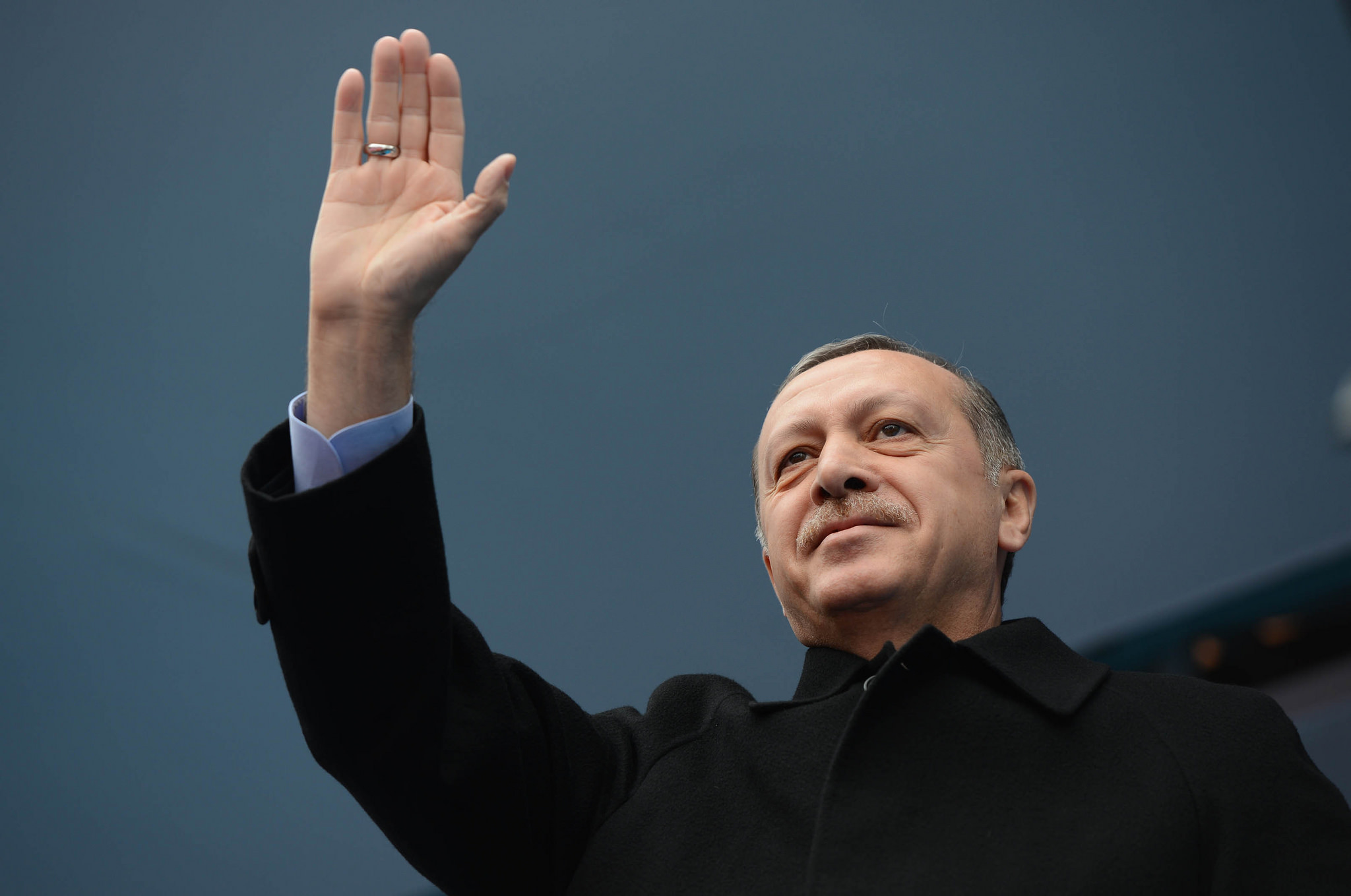 Turkish President Recep Tayyip Erdoğan claimed a narrow victory (51.3%) in Sunday’s referendum on constitutional reform amid charges of widespread electoral fraud by his opponents. The vote allows Erdoğan and his conservative, neoliberal and moderately Islamist Justice and Development Party (AKP) to vastly expand its power at the expense of the legislature and judiciary.

The 18 reforms proposed by the “yes” campaign will replace Turkey’s parliamentary system with a powerful presidency. Whoever is elected president after the next election (almost certainly Erdoğan) will have the authority to issue decrees, dismiss the National Assembly, appoint ministers and judges, and sack civil servants. They will also be able to remain head of their own party while president, choose the party’s legislators, and extend the presidential term limit until 2029. Erdoğan has ruled Turkey for the last 15 years.

“This result is very bad for everyone in Turkey as it institutionalizes an authoritarian regime [and] concentrates power in the hands of a single person,” said Feyzi Baban, a professor of global politics and Middle East specialist at Trent University in Peterborough, Ontario, in an interview shortly after the vote. Fuat Keyman, director of the Istanbul Policy Centre, likewise warned this “centralization of power is very risky for Turkish democracy and for the possibility of living together in a diverse society.”

Still, Keyman told me, “the referendum result is not enough for Erdoğan to consolidate his power…and only increases polarization in Turkey, showing it to be an extremely divided society. Erdoğan is trying to push Turkey towards strong executive rule in the face of this division and this creates a legitimacy problem for him.”

That problem extends to the voting process itself and the unfair advantages granted the “yes” campaign over the government’s adversaries. The main opposition party in Turkey, the social democratic Republican People’s Party (CHP), is calling for the vote results to be annulled, alleging extensive fraud in the conduct of the referendum. The pro-Kurdish People’s Democratic Party (HDP, the third largest party in Turkey) wants a recount of two-thirds of the votes.

Both parties object especially to the Supreme Election Board’s (YSK) last-minute decision to allow the counting of ballots that were not officially stamped once voting had already begun—a practice the YSK has not permitted in the past and was not allowed for expat Turks voting from abroad. The CHP and HDP claim 1.5 million unstamped ballots were illegally counted (Erdoğan won by 1.38 million votes). 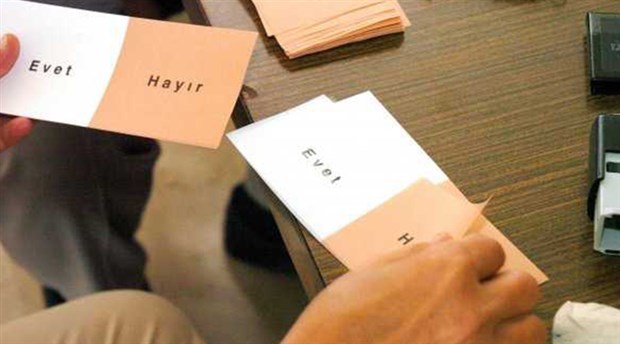 Ballots in Turkey’s referendum were marked simply “yes” and “no.” (Source: BİRGÜN DAİLY)

Erdal Aksünger, the CHP’s deputy leader, complained publicly on April 17: “Since the morning there has been a serious chaos all over Turkey. The YSK has declared that the board will deem voting papers without official seals as valid. In eastern and southeastern cities, the election observers from the ‘No’ groups were removed. There were many violations in terms of the form of the elections.”

Mehmet Yuksel, the HDP’s representative in Washington, D.C., told me “there has been a lot of open electoral fraud in Kurdish areas involving the YSK and without this fraud Erdoğan could not have won.” (Twenty per cent of people in Turkey belong to the Kurdish ethnic group.) “In cities where the HDP has an absolute majority, the AKP has been declared the winner. This referendum result is going to destabilize Turkey.

“Erdoğan has polarized the country to get more votes and this is leading to its partition,” said Yuksel. “This is the start of Erdoğan’s dictatorship in Turkey and there is no way back.”

The main international observer mission monitoring the referendum has backed the opposition parties’ complaints on the unfairness of the vote. A team from the Organization for Security and Co-operation in Europe (OSCE) stated on April 17 that the vote took place on “an unlevel playing field” and that the YSK’s decision to allow unstamped ballot papers broke Turkish election law. The YSK “issued instructions late in the day that significantly changed the ballot validity criteria, undermining an important safeguard and contradicting the law.”

The OSCE monitors added that “the two sides of the campaign did not have equal opportunities. The legal framework, which is focused on elections, remained inadequate for the holding of a genuinely democratic referendum and the fact that the referendum was held under a state of emergency imposed in the wake of last year’s failed coup infringed upon a fundamental freedom.”

The OSCE also pointed out that the opposition’s campaign had been “starved of coverage” by government media and subjected to violence from the police and Erdoğan supporters. The observer mission criticized Erdoğan’s extreme statements, saying “the campaign rhetoric was tarnished by a number of senior officials equating ‘No’ supporters with terrorist sympathisers.”

Erdoğan imposed the current state of emergency after the failed military coup against him in July 2016, which resulted in over 300 deaths. The president reacted by firing or suspending more than 100,000 civil servants, closing 150 media outlets, detaining more than 100 journalists, confiscating 800 businesses and jailing 45,000 people, including 5,000 supporters of the HDP, the main political target of official repression.

Erdoğan imprisoned Selahattin Demirtaş, the HDP’s co-leader, along with 11 other elected deputies of the National Assembly. Demirtaş would have been Erdoğan’s main rival in the referendum; his incarceration drastically undermined the opposition’s campaign. The HDP  leader was accused of supporting the Kurdish Workers Party (PKK), a leftist guerrilla force fighting for autonomy for Kurds in Turkey and declared a terrorist group by the government. Erdoğan has also dismissed 80 HDP mayors since the state of emergency began.

Media coverage of the referendum in Turkey was almost completely monopolized by the AKP while the opposition suffered 143 attacks. A massive military campaign unleashed on Kurdish areas in the southeast by Erdoğan has killed hundreds of people and displaced 400,000, according to a recent United Nations report, making voting difficult for a large number of Kurds.

“The leader of the ‘No’ campaign was in jail so how can the referendum be fair or democratic?” asked Yuksel, who added there are 103 cases registered against Demirtaş, now facing 500 years in prison. “This was not a referendum at all, just a rubber-stamping of Erdoğan’s move towards a dictatorship. When people opposed this move, Erdoğan committed electoral fraud and claimed victory. Now the repression will increase even more against the HDP and the war against the PKK will be intensified. This is how Erdoğan tries to win elections, by polarizing the population more and more.”

Erdoğan’s demonization tactics are not restricted to Turkey. During the referendum campaign he called the German and Dutch governments “Nazis” for not allowing his ministers to campaign for a ‘Yes’ vote among Turkish expats in Europe. This was despite the fact the European Union is the biggest market for Turkey’s exports—another sign, perhaps, that we will see the AKP put EU membership on the backburner, or forget about it altogether, as it consolidates its power internally.

Turkey has been inflaming the war against President Bashar al-Assad in Syria (its neighbour) by training, arming and sending Islamic fundamentalists into the conflict, then invading with its own army. Turkish police have not been able to stem (and are the frequent targets of) major attacks inside Turkey from ISIS fighters in Syria and Iraq. The now six-year-old war has also made Syrian Kurds stronger, providing another reason for Turkey to engage militarily (to prevent the formation of a Kurdish state on its border). Turkey is bogged down in a costly three-front war against the Kurds domestically, in Syria and in Iraq, where it bombs the PKK’s bases periodically.

Keyman traces Erdoğan’s need for greater power to Turkey’s economic crisis which is partly a result of the global slowdown. He explains that after 2015, the Turkish economy lost important markets in Egypt, Libya, and neighbouring Syria and Iraq due to “proxy wars.” Turkey’s shooting down of a Russian jet in December has driven that country’s tourist visitors away, and ISIS and PKK attacks inside Turkey, along with the military coup attempt, cut tourism by 40% in 2016.

Tensions with EU countries have also negatively affected Turkey’s economic performance. GDP growth in Turkey in 2016 to the third quarter was negative 1.8%. The national currency, the Lira, is one of the worst performing emerging market currencies (against the U.S. dollar) in the world.

The credit agencies Standard & Poor’s and Moody’s have downgraded Turkey’s credit rating to junk status, making loans harder to get for things like construction projects, which fueled Turkey’s high growth rates before 2016. As the U.S. dollar strengthened up to then, Turkish corporate debt has increased precipitously, threatening “financial disaster,” according to Cengiz Candar, distinguished visiting scholar at the Stockholm University Institute of Turkish Studies.

The Financial Times (U.K.) warned on January 10 that “Turkey appears closer to a  full-blown currency crisis than at any point since the AKP took power in 2002.” In the last three months of 2016, the lira lost almost 20% of its value against the dollar, “as both global and domestic investors lose confidence in their country’s economic prospects.”

But others see a silver lining, if mainly for global finance. On April 18, the Fitch rating agency said the referendum result could "spur the government to get ahead with growth-boosting fiscal policies and undertake vital structural reforms," according to FT.

“Turkey’s economic crisis is what is causing this drift from democracy, driving Erdoğan to increase his executive power so he can act quickly to push through the economic changes he wants” says Keyman. “Of course, just because a decision can be made quickly does not mean that it is the right one. Rather than power concentration, it is power-sharing, deliberation and participatory democracy that are the keys to solving economic and political problems.”