Census data released by Statistics Canada today show us that racialized Canadians are more than willing to work but the barriers to finding employment that existed in 2005 remain firmly in place.

The labour force participation rate for racialized workers in 2016 was 66.5 per cent — almost two percentage points higher than non-racialized Canadians (64.8 per cent).  That reflects a strong willingness to work. 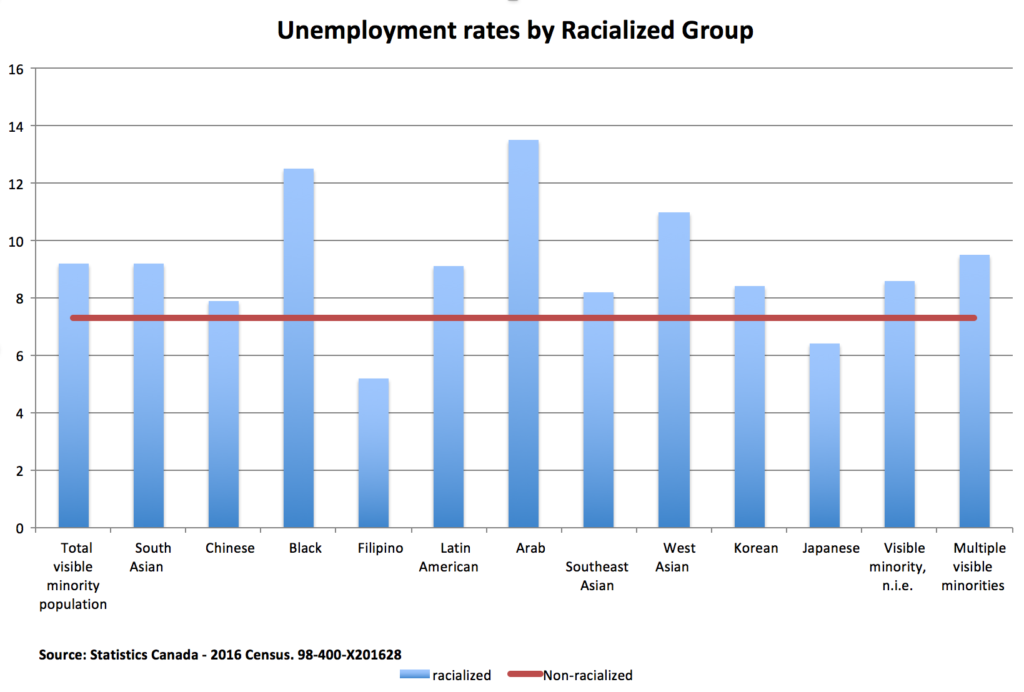 All racialized communities, except those who identify as Japanese or Filipino, had a higher unemployment rate in 2016 than non-racialized Canadians.

There is variation among racialized groups:

These large gaps in unemployment rates are consistent with the Census results from 2006. In other words, not much has changed to remove barriers in the labour market for racialized workers in Canada. Inequality remains colour-coded.

However, racialized women had a higher unemployment rate, at 9.6 per cent, than racialized men, at 8.8 per cent.

So racialized women continue to experience greater barriers in the labour market.

Census data gives us important cues about Canadian life. The latest data makes it clear that Canada needs to get more proactive in breaking down the barriers to decent work for everyone, particularly racialized Canadians.

Other things that the latest Census release tells us about prime age workers (25-64) in Canada:

Workers are highly educated: 54 per cent of Canadians have a post-secondary education, up from 48.3 per cent in 2006 — leading industrialized nations. Immigrants, in particular, are well educated and more likely to have a doctoral  degree.