Pushing back against campus precarity 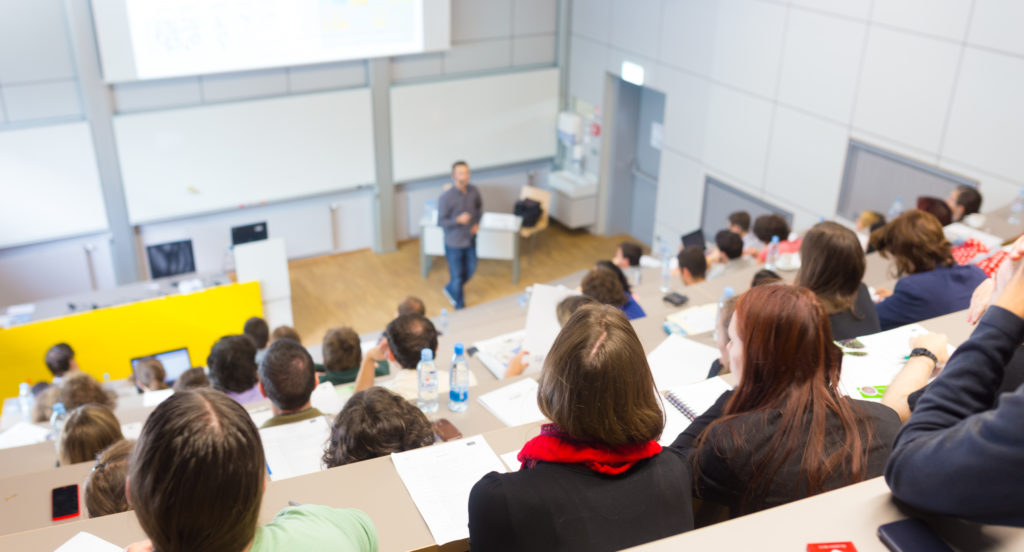 A lot of numbers are circulated during the coverage of a strike. But in the current strike by Ontario college faculty, two in particular stand out.

The first number, 70, is the percent of college faculty who are on contract (these include partial-load, part-time, and sessional faculty—and 70% is the minimum estimate). This means that students have at most a one in four chance (less on some campuses) that the person at the front of their classroom is a full time faculty member who does not have to reapply for their job each year (or every four months, as many others must).

OPSEU, representing full-time professors, instructors, librarians and counsellors, and partial-load faculty (and trying to organize sessionals and part-time faculty), wants to create more full-time jobs where faculty are actually paid for prep time and marking and are not restricted to a handful of paid hours of work each week, and where “long term” contracts mean more than 12 months over a two-year time frame. To ensure more employment stability for faculty and more educational stability for students, OPSEU is calling for a (minimum) 50:50 ratio of full-time to non-full-time faculty.

The College Employer Council argues that creating 2,840 new full-time jobs would result in the loss of 7,120 contracts (short-term work contracts should not be treated as “jobs” as many faculty cobble together several contracts to make a living)—in effect, suggesting that maintaining more insecure, low-paying work is somehow preferable to creating guaranteed, better-paid, secure jobs.

Similar arguments—often referencing the plight of the minimum-wage-earning teenager—are making the rounds in the business lobby’s criticisms of a $15/hr minimum wage and other improvements to labour legislation. (In fact, the research indicates that, beyond teenagers, a $15 minimum wage “will largely benefit the province’s most marginalized—a broad and diverse swath of workers including contract, seasonal, and casual workers, part-time workers, women, and immigrants.”)

According to the fear-stoking from the business lobby and the College Employer Council, legislating higher standards for everyone will make it worse for people who have been most severely marginalized by those who have actively been fighting to maintain inadequate standards in the first place. But, much as higher minimum workplace standards are broadly beneficial, better working conditions for contract faculty are linked to improved learning conditions for students.

The other standout number is 84. The College Employer Council explains—presumably in defense of their refusal to adequately address their increased reliance on a poorly paid, precarious workforce—that 84% of college students find employment within six months of graduation, and that employers and students are generally pleased with the education colleges provide.

Well, not so much. As public funding declines, students are paying more for an education that is increasingly provided by lower-paid, under-compensated, insecure faculty members—at an annual “savings” to Ontario colleges of $400 million by the College Employer Council’s own admission—before graduating into an economy where current estimates indicate one third of Ontario’s workers are vulnerable. There is a certain, shall we say, ironic symmetry to that education model.

Ontario’s Changing Workplaces Review and Bill 148 is an attempt to begin to address precarity and other gaps in workplace policy. It is, predictably, receiving pushback from the usual suspects who maintain that, far from being a problem, “more flexible”, “part time” employment is increasingly preferable given changing demands (“aging population!” “full time students!”), and public policy changes “would place an unintended burden on employers”.

There’s a striking similarity between these business lobby arguments against improved working conditions and compensation, and those wielded by the College Employer Council in rejecting OPSEU’s demands for equal pay for work of equal value and a diminishment of precarity for college faculty.

All labour wins come with a price tag—most often for those who are in the best position to afford it—whether it’s increasing the minimum wage to something that begins to approach a living wage, guaranteeing paid sick days to workers, or ensuring that those providing instruction to college students have decent working conditions.

But the fact is, we—and particularly those who are most severely impacted—cannot continue to bear the financial, social and human costs of an economy dependent on the ongoing undercompensation of a significant portion of the labour force. As an economic and social model—let alone an educational one—it’s unsustainable and short sighted.

While nowhere near perfect, Bill 148 is an opportunity to address precarity, compensation and workplace standards for workers in the province—including those students whose classes are being interrupted by Ontario colleges’ reluctance to address how these issues are playing out on their own campuses. Rather than clinging to a model predicated on precarity, and steadfastly refusing to acknowledge equal pay for work of equal value, colleges could be at the forefront of improving the conditions of work and the state of jobs—on campus, and across the province.

Erika Shaker is Director of Education and Outreach with the CCPA. Follow her on Twitter@ErikaShaker. Robin Shaban is an independent economic and public policy consultant based in Ottawa. This blog is part of an ongoing project examining precarious employment in Ontario's postsecondary institutions. You can read part one of this project here.