In fact, they would be the most severe cuts to health care that any province has implemented, ever.

There has been plenty of attention focused on the recent release of the Moya Greene-headed Premier’s Economic Recovery Team (PERT) report on proposed ways to cut Newfoundland and Labrador's public services with the goal of reducing the deficit.

However, there has been relatively little analysis of the proposed health care cuts which would, if implemented, be the most severe health care cuts that any province has ever seen in modern history—by a fair margin.

Despite weighing in at 342 pages, the single largest part of the plan—massive health care cuts—receives only a half page of discussion. In fact, a blanket cut to the Regional Health Authorities (RHA), which basically administer all health care outside of physician’s offices, would make up 2/3 of all the proposed expenditure cuts recommended in Greene's report. The difference is rounded out by spending cuts to universities and to core government operations.

These health care cuts would be not only historically large for Newfoundland and Labrador, they would be the most severe cuts to health care that any province has implemented in at least 40 years.

The closest any other province came to this level of health care cuts was Alberta between 1991 and 1995.

The Alberta cuts during the early 1990s had such deep effects, Macleans reported that by 1994 Calgary had shut down one of its two main hospitals. Edmonton also closed one.

Another 18 hospitals were closed to acute cases and emergency care and converted to LTC or health centres. Bed shortages were the norm and wait lists ballooned.

Remember that the plan for Newfoundland and Labrador would see cuts that would be two-and-a-half times more severe.

The proposed Greene report cuts have no specific details; they merely target a nice round number of a 25% decline in the largest provincial government grant to the four RHAs over six years.  The trouble with these big round numbers is that they mean the authors put little (or no) thought into how the cuts would happen in a practical sense.

While the public might go along with a 25% cut in the abstract, they’d likely vehemently oppose the real-world impact, like closed hospitals and clinics, hiked fees, longer wait times and poorer service.

But the budgets of the RHAs are public documents, so it's straightforward to determine what would have to happen in order to hit the spending cut goal outlined in the report. As you’ll see, it's Draconian. The impact would be massive.

The starting point for planning cuts isn’t just the 25% cut in one of the RHA transfers; it needs to include inflation over six years. Everything from the cotton balls to syringes will see small, but regular, increases in prices.

If you’re not keeping up with inflation, you can buy fewer cotton balls and syringes in 2027 than you can in 2021. To compare the cuts to budgets today, in terms of service cuts, you need to include inflation. Once you do that, the value of the proposed cuts rises to 35%.

Below is the breakdown of expenditures for the RHAs in 2020. The second graph is the size of the cuts planned for those expenditures. Placing the cuts' slice and rotating it around over the expenditures pie chart should give the reader some idea of what’s coming. Anything that is covered has to be eliminated to meet the target. It’s immediately visually obvious how devastating these cuts will be.

It's worth a brief exercise to see if one could cut non-essential expenditures but maintain core health care spending. The PERT report only briefly mentions one possible cut: amalgamating the four RHAs into one to cut admin costs. But saving a few percentage points in administration costs would not be nearly enough.

So, let’s eliminate all administration of any kind, not only from the RHA but all hospitals and LTC as well. Fire anyone fixing IT, ordering supplies, organizing payroll and so on. This still wouldn’t be nearly enough; you’d only be halfway to the cut goal.

Next, we could cut all expenditures for cleaning, maintaining, heating and providing food in hospitals and long-term care. Now we get two-thirds of the way there. The final third might come from cutting all mental health, addiction supports and public health services.

It's pretty clear, via this simple exercise, that cuts are completely untenable and that there’s no way they won’t lead to a substantial degradation or reduction in health care, nurses, doctors, outpatient care, home care and so on.

The cuts will almost certainly also lead to increased costs to patients who access any health care service, although even a doubling of the fees for long-term care residents would only cover one-twentieth of the proposed cuts.

It's quite disconcerting that a report of this length doesn’t perform the basics of proposing how cuts, the size of which is unheard of in Canada, would ever be implemented without massive disruptions in service delivery and reduction in the quality of care.

These cuts also disguise who would actually be paying for the drive to create government surpluses: people.

A surplus or a deficit is just two sides of the same accounting relationship, where one side (deficit) pays for the other (surplus). If you want to create a government surplus, you have to create a correspondingly large deficit in another sector. In the PERT case, the plan would make the sickest, most vulnerable, and those in long-term care pay for the surplus.

The principle of making the sickest pay is completely backwards and runs counter to the principles of the Canada Health Act.

If the government is looking to reduce a deficit, a more ethical principle would be that Newfoundlanders who’ve done the best should be tapped on the shoulder. To that end, the People’s Recovery paper provides plenty of options to raise over $800 million a year in revenue instead of drastically cutting health care.

In the end, someone pays for government surpluses—that burden should not fall to the sickest and those who are most in need.

Behind the Numbers Public Services & Privatization 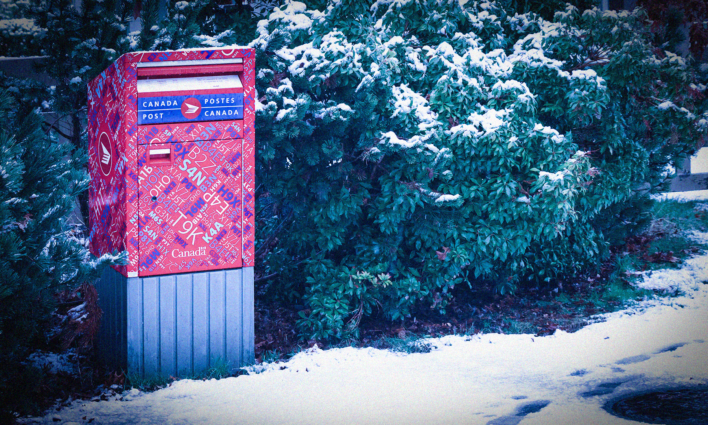