Planting perennials: In memory of Kate 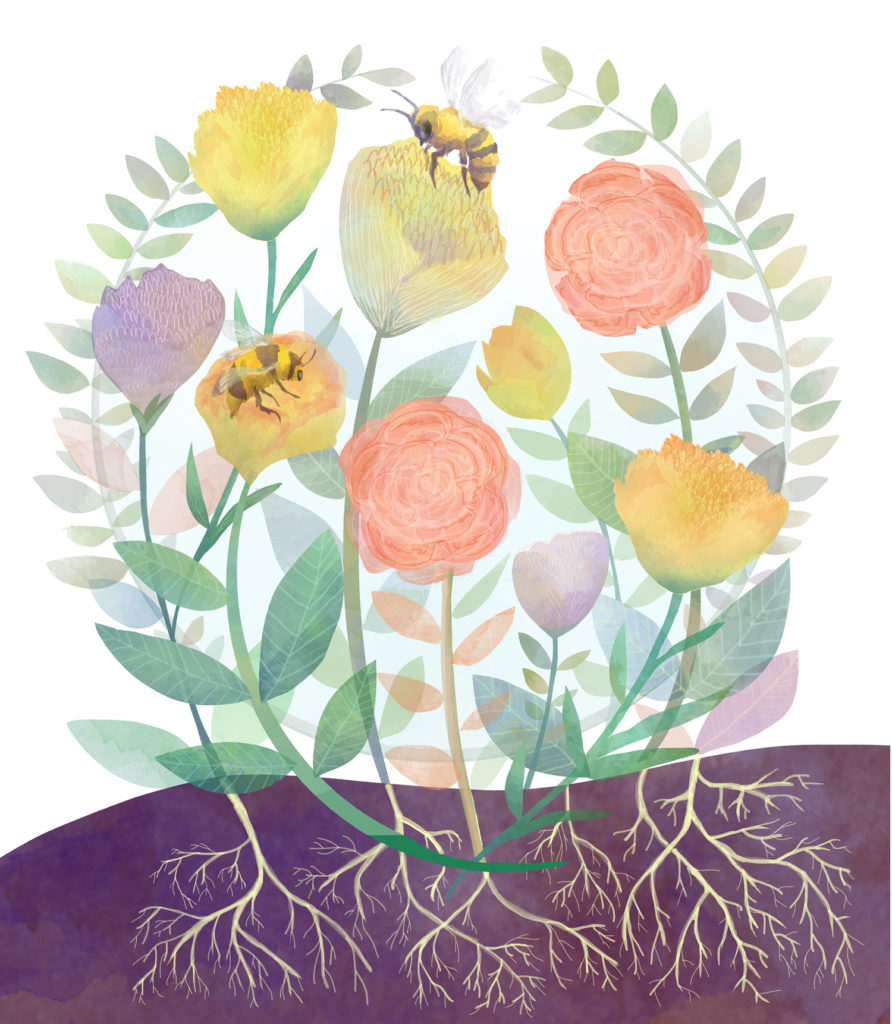 Kate came to work with us as a result of a very CCPA mashup of serendipity, optimism, and a leap of faith. But rarely have those ingredients produced such a fantastic result.

The stage was set in the midst of a meeting of the Alternative Federal Budget steering committee in 2012. One of the participants was giving a rundown of what the Harper government cuts to Status of Women meant—the impact, the loss, the consequences.

Kerri Finn leaned over and murmured in my ear: “we should do it. We should take on that work Status of Women can’t do anymore.”

At the time, Kate had been one of the participants around that table, first with the Feminist Alliance for International Action (FAFIA), then with Amnesty International. But her time with Amnesty was coming to an end. And her contribution to civil society, and to the AFB, was much too valuable to lose.

So, we did what we often did (usually over chocolate-covered almonds)—we conspired.

Emily Turk reached out to Kate, who had also been her former professor at the University of Ottawa.

Kerri and I spoke with Bruce Campbell, our ED at the time. Though to be fair, the conversation was probably pretty one-sided and went something like “Bruce, you need to hire Kate. No, seriously. Hire Kate.”

The five of us met in a little-used office at 251 Bank St. Some of us had chairs. I sat on a desk. Kate did not seem at all phased by the informality and lack of basic furniture.

We talked about Kate’s research, and the current context, and political necessity. And we talked about how, especially given the political climate, if we didn’t provide institutional support for that important work to end gender-based inequalities, it was unlikely to continue, let alone flourish.

Bruce suggested we start with a nine month contract, and use that time to integrate Kate’s research into the larger body of CCPA’s work, and raise funds to make it permanent. Kate agreed. And less than a year later that goal was realized.

Her first blog post was “Implementing Budget 2012: No rest for women.” Her first report came out a few months later: “Closing Canada’s Gender Wage Gap: Year 2240 here we come!” It also inspired an image that adorned her office door: “Keep leaning in, ladies! Rumor has it we only have 228 years to go!” A similar image of a 1950s housewife, juxtaposing spending on gender equality with advertising for the Economic Action Plan, became her Twitter profile picture.

A stream of reports followed through her Making Women Count project, including the game changing “Best and Worst Places to be a Woman in Canada”, which broke the internet each year and went on to inspire policies in various municipalities, and even a documentary.

Her blogs were pithy, scathing, saucy, often hilarious, and always insightful. Her TV appearances were riveting as she debated political pundits who were, more often than not, ill-prepared to defend themselves and their antiquated policies against her patented charm-and-facts offensive.

In addition to her reports and analysis, her physical presence became integral to the CCPA’s offices, at least in part because of her penchant for dressing like a bouquet of flowers every day. She loved colours, and wore them brilliantly. There were so many days when she literally glowed.

Her dedication to the wellbeing of her coworkers, past and present, was unwavering. She placed such value in the health of the workplace, in the love and support we felt for and showed each other, and gave it back to us in spades.

She also, during one particularly hilarious staff retreat in Manitoba—while I was distracted watching the results of the 2014 Ontario provincial election, and before I fully realized what had just happened—glass of wine in hand, signed me up to Twitter (full disclosure: Armine Yalnizyan and Trish Hennessy share some of the blame).

She was so generous with her time, her knowledge, and her contacts. She always gave credit and kudos: her 2017 Valentine’s Day blog “One, two three, four, these are the feminists I adore” was an ode to the women in her life who work in so many ways for progressive change. She could also zero in on a lazy argument—one in defense of meritocracy, for example—and utterly eviscerate it, with gorgeous prose.

And holy Hannah, that woman could crochet baby blankets like nobody’s business.

Her final blog underscored her tenacity and brilliance as a feminist researcher and trailblazer. She was always insightful, always personal, always thoughtful and compassionate. And her goodbye—that so many didn’t realize was a final goodbye—brings me to tears each time I read it because, along with regret at having to leave before she was ready, it is so full of hope and and honesty and her commitment to continuing the fight—that the fight be continued—in the face of the unknown.

This has been a heartbreaking loss and, like so very many others, I mourn the passing of a feminist superstar, a vibrant presence, a brilliant co-worker and friend and fellow mom; this amazing woman I am just not prepared to no longer have in my life.

But I will—we all must—continue to fight like hell, using all our gifts and strengths. Because that patriarchy is not going to dismantle itself, and those injustices we dedicate our lives to overthrowing are stubbornly persistent. Write, speak, organize, care; be relentless and, like Kate, disarmingly charming.

Let’s promise the flowers we plant in memory of Kate are perennials.

Erika Shaker is Senior Education Researcher at the Canadian Centre for Policy Alternatives. You can find her on Twitter at @ErikaShaker .

On July 27, 2018, CCPA Senior Researcher Kate McInturff passed away. The CCPA mourns the devastating loss of our colleague and friend. Kate will be remembered as a feminist trailblazer in public policy and gender-based research.

Our hearts go out to her family. Kate’s colleagues, collaborators, and countless organizations across Canada are stronger because of her research, advocacy, friendship and conviction.

To honour Kate’s legacy and carry on the important work of fighting gender-based inequalities, the Canadian Centre for Policy Alternatives is establishing a fellowship in her name as part of the Making Women Count initiative. Those wishing to support this fellowship can click here to make a contribution.