Ontario vs. Toronto: Democracy on trial 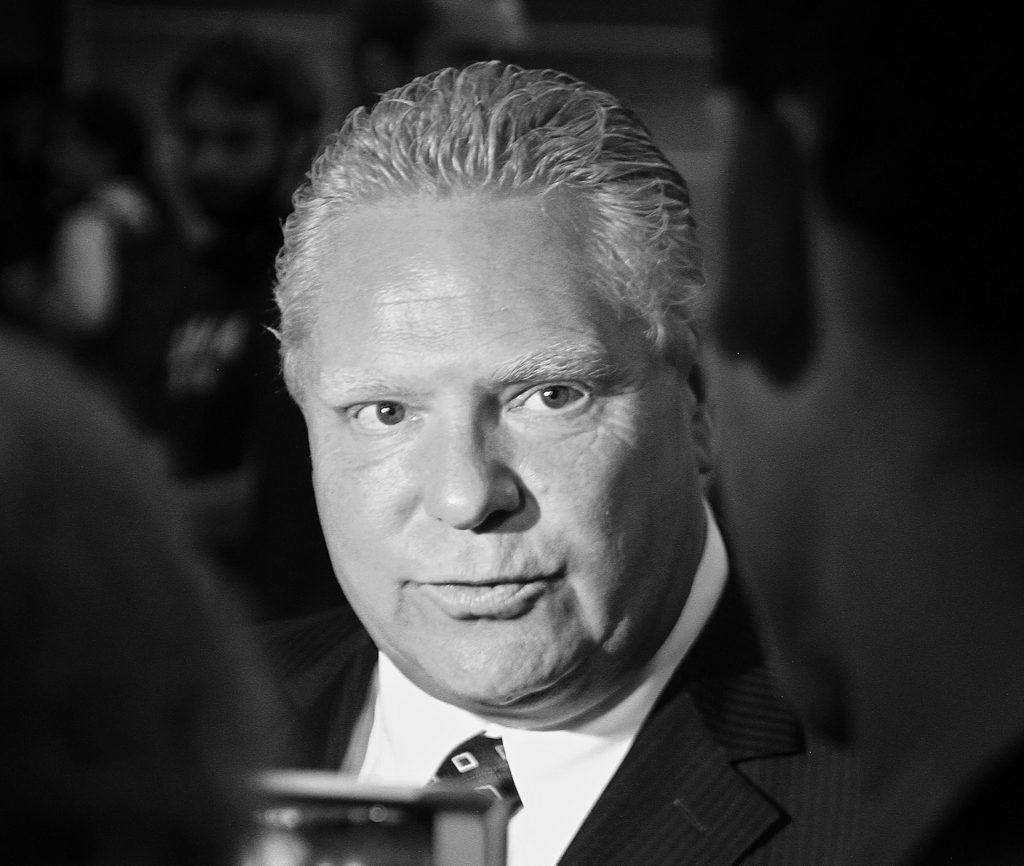 Not even three full months into his reign as Ontario premier, the battle lines between Doug Ford and the City of Toronto have been drawn and democracy is on trial.

Premier Ford threw Toronto’s October 22nd municipal election campaign into chaos this summer by arbitrarily cutting the number of seats almost in half, from 47 to 25—something he never said he would do during the provincial election.

On Monday morning, an Ontario judge ruled the provincial government crossed the line, found to be in violation of the Charter of Rights and Freedoms by shrinking city council with no public consultation and no strong rationale so close to election day.

This is the first time Ontario has ever invoked the notwithstanding clause, a power that allows provinces to override certain aspects of the Charter, but one that is rarely invoked.

The Premier’s move has been roundly condemned as an abuse of power.

Former Ontario Premier Bob Rae tweeted: “The use of the notwithstanding clause by the Ford government is the worst abuse of rights and the rule of law in Ontario’s recent history. It brings deep disgrace and a heavy cost.”

Unperturbed by the public outcry, Premier Ford also warned that he’s willing to invoke the notwithstanding clause again in the future if he doesn’t like a court decision.

That comes with real-life consequences.

Premier Ford is dismissing the vital role of the courts in upholding Canada’s democratic system, opening himself to the criticism that he thinks he is above the law.

His stance betrays a lack of understanding of, or regard for, the important role that the executive, legislative, and judicial branches of a democratic parliamentary system play as a check and balance. Instead, he described democracy simply as voting.

“Democracy is you have an election,” Ford said. “That’s what democracy is.”

He’s taking great liberties with the mandate he thinks his government has, claiming that slashing the size of Toronto’s city council is part of his “efficient government” mandate. Given that he never told voters that he was going to do this during the election, he is on thin ground with this claim.

Finally, the threat of invoking the notwithstanding clause at the Premier’s whim in future sends a chill effect to potential dissenters across Ontario—something that goes against the spirit of a vibrant, healthy democracy.

The judge’s ruling, and Premier Ford’s response to it, is a reminder that democracy is on trial in Ontario. Legal battles, and the Premier’s disregard of the role the judicial system plays in upholding democratic human rights, are just the beginning.

And it will be costly. The province has already lost its first two court battles: last month a judge ruled Tesla Motors Canada was treated unfairly when the new government scrapped provincial rebates for people who buy electric vehicles and now the Toronto city council ruling didn’t go in the government’s favour.

There are more court battles on the way. For instance, there is an upcoming class action lawsuit protesting the province’s decision to cancel the basic income pilot project, which will affect 4,000 low-income participants. And the Canadian Civil Liberties Association is fighting the province’s decision to scrap a modernized sex education curriculum.

There are many factors that go into upholding democracy, far beyond simply voting. In the case of Toronto’s city council, the court upheld people’s rights under the Charter of Rights and Freedom, but the court isn’t the only option. There’s people power, too.

On that, Premier Ford told the news conference: “The people will be the judge and jury” when they get to vote again in the next provincial election four years from now. But democracy doesn’t work that way. Yes, we can exercise our right to vote at election time, but in between elections the people have a right to an open government—one that is listening to the court of public opinion (and not just selectively).

And as the legislature resumes this fall, the government is about to get an earful. Polarizing governments can sow the seeds of division and chaos, but they can also politicize a new set of activists.

Toronto is a case in point. When Premier Ford first announced his decision to cut the number of city representatives, he threw Toronto’s local democracy into a state of chaos, but he also motivated a groundswell of public engagement.

The importance of local government

Canada’s constitution may treat municipalities as mere creatures of the province, but city councils are closer to the people; there’s no hiding in pink palaces when you are a city councillor. It’s your office that people call when there’s a garbage pick up complaint, basement flooding from a torrential downpour, or concerns about crosswalk safety.

It’s important work that’s vital to local democracy and it’s your city or regional council that decides on local services that we all rely on, such as keeping transit running and getting our roads cleared so we can get to work and school, keeping our neighbourhoods clean, and our water safe and drinkable.

City, town, and regional councils are important for another reason: in Ontario, they’re non-partisan seats, which can make it a more compelling to reach across the table and seek consensus or compromise.

That’s important in these politically polarizing times, with a provincial government apparently more than willing to stoke the flames of division.

So much is at stake for Torontonians in this municipal election. Case in point: as newsrooms scrambled to cover reaction to the judge’s decision, they toggled back and forth between that story and another—rain.

The city’s lack of action to upgrade its aged sewer system means rainstorms are becoming the new unnatural disaster in Toronto. It doesn’t take much for sewers to overflow, cars to go under water, subway stations to flood.

Leadership at city hall should be focused on investing in extreme weather event protection for Toronto. And that’s not all. The debate in this municipal election should be focused on what candidates pledge to do in order to invest in needed infrastructure upgrades, to address Toronto’s extreme traffic congestion problems, to improve TTC service, to create more affordable child care spaces and housing units.

These issues are drowning in the political drama between Queen’s Park and city hall. Just as former Toronto Mayor Rob Ford’s political tenure was filled with chaos and divisiveness, his brother’s early days as Premier signal that we can expect the same over the next four years.

He is staging high drama involving many actors. Key among them will be the courts, the opposition at Queen’s Park and in municipalities, the federal government, the media, social justice, environment and labour movements.

These are checks and balances that are required to protect democracy. They will be tested in the coming years.