Ontario payday loan reforms: a drop in the bucket

The Ontario government has announced some modest reforms to lower the outrageous interest rates charged to customers of payday loan companies.

Many people who rely on payday loans have no other place to turn in a financial emergency and over the past 20 years, the payday loan industry has been only too eager to prey on desperation.

There are more than 800 payday lending outlets in Ontario and every year between $1.1 and $1.5 billion in payday loans are issued to 400,000 people in this province.

Will the announced changes make a difference for people struggling to escape the cycle of heavy debt inflicted by predatory lending?

Consider this: While a $21 fee on $100 of borrowed money may seem like a manageable sum, loans are provided for a very limited time period — usually two weeks is the maximum term of the loan.

When annualized, the interest rates these payday lenders are charging is actually closer to 550 per cent. Many customers fall hundreds, even thousands of dollars in debt to payday lenders before they know what hit them.

Even with the proposed reduction in fees in Ontario, payday loan companies will still be able to charge customers what will amount to a whopping 391 per cent annualized rate of interest.

This is made possible thanks to changes to the Criminal Code of Canada in 2007, which enabled companies to exceed the criminal rate of interest (set at 60 per cent annually).

For nearly two decades the payday loan industry has prospered under provincial jurisdiction in a vacuum of lax government oversight. As a result, borrowers of loans have been left struggling to manage debt and hold their lives together.

The business model of the payday lending industry is predicated on customers returning time and time again as they become ensnarled in a cycle of borrowing and repaying high-interest loans.

Other jurisdictions have taken a much tougher stance against predatory lenders. The province of Quebec limits annual interest rates for all lenders to 35 per cent annually. This has severely limited the growth of payday lending locations.

In the United States, several state governments, including New York and New Jersey, have put in place tough restrictions to make payday lending unprofitable. In Georgia, they’ve gone further: payday lending is explicitly prohibited and a violation of anti-racketeering laws.

While the payday loan industry might argue that if their brand of financial services were not offered customers would turn underground, ample evidence from places where payday lending is banned would demonstrate that is simply not the case.

Lower interest rates are a step in the right direction, but much more needs to be done.

Ontario can show leadership by banning this predatory industry and ensuring residents have an opportunity to access financial services. Credit Unions and postal banking could be critical solutions.

Ontario residents will have until September 29th to let the government know if they think the changes go far enough.

Tom Cooper is director of the Hamilton Roundtable for Poverty Reduction and coordinator of the Ontario Living Wage Network. 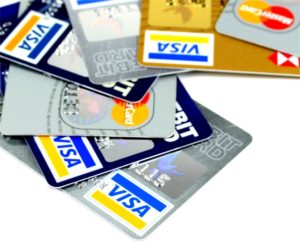