Canada may have ended 2016 with a surprising spurt in job growth last December, but Ontario was not so lucky.

Unfortunately, most of these gains in employment came from part-time work, which increased by 4.5 per cent, while full-time employment didn’t change much. The national unemployment rate for December 2016 was down slightly from this time last year, reported at 6.9 per cent. 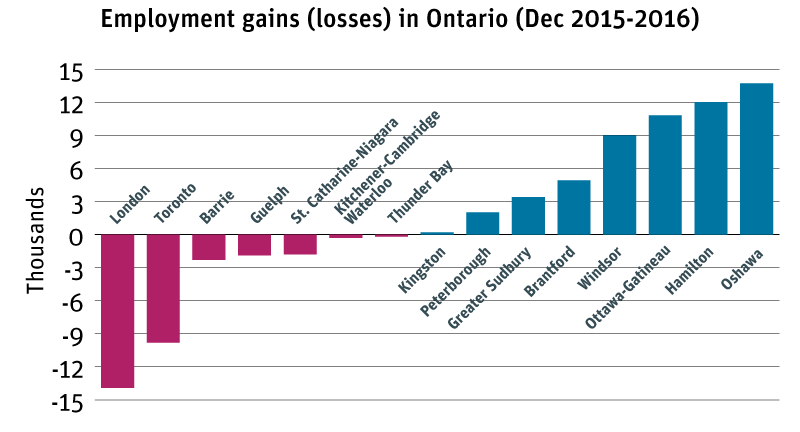 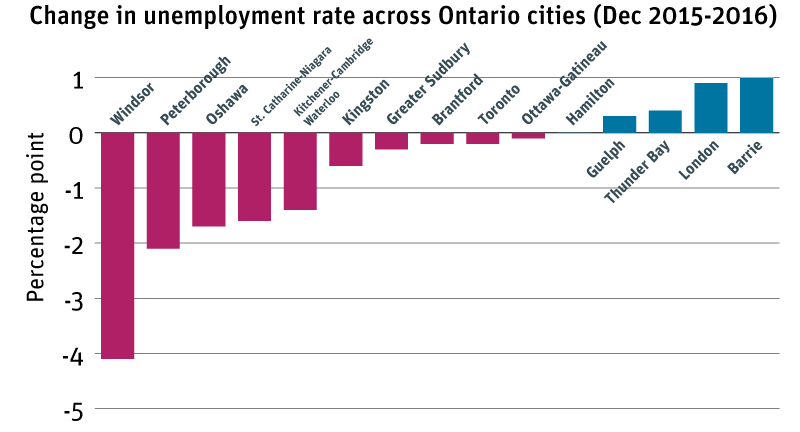 The upshot: The year in review for Ontario’s labour market relative to national and provincial trends shows that job creation still merits serious attention. While employment grew by 1.2 per cent in 2016, these gains were in part-time employment and the unemployment rate has not declined meaningfully.

Zohra Jamasi is an economist with the Canadian Centre for Policy Alternatives' Ontario office and an economics instructor at Ryerson University. Follow Zohra on Twitter: @ZohraJamasi