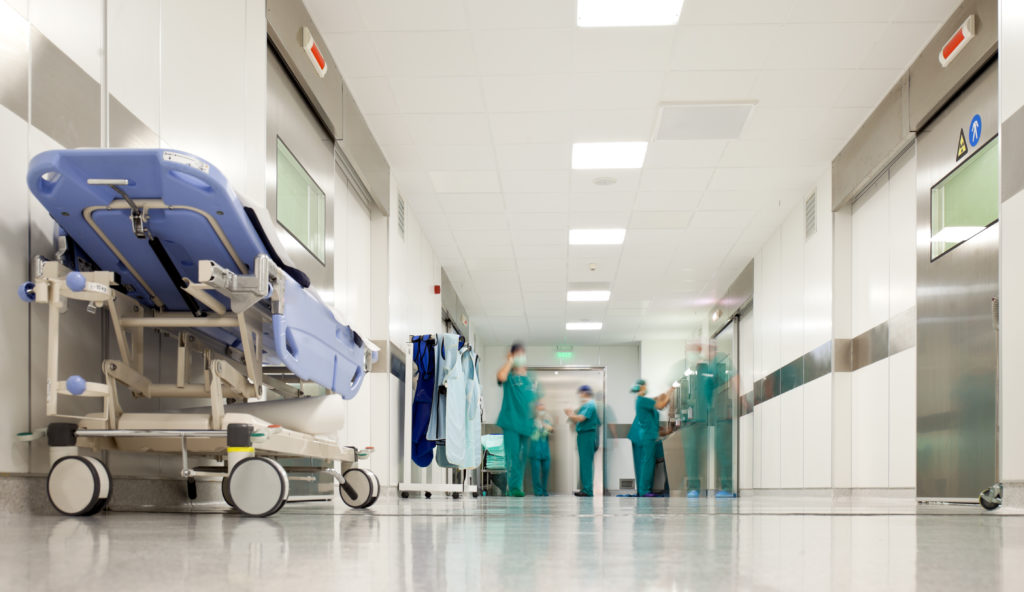 This winter, a bad flu season that resulted in overcrowded emergency rooms shone a light on the need for a reinvestment in Ontario’s health care system.

There were crushing workloads for nurses and health care workers, whose jobs are becoming increasingly precarious—thanks to austerity measures.

Starting in 2012-13, the Ontario government began an austerity program aimed at eliminating the deficit by cutting spending. Reducing health spending bore the lion’s share of that burden.

Inflation, population growth, an aging population, and advances in health care drive health care cost increases. There is a broad consensus that these costs grow at a pace just above 5 per cent.  This has been acknowledged by provincial ministers of health and finance (including Ontario) during health transfer negotiations, the Parliamentary Budget Office, and Ontario’s Financial Accountability Office (FAO). The FAO estimates health care costs increase in Ontario by 5.3 per cent per year.

The current government began to reinvest in the health care sector in 2017-18, but there is much to repair in the system—the result of self-imposed wounds. 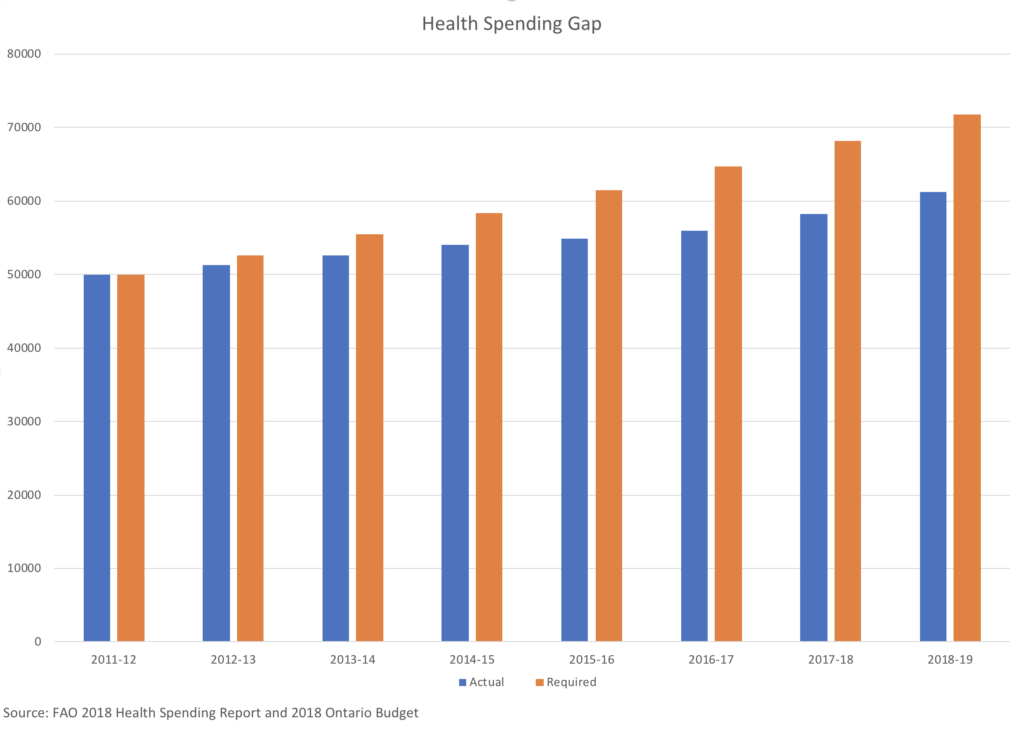 In other words, just to keep up with population growth, an aging population, and inflation, Ontario should be spending $10.4 billion more annually on health care right now.

This squeeze on health care funding has been accompanied by a decrease in the registered nurses (RN) workforce. The Canadian Institute for Health Information (CIHI) estimates that number of RNs in Ontario dropped from 106,889 in 2011 to 104,775 in 2016.  Ontario has the lowest RN to population ratio in the country. The Ontario Nurses’ Association has just revealed that there are more than 10,000 vacant RN positions in Ontario hospitals.

These years of austerity have had a negative impact on the working conditions for RNs, as well as the number of RNs who are working.  Precarious employment is characterized by reduced job security, stability, as well as lower incomes and fewer benefits. It is on the rise in Ontario.  While precarious work is concentrated in low-wage, lower-skilled occupations, there is growing awareness of precarious employment for professionals.

Precarious work has a number of negative health impacts including those associated with stress, uncertainty and lower incomes.  In and of itself, that should be a concern.

However, we also know that precarious work for RNs can have a negative impact on their patients.  It seems like the lessons from SARS are beginning to be forgotten.

Special tabulations from Statistics Canada’s Labour Force Survey show the trends of increased precarity in RN employment associated with this period of austerity from 2011 to 2017. 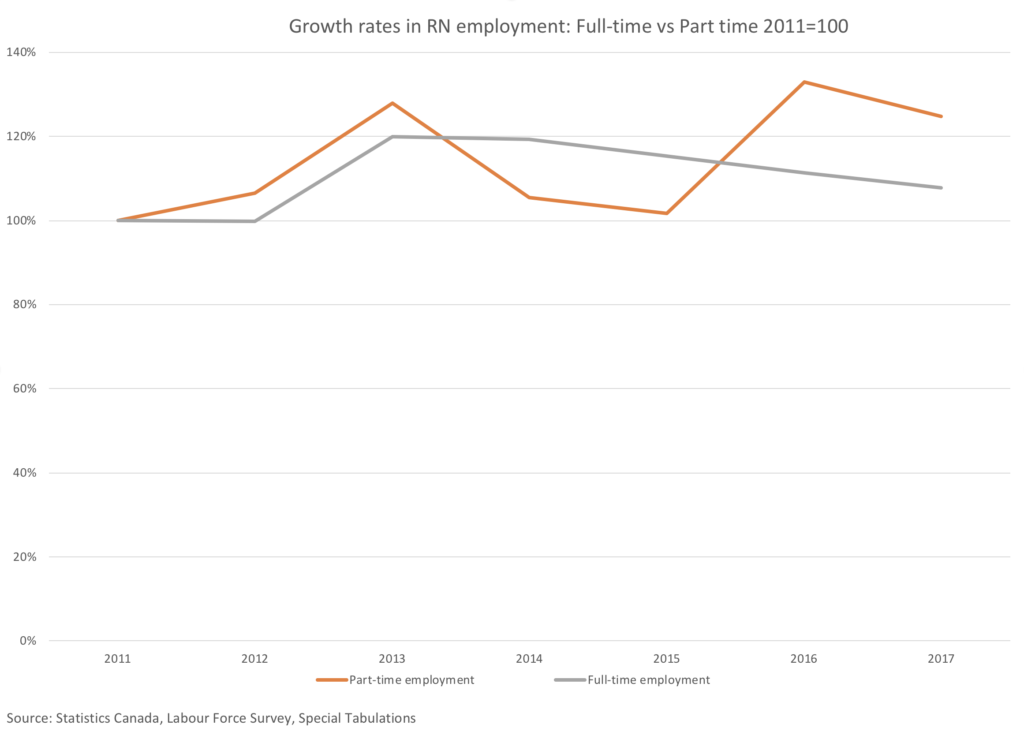 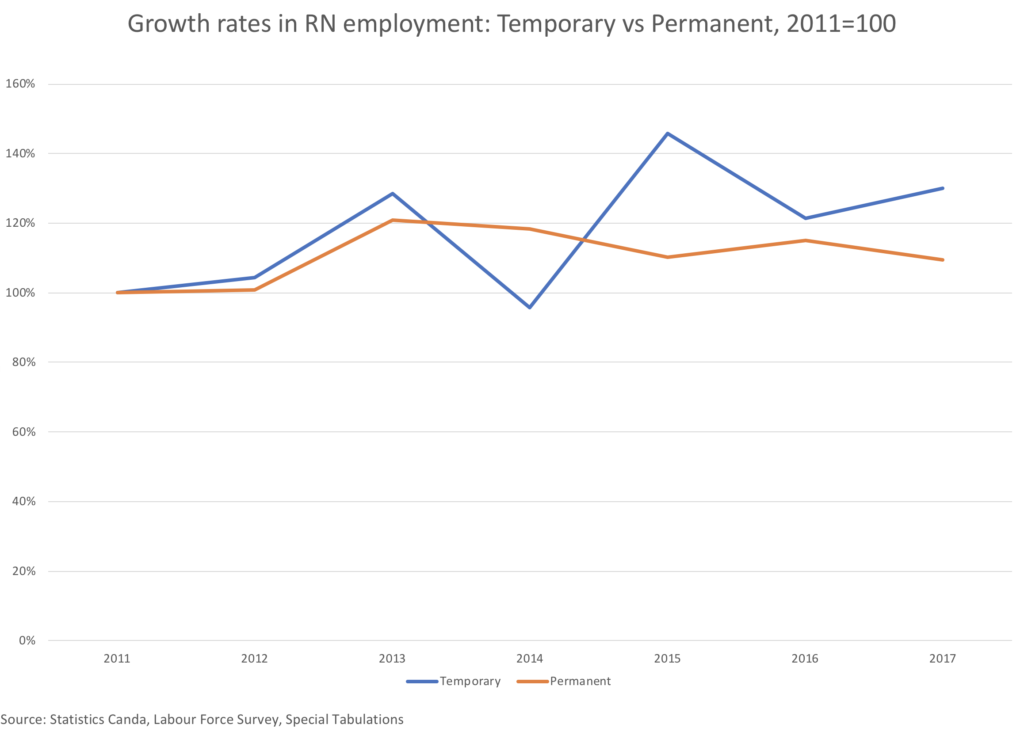 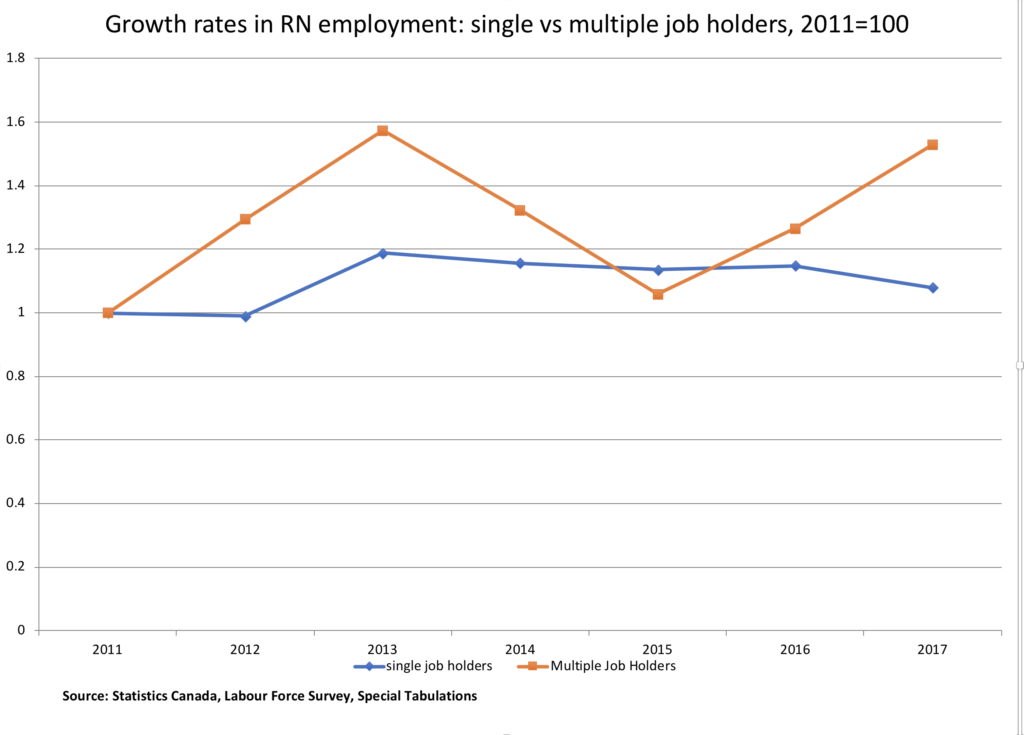 While Statistics Canada provides data on RNs’ employment, the College of Nurses of Ontario collects data on the number of nursing positions.

Chart 5 shows the share of RN positions between 2011 and 2017. It illustrates the shift from full-time to part-time positions over this period.  Full-time positions dropped from 59.2 per cent of the total to 56.4 per cent. It also shows a slight increase in in the share of casual positions. 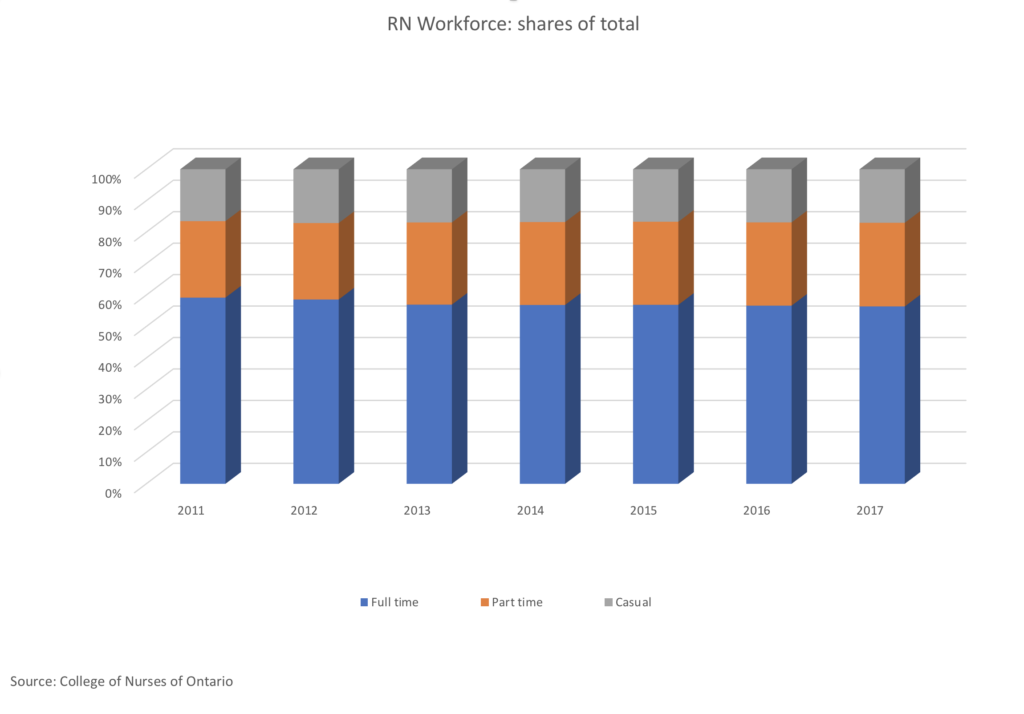 There is an urgent need to continue investments in Ontario’s health care system. It is important to evaluate the health policy and program proposals during the election period. But, an important measure of that commitment is the dollars that are allocated to those proposals:

Public health care has long been the pride of Canadian social policy, and rightly so. But pressures on the system are showing after years of austerity.

Nurses and health care workers are the heart and soul of Ontario’s public health care system. They’ve been doing more with less, but new investments in the system—and the workers who make the system tick—are required to keep up with a growing and aging population.