Liberal Words: Money Where Your Mouth Is?

In this three-part post (Conservatives, NDP) I wanted to take a look at what the parties said in their platforms compared to what they want to spend money on…are they putting their money where their mouth is? For each of the parties I’ve created two wordles or word charts.

It is pretty clear what is on Liberal minds in their "mouth" graph with "liberal" and "government" figuring very prominently. "New", "families" and "future" are also well used reflecting the liberal focus on families in the text of their platform.

What about their "money" graph? Here there is a singular focus on "corporate tax rollback" for raising revenues and that dominates the graph. Although in keeping with their "families" focus "$1000 RESP for university", "Family Care Tax Benefit" and "Child Care" are the runner up position in terms of money spent. Many of the other programs are too small to read which means they aren't receiving significant funds. 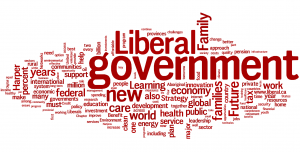 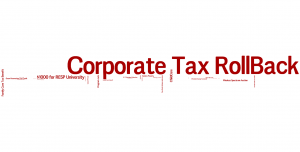