Let’s talk jobs: How does your province compare?

At the end of the longest election campaign in Canada’s history, many of the country’s workers and unemployed have been waiting even longer for a job market recovery.

Here are three key job trends for Canada from 2007 to 2015 (year-to-date): unemployment rates remain above pre-recession levels; job growth remains slow in most provinces; and youth unemployment continues at a high level.

Keep reading to see how your province is faring. 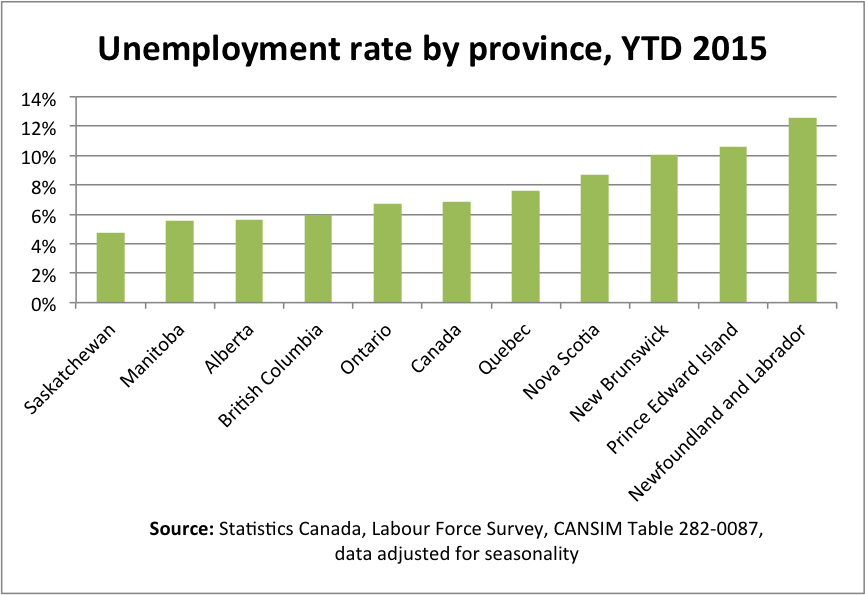 Over the last eight years, Alberta’s unemployment rate has increased by 2 percentage points, from 3.6% in 2007 to an average of 5.6% so far in 2015. More than half of that jump occurred in the first nine months of 2015, thanks largely to a crash in world oil prices.

Despite significant losses in the hard hit energy sector, Alberta’s 2015 job growth clocks in 1.4% so far in 2015. It is second highest in the country.

All the other provinces came in at below 1% growth in employment, this compares to the national average of 2.3% between 2006 and 2007. Quebec rang in a distant third at less than 1% job growth in the first nine months of 2015.

At 0.6% and 0.75% respectively, Ontario and B.C. job has been lackluster in 2015. The long awaited impact of the drop in the Canadian dollar has not had an impact yet. The employment rate in both provinces still sits at a shadow of pre-recession levels. 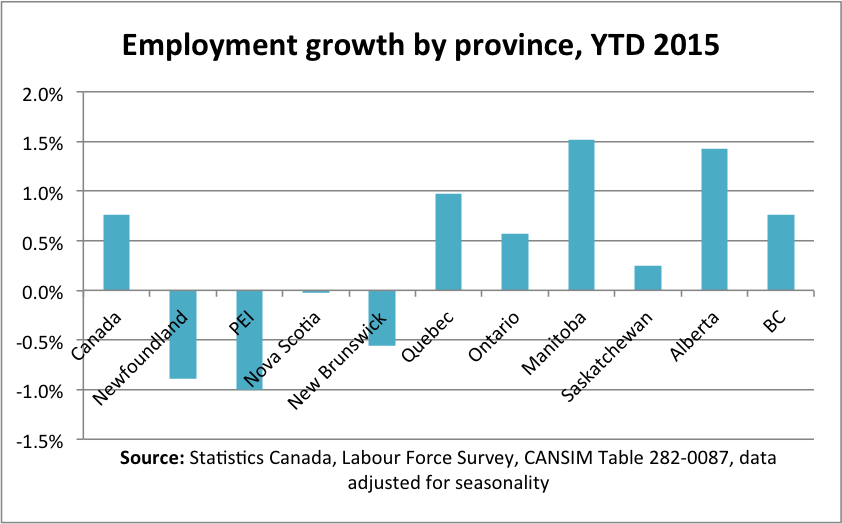 Saskatchewan showed a modest increase as well, while Nova Scotia saw no change at all in the number of jobs available to workers in the province.

Newfoundland and Labrador, New Brunswick and P.E.I., on the other hand, both saw significant declines in employment during the first nine months of 2015.

Every other province in Canada has a worse rate of youth unemployment now than before the recession. 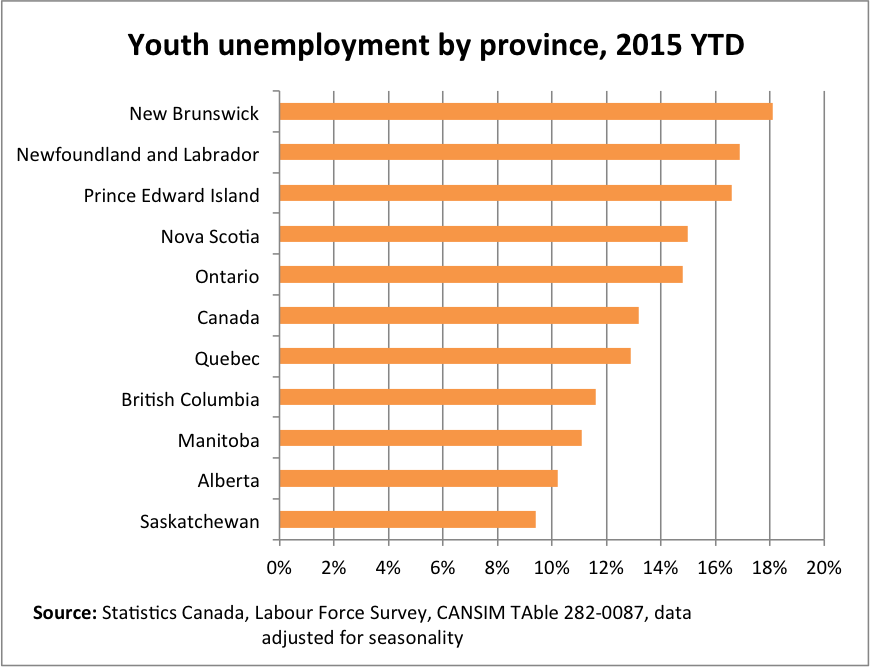