Leaving Children Out in the Cold 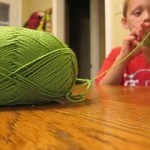 Apparently people get all subjective when they talk about children. Thank goodness we have economists. Not those crazy “social welfare” people who are “lobbying the state for more resources for families with children.” Real economists. With real facts. Economists like Christopher Sarlo, from the Fraser Institute, who published a real report (The Cost of Raising Children) on the real cost of raising children in Canada.

So let’s talk economics shall we? Let’s talk cost. Let’s talk cash changing hands. Because the primary critique that this report makes of other (higher) estimates of the cost of raising children is that these other reports measure how much parents SPEND, not the absolute COST of meeting a child’s essential needs. The report’s point is that, as parents, we spend money on all kinds of things that aren’t really needed (bigger houses, expensive vacations to Disneyworld). Fair enough.

So what are the basic needs of a child and what is the market value of the goods and services required to meet those needs? Here are the things Sarlo’s report counts as constituting the basic needs of a child for which there is an economic cost: food, clothing, personal care, household supplies, and “personal allowances, recreation, religion, school supplies”. Any other expense is deemed to be either a “lifestyle” choice or a cost that parents would bear even if they did not have children.

Before we get to what isn’t included in this list (housing, childcare), let’s look at what is included and how the estimates are made.

The Fraser Institute report rejects the Health Canada “Nutritious Food Basket” model for the cost of a healthy diet and minimum goods and services. Why? Because “[t]here is no assumption of thrift (no savings strategies, buying and stocking of sale items, no couponing, etc.).” Sarlo, however, does not seem to have a clear idea of what would actually reduce the cost of household goods. For example, “stockpiling” fruit and vegetables seems ill-advised from a health point of view. “Knitting,” another example of thrifty parenting behavior, ignores the fact that the cost of yarn is such that it makes most homemade knit items more expensive than the least expensive comparable store-bought item.

The emphasis on ‘thrift’ continues throughout the report, appearing generally in relation to characterizations of “fiscally conservative” parents and “low income and immigrant” parents. The repetition of these characterizations builds an implicit narrative of a thrifty, fiscally-conservative, low-income immigrant parent who spends even less than the report’s estimated $2500-$4000/year on each child and the middle or high income parent who takes expensive vacations (trips to Paris and Disneyworld are both mentioned), owns a large expensive house, and buys expensive clothing for their children.

There is no demographic data to support this narrative. The only support given for the existence of such fiscallyconservativelowincomeimmigrant parents, is the appendix which reprints anonymous, online comments from websites on which other articles on the cost of child rearing have appeared. Using these anonymous online comments as a basis for accurately characterizing the fiscal behavior of parents in Canada is like using the comments on “Rate my Professor” as basis for evaluating the quality of Mr. Sarlo’s teaching.

Now, on to the two significant costs that are excluded from the report’s definition of the ‘basic needs’ of a child: housing and childcare.

While this is factually the case, it ignores the initial logic of his own argument: that we should calculate the “minimum level of spending that must occur for the healthy development of the child, regardless of the level of parental income.” In this case, parents with no income (or low incomes) would, presuming thrift, be living in the cheapest available apartment. In every market in Canada, this would be a studio or one-bedroom apartment. And in every market in Canada, the cheapest available two-bedroom apartment would cost MORE than the cheapest available one bedroom or studio apartment. Therefor, there is a minimum level of spending on housing that must occur in order to meet minimum child welfare standards for living conditions.

Now for child care costs. The report argues that few parents have childcare expenses, thus childcare expenses are not a basic necessity. This is nonsense for several reasons. First, it is inconsistent with the logic of the report itself, which claims to measure absolute minimum costs, not spending by parents. Second, counting only what parents spend on childcare is like counting only people with jobs as the total number of people in Canada who need jobs. It ignores all the people who are looking for jobs, who are unemployed, and who have given up hope of finding jobs. Likewise, counting what parents spend on childcare as the total amount of spending needed ignores all the parents who cannot find childcare spots, parents who can’t afford the childcare spots available, and the parents who have had so much difficulty finding childcare that they have given up looking.

Childcare costs, like housing costs, must be included in the “minimum level of spending that must occur for the healthy development of the child, regardless of the level of parental income.” Not to include those costs would be to ignore child welfare laws. Leaving a 3 year old home alone while parents go out to work would almost certainly result in the prosecution of the parents for child neglect and the apprehension of that child by child protective services. Given that over two-thirds of all parents with children age 5 and under work, there is a LEGAL obligation of those parents to provide child care for their child while they are at work. Thus, childcare must be included as an expense.

Further, the argument that childcare costs should not be included because one parent can leave work and stay home to care for the child ignores the economic cost of lost income for that parent. (It also ignores the presence of single-parent families.) A family that forgoes one parent’s income is bearing the cost of that lost income. Further, this represents multiple losses to the economy. There is the loss of an income, the loss of the taxes paid on that income, and the loss of the input into the economy of the funds paid to provide childcare (which in turn contribute to the income of the childcare provider).

The Fraser Institute report does not provide a more accurate and less subjective accounting of the minimum costs necessary to provide for a child. It includes a variety of subjective characterizations of parental behavior (“thrifty,” “conservative”) and attaches them to groups of parents (“immigrant,” “low income”) with no evidence supporting such a linkage. It excludes real costs required to care for a child in a manner that meets the legal threshold required by Canadian child welfare standards. It mixes cost-based estimates with expenditure-based estimates, in spite of dismissing the latter as they appear in other reports.

The impact of the report’s conclusion are potentially devastating to the well-being of families in Canada. Affordable housing is essential to ensuring that parents can provide safe living conditions for their children. Affordable housing can make the difference between abused women and children staying in an unsafe setting or leaving it. And providing affordable and safe childcare? Well, according to those social welfare activists at TD Economics, investing in child care “fosters greater labor force participation”; it increases job opportunities; and it “reduces duration of unemployment if it occurs.” As if that isn’t enough, TD Economics goes on to conclude that investing in child care “can also reduce poverty and help to address income inequality.”

Call me subjective, but I do think that children should have a safe place to live and somebody to look after them while their parents go to work. I think less child poverty would be a good thing. And call me spendthrift, but I actually think a Canada with well-cared for children is worth investing in.