Leaping into a new carbon-free economy 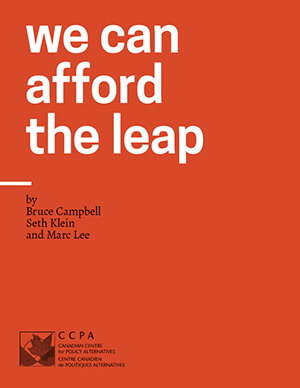 Tuesday Sept 15 saw the release of an exciting new document – The Leap Manifesto: A Call for a Canada Based on Caring for the Earth and One Another.

In essence, the manifesto is a positive vision for Canada. It calls on the next government to move Canada off fossil fuels quickly, insisting that baby steps will not do – we need to leap.

The manifesto goes beyond what any of the parties are currently saying. And it deals with more than just the urgency of climate change. It calls for a more just country, one that acts in accordance with Aboriginal rights and title, welcomes migrants and refugees, tackles inequality and poverty, and invests in the low-carbon social programs and infrastructure we need. 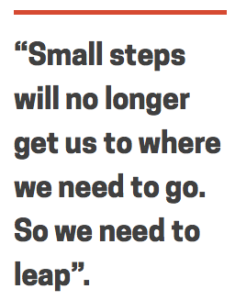 But now the Canadian public at large is being invited to sign on, to add their names to this call. And thousands already have (over 10,000 within the first day).

The CCPA was asked if we could provide a supporting document outlining how The Leap could be paid for. Drawing on the CCPA’s Alternative Federal Budget and the work of our Climate Justice Project in particular, our contribution seeks to outline a variety of options for financing The Leap.

While initiated by author Naomi Klein, the drafting of the manifesto was truly a collective effort, involving dozens of organizations and activists. 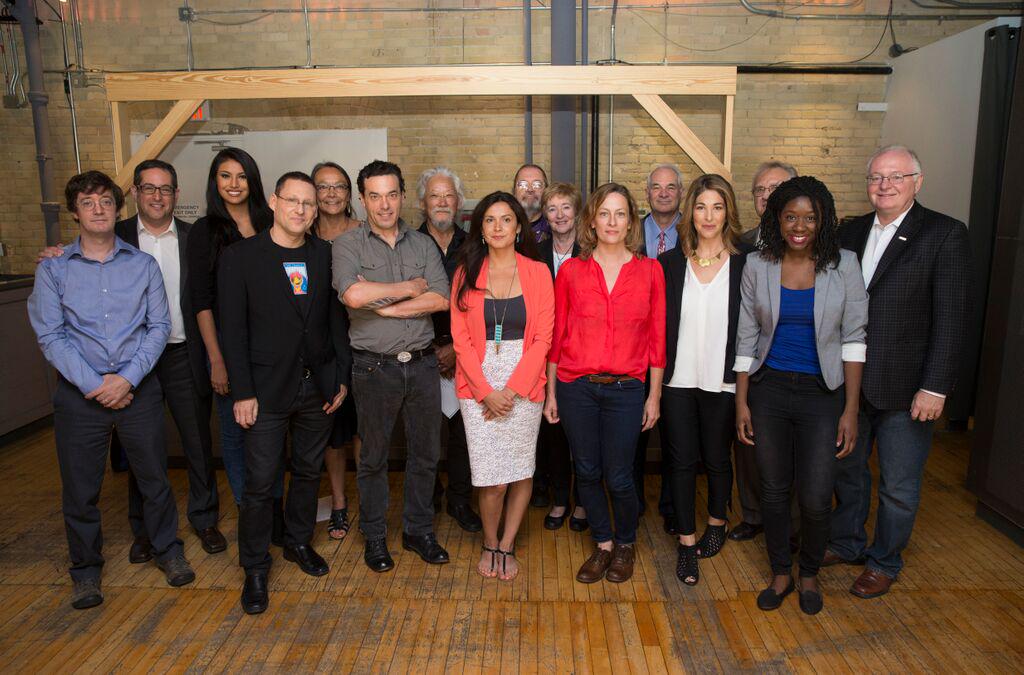 Yes, that’s me next to the amazing new Mrs. Universe, Ashley Callingbull; not something I ever expected to write.

The reaction from the mainstream media has been interesting. It’s as if some see themselves as guardians of the acceptable parameters around our political debates, and any attempt to step outside those barriers must be slapped back and ridiculed. Much like the brouhaha that erupted over Linda McQuaig’s comments about the tar sands earlier in the election campaign, it is frustrating that when a group of people come together to say that science is demanding that we get serious about the climate, most mainstream political commentators are only able to interpret the document through the lens of the current political horserace.

But as Naomi wrote on social media after the release:

“The Leap is not about horserace politics. Not about attacking or supporting any party. It's about enlarging space of what's possible. It's stunning that political press corp can't seem to fathom that people have political ideas that are not about party politics. Lots of Canadians are going to be voting for what they don't want. The Leap creates a space to demand what we do want. Deal with it pundits.”

You can see a very good interview with Naomi talking about the Leap on CTV.

Seth Klein (he/his) is the former CCPA-BC Director and now leads the Climate Emergency Unit, which presses for the implementation of wartime-scale policies in Canada to confront the climate crisis. Find him on twitter at @SethDKlein.