July 1st: Tenants Have No Reason To Celebrate

Each year, Canada Day coincides with Moving Day in Quebec. For the luckiest in the lot, the celebrations include heat and sweat, heavy boxes, cumbersome household appliances, laughs with pals, beer and pizza. However, still too often, when leases expire families end up on the street, unable to find adequate and affordable housing.

Even though things are getting better—the crisis which hit rental housing during the 2000s has somewhat subsided—they are in no way perfect at the moment. Vacancy rates for rental units with three and more bedrooms currently stand at 2.3% in Quebec’s urban areas, still far below the 3% vacancy rate equilibrium. Low income families in search of housing are thus not seeing their situation improve. In addition to having to move heaven and earth to find one of the rare available apartments, they must also deal with an average increase of $23 of their monthly rent, which amounts on average to a 2.8% increase.

Nonetheless, the overall state of the rental market has stabilized over the last 2 or 3 years. With a vacancy rate of 2.9%, we are even reaching equilibrium. These reassuring national figures however smooth out regional realities which are still cause for concern. For instance, Montreal (2.7%) and Quebec City (1.8%) have seen the number of housing units available on their territory decrease this year. Moreover, extreme rental housing shortage persists in the Abitibi region, which borders Northern Ontario (Val d’Or: 0.2%, Rouyn-Noranda: 0.2%), and in Sept-Îles (1.0%), south of Labrador on the St. Lawrence River coast. 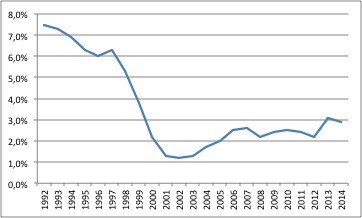 If we are living in a period of stabilization, why are the problems of disparity in the rental market still recurring? Housing for families remains rare and too expensive for a number of them. Furthermore, some regions which depend greatly on the fluctuations of mining are simply unable to get back on their feet. If this is what a “stable market” looks like, it seems fair to ask whether it’s wise or not to leave the fate of the rental stock in the hands of private initiative.

What do the promoters of this private market have to say for themselves? Unsurprisingly, not much. While some people are inadequately housed, the Quebec Landlords Association (QLA) is organizing a photo contest among its members to showcase the poor condition of apartments after tenants move out. Another QLA priority: doing away with leases’ section G to prevent incoming tenants from knowing how much rent their predecessors were paying.

In short, QLA wants to portray its members as both subjected to disadvantageous rules and the unfortunate victims of malicious tenants. It’s too bad (for this group of rental housing landlords), but in reality it’s quite the opposite. Of course, not all tenants in Quebec are model citizens, but facts—in contrast to the corporate interests of a particular group—show that in recent times market price evolution has been favourable to landlords. 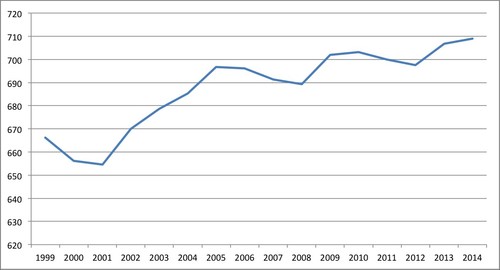 From 1999 to 2014, rents have mostly increased. Over the whole period, it’s added 6.5 percentage points to inflation. In the meantime, tenants’ income is flat and nothing in the housing offer has occurred to justify such an increase.

Allowing incoming tenants to know the price that was paid by those who came before them is simply a way of ensuring they aren’t left holding the bag. If, as landlords claim, signing a lease represents a contract negotiation like any other, wanting to systematically hide information to one of the two contracting parties looks quite a lot like cheating.

In fact, a simple solution exists to solve this problem. With a provincial lease registry, there would no longer be any need to write down the previous rental amount.

This article was written by Philippe Hurteau, a researcher with  IRIS—a Montreal-based progressive think tank.