Alberta is the only Canadian province without a sales tax. That needs to change.

With its own sales tax, Alberta could afford to make important new investments in social programs. For example, it could hire more teachers, improve staffing levels in long-term care facilities and build more affordable housing.

Without such a tax, Albertans must settle for mediocrity. We must watch as low-income households struggle to pay for prescription medication. We must watch student debt loads grow. And we must watch some social assistance recipients get by on a mere $8,000 annually.

The province has seen several alarming trends in recent years. For example, our population is aging—in fact, the number of seniors in the province aged 85 and over has doubled since 1999. This trend will only increase.

Meanwhile, class sizes for young Albertans are growing. Just five of 61 school boards in this province meet the class size targets adopted by Alberta’s provincial government in 2003. To bring class sizes up to the levels of a decade ago, Alberta would have to hire 3,000 additional teachers.

The value of monthly social assistance benefits received by single adults without dependents has actually decreased in recent years. Indeed, when accounting for inflation, recipients without dependents have seen their monthly benefits reduced by $25 since 2012. Today, a single adult on income assistance in Alberta receives just $627 per month to live on. This makes such a person highly vulnerable to homelessness.

Meanwhile, on reserve in Alberta, the child poverty rate is nearly 60%.

Budgets are always about choices, and this principle has inspired alternative budgeting exercises across Canada for over two decades.

This year, an Alberta Alternative Budget was written in collaboration with individuals from the non-profit sector, the labour movement and advocacy sectors. It provides a costed-out plan of spending initiatives, along with a plan to finance them.

The Alberta economy experienced strong growth in 2017. But we still face an awkward reality: with the current price of oil, we don’t generate revenue like we used to! 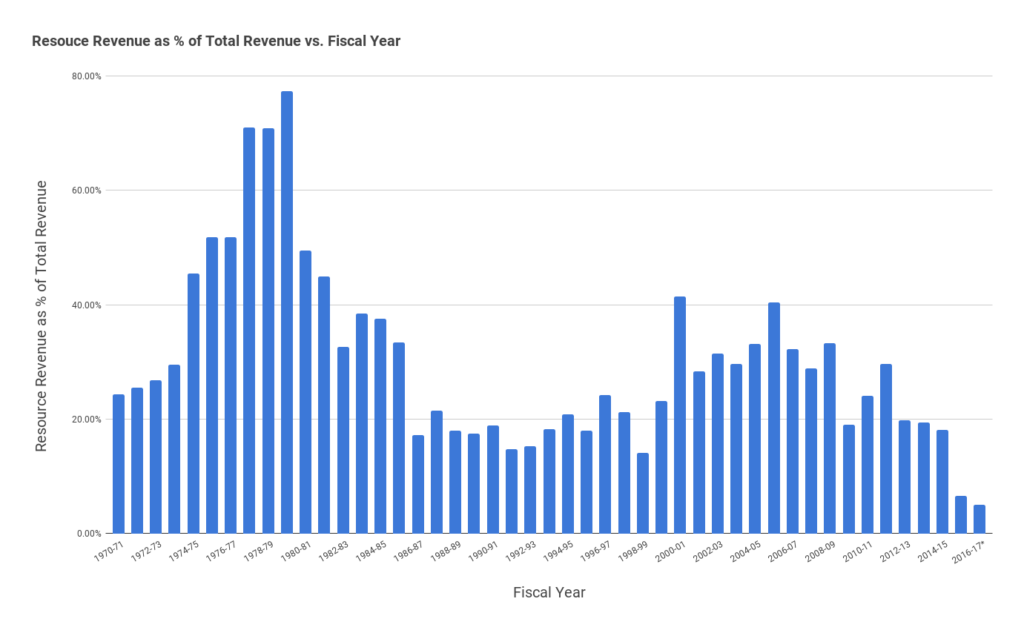 Our alternative budget gives the Notley government credit for increasing personal and corporate taxes, as well as increasing tobacco and fuel taxes. These measures allowed the province to avoid austerity budgets seen elsewhere, such as in Saskatchewan.

Yet going further, we propose that Alberta introduce a Harmonized Sales Tax (HST). A five per cent provincial share added to the existing federal Goods and Services Tax (GST) would minimize compliance costs to business.

We would also introduce a rebate for low-income households, to offset any unfair impact  the higher HST might have on them.

The Notley government says it has no intention of introducing a provincial sales tax. That may play well politically in the short term, but it makes for lousy public policy.

Nick Falvo is the editor of this year’s Alberta Alternative Budget. This post also appeared in the Edmonton Journal.