Is your pension fund in climate denial? 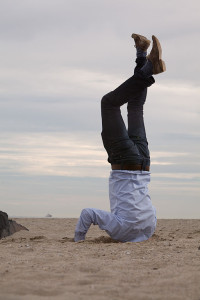 Fossil fuel divestment campaigns have become a focus for climate change organizing, targeting university endowments, churches, foundations and pension funds. While the motivations are primarily moral—if it is wrong to wreck the climate, it is wrong to profit from that wreckage—there are important economic arguments for divestment.

If we are to have a reasonable chance at staying below 2°C of global warming – the target for international negotiations – between two-thirds and four-fifths of proven fossil fuel reserves (those already near development) will need to stay underground, forever.

This situation is even more dire for Canada due to our economic reliance on fossil fuels, plus our high costs of production. Figure 1 from our new report, Pension Funds and Fossil Fuels: The Economic Case for Divestment (co-authored with Justin Ritchie), presents a cost curve ranking of future oil production around the world, from lowest to highest cost, mapped against various estimates of a global carbon budget.

In a world of constrained carbon, the lowest-cost reserves are likely to be developed first. Canada is a relatively high-cost producer, with Canadian heavy oil projects (in green) requiring a breakeven price of $70-85 per barrel. To meaningfully address climate change, a large share of Canada's bitumen reserves cannot be developed. 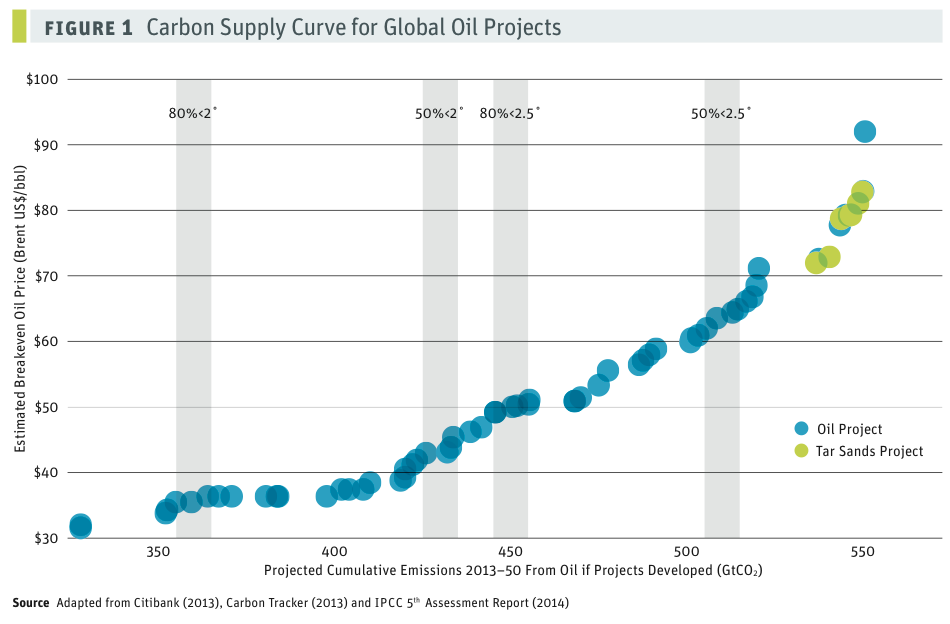 Institutional investors, including some pension funds, are increasingly aware that fossil fuel company business models are not compatible with a habitable planet. But this is not reflected in the annual reports of Canadian public pension funds, which don’t mention climate change as a material risk to pension sustainability.

In effect, Canadian pension funds have been living in a form of climate denial through their major holdings of fossil fuel stock, and are thus exposed to risks from new policies to address climate change. Integrating an understanding of climate policy risk that includes the potential for new regulations, carbon pricing, emission caps and unburnable carbon reserves is a logical next step in the conversation on sustainability within the pension world.

In addition to climate policy, a number of other risk factors could turn today's fossil fuel stock into tomorrow's stranded assets:

In this context, the concept of fiduciary duty needs a rethink. Because of the long-term planning horizons of pension funds, climate change must be taken seriously by trustees, and funds must equally represent the interests of young workers for their eventual retirements.

Divestment from fossil fuels is, in our opinion, consistent with fiduciary duty. But funds can and should also play a transformative role in building and scaling up the green infrastructure needed for a zero-carbon world. Infrastructure requires up-front capital investment with a return paid out over decades, which aligns well with the needs and long-term horizons of pension funds. A great deal of that money will need to come from the public sector through vehicles such as green bonds.

We recommend a four-point plan: (1) higher standards of disclosure so there is daylight on fossil fuel holdings; (2) carbon stress testing to clarify the risks associated with fossil fuel holdings, and develop criteria to evaluate best and worst performers; (3) engagement with companies about their capital expenditure plans; and, (4) developing a process for divestment from fossil fuels and re-investment in green alternatives.