Is Ontario Place “for the people”? Or only for investors? 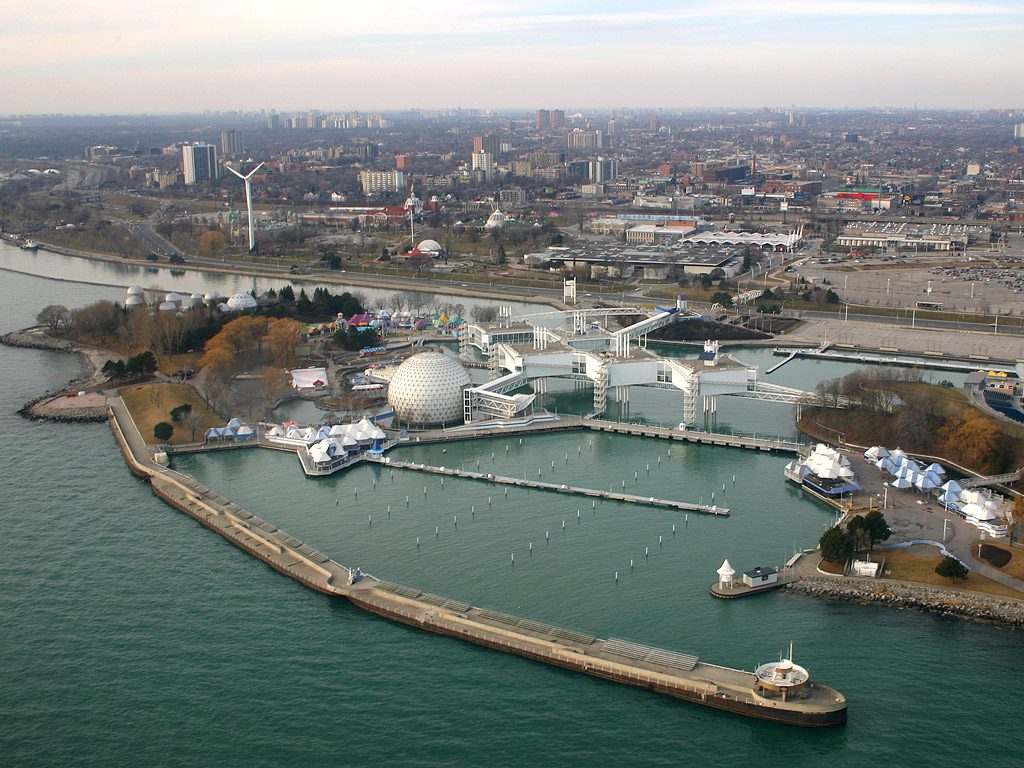 The future of Ontario Place is up for grabs.

Will Toronto’s waterfront park be a reinvigorated public space beside the natural wonder of Lake Ontario? Or a glitzy commercial zone, where enjoying the view means shelling out big bucks?

Last month, the Ontario government clearly backed the latter idea, calling on investors to put forward “commercially feasible” ideas to transform the site. The province wants “a spectacular destination that could include sport and entertainment landmarks, public spaces and parks, recreational facilities, as well as retail,” according to its news release.

With 68 acres of land and 87 acres of water, Ontario Place is big and bold as it is. And it is already being revitalized. In 2017, the multi-purpose William G. Davis trail opened, as did the 7.5-acre Trillium Park, built over a former parking lot. A refurbished Cinesphere, Ontario’s largest IMAX theatre, is showing movies again, and the privately-run Budweiser Stage draws major touring acts, from Sarah McLachlan (with a symphony orchestra) to Iron Maiden.

That’s not commercial enough, apparently. While the province won’t allow a casino or new housing at Ontario Place, it clearly wants to see a large-scale money-making venture there, and it’s willing to provide hefty subsidies and other assistance to make it happen.

The province says it will pay for any soil remediation needed to allow building on the 50-year-old site. It will pay for water, sewer and electricity systems. It will build a subway line to deliver customers to Ontario Place—a transit idea that was no one’s high priority until the Premier announced it in April.

In addition to money, the government is pledging to make sure any necessary approvals happen quickly. Where does that leave Toronto’s elected city council, which just voted unanimously to put Ontario Place on its register of heritage properties? What does this mean for the water claims of Indigenous people, whom the province only says it “may have a duty to consult?”

But perhaps the biggest giveaway is that the government will allow investors to control access to the site.

This is a huge mistake. If there’s one thing most Torontonians agree on, it’s that Ontario Place should allow everyone access to the water. Start charging admission, start making it a place where people and families have to spend $100 or be accused of loitering, and you put up a barrier. If we let that happen, Ontario Place won’t be “for the people”; it’ll only be for the investors who empty the people’s pockets.

To be clear, Ontario Place isn’t wilderness—it’s just offshore from Canada’s biggest city, and with millions of people close by, it is going to have amenities. But it is a park nonetheless, and around the world, major cities are holding on for dear life to waterfront parkland. Parks make cities livable, and they bring real returns for residents, visitors and businesses alike.

Continuing the work that’s already been done to turn Ontario Place into an accessible, 21st-century park remains a sound investment. That’s how to build something that’s truly “for the people.”

Randy Robinson is Ontario Director of the Canadian Centre for Policy Alternatives. Follow him on Twitter at @Randyfrobinson. Cynthia Wilkey is Vice-Chair of Waterfront for All, a coalition of 30 organizations. Contact Cynthia at wilkeycj@gmail.com.