How raising the minimum wage will impact Hamilton

Hamiltonians will be getting a raise – predominantly in their prime working or senior years. A notable 53% of gainers are 25 and over, 12,000 of which are over 55 years-old.  What’s more, the richest 1% of Hamiltonians saw a raise in the last year worth what a minimum wage earner working full year full-time would make even after moving to $15 an hour (which won’t happen for a year and a half). 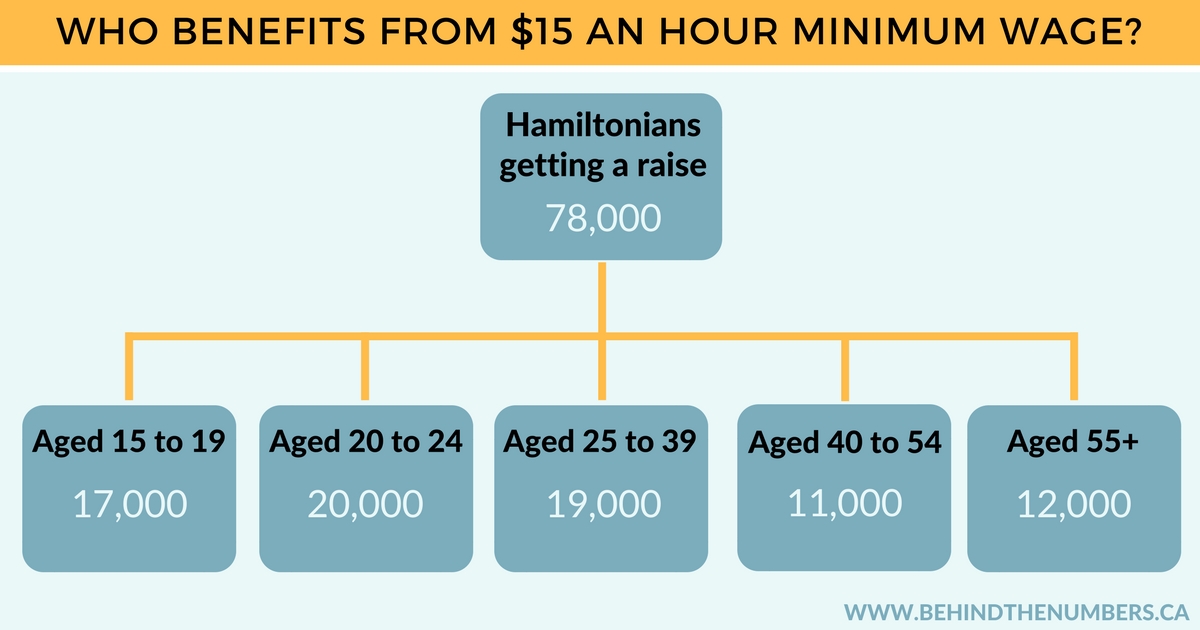 A Hamiltonian working full time for a minimum wage beginning January 2019 would make $30,000 a year. Even those who don’t work full time may be pulled above the poverty line for the first time thanks to the pay increase. And among the more precariously employed, 37,000 part-time workers (54% of all part-timers in the city) will see a raise.

In other words, Hamilton’s richest 1% made in raises in one year what a $15-an-hour worker will make from a full year of full-time work. At least a few of these wealthy Hamiltonians will be the owners and managers of the businesses currently lobbying against the provincial government’s minimum wage hike.

Hamiltonians getting a raise are concentrated in three industries: 19,000 work in retail, 17,000 work in accommodations/food services workers and 8,000 workers the cleaning, security, call centres or waste collection sectors.  These jobs cannot be outsourced overseas—a fact that helps us call the big business bluff about skipping town.

At the end of the day, all Hamiltonians, rich and not-so-rich, workers and employers, will benefit from the $15 minimum wage.

This blog is part of a series that examines who will benefit from a proposed move to $15 an hour minimum wage in Ontario. For a look at why the raise is good for Ontario workers, read CCPA Ontario director Trish Hennessy's take here. Data on how $15 minimum wage would benefit Ontario's Indigenous workers and families can be found here. Toronto-specific calculations are available online here.