How closing tax loopholes could pay for a green economy 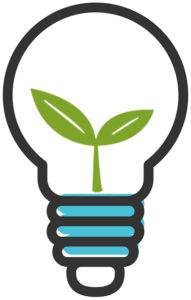 A bombshell new study by the CCPA recently revealed that tax loopholes in Canada are costing the Canadian government $103 billion per year in foregone revenue with most of the benefits going to the wealthiest Canadians. As report author David Macdonald points out, that’s as much money as the federal government collects in all personal income taxes every year. Put another way, closing those loopholes would generate new government revenue equal to roughly 5% of the entire Canadian economy.

What could you do with that much money? For starters, you could eliminate post-secondary tuition. Then you could create a universal child care program. And then a national pharmacare program. Heck, there’s money left over. Let’s massively expand anti-poverty programs for children, seniors, and First Nations while we’re at it. With $103 billion in new revenues, the entire platform laid out in the Alternative Federal Budget could easily be implemented with money left over.

So let’s ask a different, hypothetical question. If the federal government had an extra $103 billion per year to invest in Canada’s fight against climate change, what could it be used for? How far could we reduce the country’s GHG emissions in, say, the next 15 years?

By my back-of-the-envelope calculations, replacing all of Canada’s conventional power plants (coal, natural gas, oil, etc.) with the equivalent generating capacity in solar and wind projects (at a 25/75 split) would cost around $90 billion and reduce greenhouse gas (GHG) emissions by 11% relative to current levels. Let’s double the sticker price to account for increased electricity demand in the future. Spread out over 15 years, that’s just $12 billion per year in renewable energy investment.

Completely phasing out the oil and gas sector would reduce Canadian GHG emissions by 26%. Offering generous compensation and skills retraining to the 150,000 people employed in that sector might cost as much as $15 billion (at $100,000 per person), or $1 billion per year in our scenario, but we could easily afford it.

If we really wanted to make an impact, we could totally electrify the transportation system. The federal government could replace the 24 million cars, buses and heavy trucks on the road with new electric models (at, say, an average cost of $30,000 per vehicle) for $720 billion, or $48 billion per year for 15 years. It’s an outlandish idea (not least because public transit is a much better investment), but we could still afford it. Electrifying the vehicle fleet would reduce GHG emissions by 23% and create countless jobs in auto manufacturing and supporting industries.

We still haven’t addressed buildings, heavy industry, agriculture, or waste, which are collectively responsible for the remaining 40% of Canada’s emissions. There are no quick fixes, so let’s allocate $35 billion per year to a massive national retrofitting and innovation program to improve energy efficiency across the country. Besides reducing energy use, that investment would create hundreds of thousands of well-paid jobs spread across every region of the country.

As the cherry on top, Canada could uphold its Paris Agreement commitment to provide meaningful climate financing to developing countries. Collectively, developed countries have promised US$100 billion per year by 2020. If Canada generously provided 5% of the total, that would be another $7 billion per year, which brings us up to $103 billion per year in reconstituted tax loopholes.

Bringing it back down to earth

This “plan” is hardly the most realistic or efficient approach to emissions reductions (here are some better plans)—and closing every single tax loophole is neither beneficial nor feasible—but it’s an illustration of just how ambitious we could be on climate change with a significant injection of federal cash into Canada’s low carbon transition.

Ignoring many obvious logistical hurdles, the measures outlined above would reduce Canada’s GHG emissions by well over 60% in just 15 years, easily exceeding our 2030 target and putting us on a clear path to our new 2050 target, while simultaneously creating hundreds of thousands of good jobs. And that’s without any form of carbon pricing, which by itself would drive emissions reductions and enable new funding for climate initiatives. Coupling a strong national carbon price with a fraction of $103 billion per year in new green investments would be more than Canada needs to drastically reduce emissions in a very short time and ensure an equitable, inclusive, and economically productive outcome for everyone in Canada.

Getting to a carbon neutral future is not only necessary, as climate scientists have long urged, it’s also increasingly feasible. A growing chorus of economists, academics, and policymakers around the world are joining environmental activists in advocating for a massive, rapid transition that will mitigate the worst effects of climate change while simultaneously promoting a more equal, inclusive economy.

For Canada to get there, as a country, we first need to make the political choice to end business as usual and invest in a greener future. Closing some of the billions of dollars in tax loopholes going to the wealthy and investing the proceeds in climate initiatives is a sensible place to start.