Household debt is far too high, why it’s going to go higher still 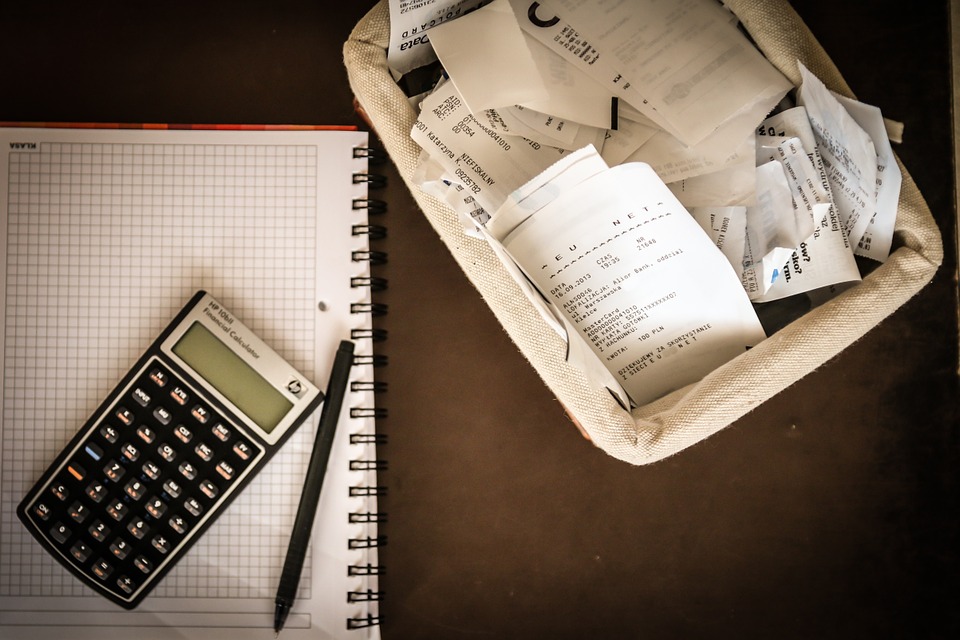 When the National Balance Sheet came out yesterday, the media focused on how the record-high household debt-to-GDP ratio is now above 100%, the implication being that households should pay down that debt... somehow. This is far from the full story. We need to look at the broader debt picture across all sectors.

In much neoclassical economic theory, debt is considered irrelevant, not even worth examining. It’s how economists could completely miss the biggest economic crash since the Great Depression in 2007-08, which was driven by—you guessed it—very high debt levels. The popular thinking is that, in all cases, debt should be “paid off” in the way a person pays down their mortgage. Often missed is the connection new debt plays in funding economic growth.

Debt has a funny way of shifting between sectors: when government debt goes down, household debt rises to compensate. In fact, debt across all sectors in the economy has been relatively stable at roughly 230% of GDP. (That was until 2009, when it started to climb rapidly, but more on that shortly.) Break it down and we see the federal debt burden is at an all-time low, while the provinces experience all-time-high debt-to-GDP ratios. This year’s $29-billion federal deficit will not change this much. 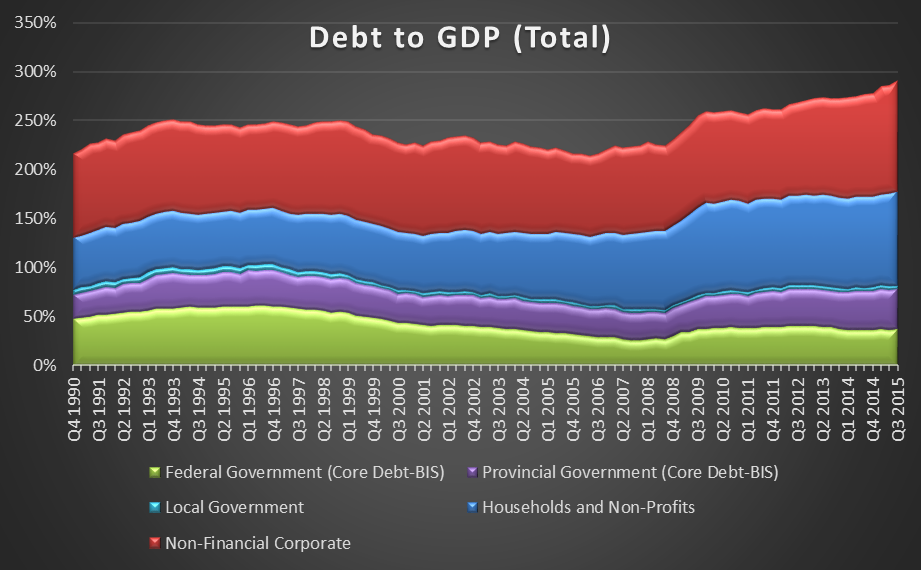 So what of the surging household debt announced yesterday in the National Balance Sheet? This isn’t about big screen TVs, it’s about housing prices, which are also at all-time highs, pulling mortgage debt upwards in tow. If we want to see household debt decline, house prices need to come down, but outside Alberta we’re a long way from that scenario. Over the past year, households have racked up a deficit of $73 billion—more than double the federal deficit.

Corporate debt (for non-banks) has been fairly stable since 1990, but this started to change 2012 and has reached 120% of GDP today, higher than household debt. This could be good news if companies were taking out loans to buy equipment and make Canada more productive… but they aren’t. Banks (financial corporate) also have substantially higher debt since 1990s, although this is related to how they are funding real estate loans to Canadians. 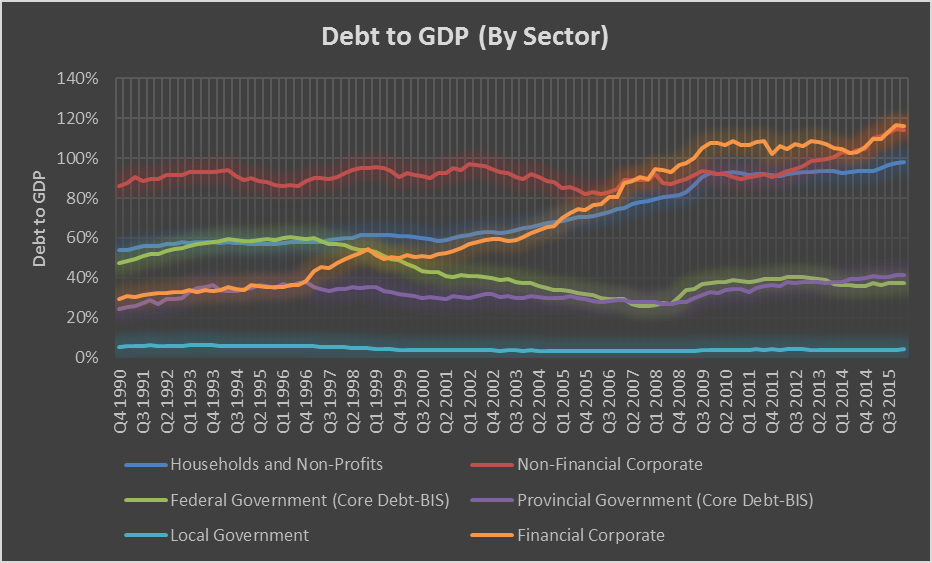 Personal debt often has a negative connotation, but debt over the whole economy is unavoidable and often critical to economic growth. It is large spikes or imbalances in that debt that can cause problems. For instance, within that $73-billion household deficit, $23 billion is extra household consumption and $4 billion is new house construction over the past year. In other words, it is economic growth.

Corporations ran a $64-billion deficit in the past year, but none of it was invested in new capacity. In fact, corporate non-residential structures plus machinery and equipment actually dropped by $10 billion in the past year, reducing economic growth. Much of the additional corporate debt ended up in mergers and acquisitions instead of in real economic growth. Government spending on infrastructure is also unchanged since last year, despite $6 billion in additional expenditures, and so adding little to growth.