This week, Behind the Numbers is publishing a series examining Canada’s economic recovery and scrutinizing the government’s economic message. Monday, we looked at GDP and Economic Growth, yesterday we looked at unemployment in Canada; today and Thursday we will be looking at indicators of employment quality in the economy.

As we saw yesterday, the recovery of Canada’s job market since the recession has been mid-ranged compared to rest of the developed world; a natural follow-up question to this is “what is the quality of these jobs?”

A commonly accepted definition of a “good job” is one that is full-time and that is a permanent, long-term position. Using this definition, we can examine the quality of jobs during the recovery.

Underemployment – Not Working to our Potential

Perhaps the clearest indicator of poor-quality employment in the labour market is the proportion of people who work part-time but would prefer to be working full-time. This measure is called the involuntary part-time rate and is a better indicator of employment quality than a simple full-time versus part-time employment ratio because it controls for people who are working part-time by choice. Voluntary part-time workers have chosen their status (because of family obligations, school, or a variety of other reasons) but that is not the case with involuntarily part-time employment – those workers simply cannot find the full time jobs they want.

In short, involuntary part-time workers are underemployed and not working as much as they would like. 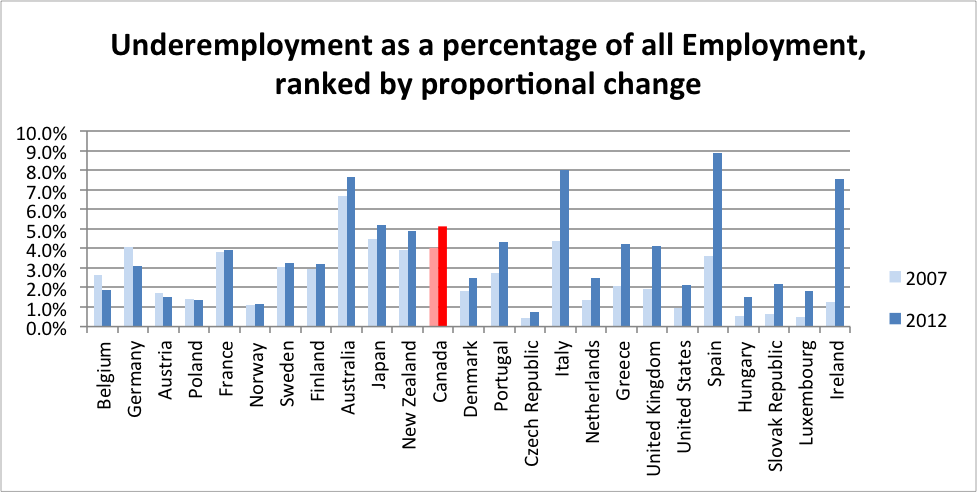 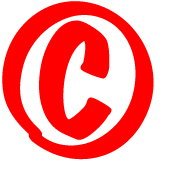 Canada’s relatively high proportion of involuntary part-time employment partially predates the recession, and it has gotten worse over the recession and recovery.

Notably, Canada’s rate of involuntary part-time employment increased 1.1 points from pre-recession (2007) to 2012. Proportionally, this rate increase, from 4.0 to 5.1, is a change of 27% over the pre-recession levels. This rate of increase is at the mid-point of the OECD experiences during recovery, specifically, 12th out 25 in terms of proportional change and this OECD ranking earns Canada’s recovery a grade of C.

Based on December 2012 labour force statistics, an increase of 1.1 percentage points means that there are approximately 195,000 more people in involuntary part-time positions now than at the prerecession rate.

Be sure to join us tomorrow as we discuss another aspect of employment quality over the recession: precariousness.