Fighting back, pushing forward: Ontario students are saying no to education cuts 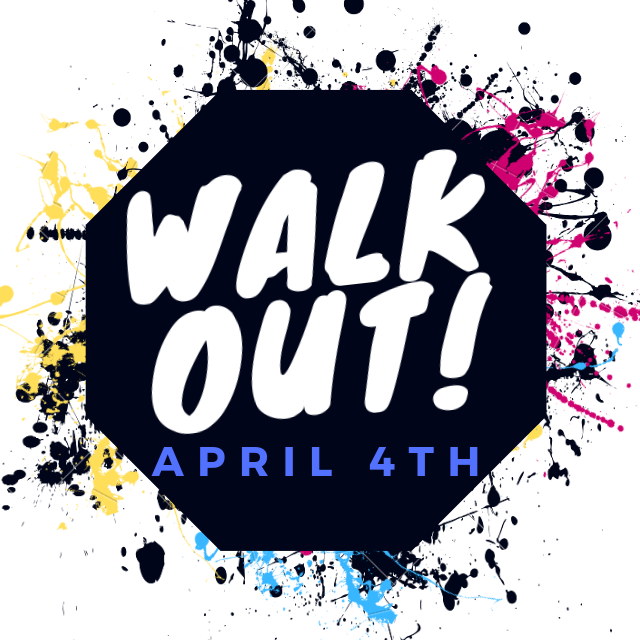 On March 15, 2019, the Ontario Conservative government announced drastic, harmful changes to public education. These changes include a funding cut of 20%, significantly increasing class sizes for high school students, and four compulsory online credits out of a total of the 30 required for graduation. Previous cuts have already raised concerns for specialized programs including the arts and support for students with special needs; a further reduction in funding will make it even worse.

Students refuse to fall victim to a government that seems prepared to not care about young people or their successes in and out of school. Which is why the Students Say No organization was founded. Today, April 4, 2019, over 100,000 students from roughly 700 schools across Ontario are walking out of class to show the government that these indefensible cuts that threaten our educational future are not going unnoticed. We will be heard.

Our organization has connected with thousands of students through social media, a tool often ridiculed and used to stereotype young people (the success we’ve had with this communication is almost ironic, given the government’s recent cellphone ban). We’ve gained over 15,000 followers in only two weeks—passionate students ready to take a stand and show the government that we will not back down.

Students Say No has teams for media, for graphic design, and for public outreach and response. We are working tirelessly and have gained the support of politicians including Mitzie Hunter, Joel Harden and Marit Stiles. Our online petition has over 50,000 signatures. This incredible work by students proves how much we value education. The enormous response to how our schools have been put at risk has lit a spark of hope for students, educators, education workers and parents. And it won’t go out anytime soon.

Our critics claim that today’s action is just an easy excuse to get out of class (a similar charge was made against the student-led climate march earlier this year). Unfortunately, the government hasn’t listened to our protests, our petitions, our emails, our calls, our posts. And we need them to listen. But for this to happen, support is crucial: we want as many students as possible standing with us to help show those in power that we care.

Students have worked hard. This walkout will teach everyone involved a lesson about unifying, organizing and taking civic action. This sort of action is at least as, if not way more, educational than taking notes in a civics and careers class. We are doing something bigger than ourselves. The walkout and what it means is worth the absence.

I know what’s at stake for so many students because these cuts affect me personally, too. Learning provides me with a sense of passion and determination. Last year, in Grade 9, I looked at all the courses I could take for my four years of high school and I was ecstatic because a playwriting class was offered. I am interested in both drama and writing so, naturally, I couldn’t wait to enrol. Earlier this year, I put it on my course selection. But my dreams have been jeopardized by these cuts. It’s more likely than not that I won’t be taking that class, and my eagerness to learn will be limited by the knowledge that these cuts will reduce the options I and other students will have in the future.

I also struggle with math. Without extra help, I wouldn’t be doing as well as I am. But with more students per class, the demand for help increases. Teachers will have much less time to help every student one-on-one. Students won’t do as well, and teachers will become more stressed, put under more pressure. Education Minister Lisa Thompson claims students in larger classes will be more “resilient,” ignoring an overwhelming amount of research indicating that a student's educational experience is improved when they have more contact and time with an educator (not to mention the fact that educators can teach more effectively and with less stress when they have sufficient one-on-one time with students).

(And, incidentally, the government's math doesn’t add up: it reduced the number of Toronto city councillors to make the city run more effectively, but increased students per class for the same reason. But who needs consistency?)

Friends of mine with anxiety, learning challenges, and those on the autism spectrum will suffer most. An increase in class size means an increase in worry, along with a deep sense of betrayal that elected representatives do not seem to care. Panic attacks will be more frequent (and, I suspect, so will cheating, as desperation grows).

As a student, it hurts to know that the government apparently doesn’t care about me, or my friends, or any of us, or our success. Ideally, we want to make them care. If the Ontario government isn’t prepared to take back the cuts for the right reasons, we hope they notice the backlash and be pressured into caring, or at least responding.

Ontario may be in debt. But reducing public education in the name of budget cuts is a calculated attack on those without the ability to vote. And for the government to claim no job losses while campaigning, only to break that promise, is a betrayal of those who are already out of work as boards and municipalities respond to the government’s announcements, and to the many others who will follow.

With the previous walkout in late September, we saw results. The sex-ed curriculum was put back in place, albeit with “modifications” that saw certain topics introduced later. This gives us hope. We need the government to reconsider. Young people have stepped up. We’ve protested. We’ve raised awareness. The current government can’t ignore the incredible civic activism of students.

This will be Ontario’s largest walkout and has the potential to be one of the largest student-led protests in Canada’s history, all courtesy of young people. Some may call us lazy, apathetic or immature, but we have done an immense amount of work to fight for our right to a well-funded education and a promising future. What we’ve already accomplished standing up for our schools shows everyone what we’re capable of and should prove that the future is in good hands. We sincerely appreciate the support we’ve received from communities across the province. After all, it’s your future too. Public education belongs to all of us.

Noah Sparrow is a Grade 10 student—and student activist—from Toronto. He, along with thousands of other students, will be participating in the walkout today (April 4, 2019) in protest of cuts to public education in Ontario. Follow him on Twitter @n0ahsparr0w.