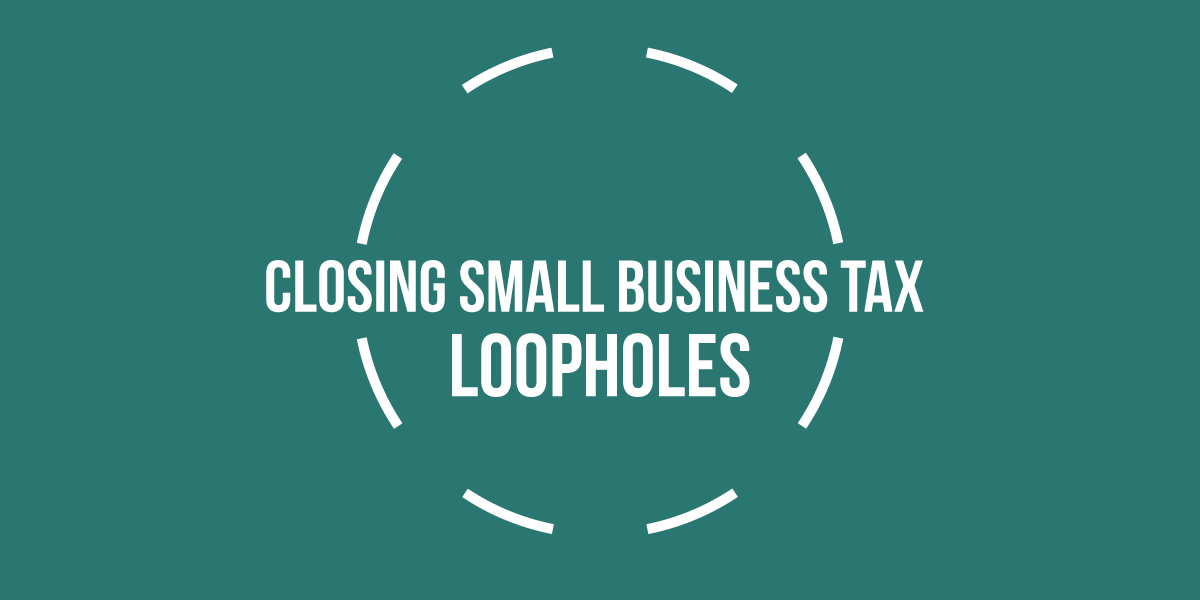 The NDP, Liberals, Conservatives and Greens are now all proposing to cut the small business tax rate from 11% to 9% (albeit on slightly differing timelines), an unnecessary and unwise policy, as outlined in previous CCPA posts. It may make for good politics, but it’s a policy with no economic merit.

It’s not all bad news, however. Sensitive to the critique that this policy will worsen inequality and bestow a large benefit to wealthy individuals such as doctors and lawyers who structure their income as a small business, both the NDP and the Liberals are now proposing to close many of the loopholes that allow upper-income people to lower their tax bill.

In their fiscal framework document released on Sept 16, the NDP included this note: “We will ensure that high income individuals are no longer able to use Canadian Controlled Private Corporations (CCPC) to inappropriately engage in income splitting and close other related loopholes that allow some high income individuals to shelter income in CCPCs. This figure has been estimated by Michael Wolfson at an annual price tag of approximately $500 million.”

Then when the Liberals released their costed plan on Sept 26, it included a very similar item: “As we reduce the small business tax rate to 9 percent from 11 percent, we will ensure that Ca­nadian-Controlled Private Corporation (CCPC) status is not used to reduce personal income tax obligations for high-income earners rather than supporting small businesses. Michael Wolfson from the University of Ottawa estimates that approximately $500 million per year is lost, particularly as high-income individuals use CCPC status as an income splitting tool.”

Currently, upper-income professionals use the CCPC to transfer income to spouses and children who pay lower tax rates, or to defer income. Reforming the small business tax rules such as the NDP and Liberals are now proposing makes good sense — they are even both citing the same excellent economist!

If these two parties are forced to cooperate in a minority government after Oct 19, we can reasonably expect them to agree on at least one good policy.

That said, even if these loopholes are closed, cutting the small business tax rate is still poor policy. Here’s why:

Closing CCPC loopholes is good economic policy and will help reduce inequality, but it’s too bad the parties still feel the need to proceed with this unneeded tax cut.

Seth Klein (he/his) is the former CCPA-BC Director and now leads the Climate Emergency Unit, which presses for the implementation of wartime-scale policies in Canada to confront the climate crisis. Find him on twitter at @SethDKlein.