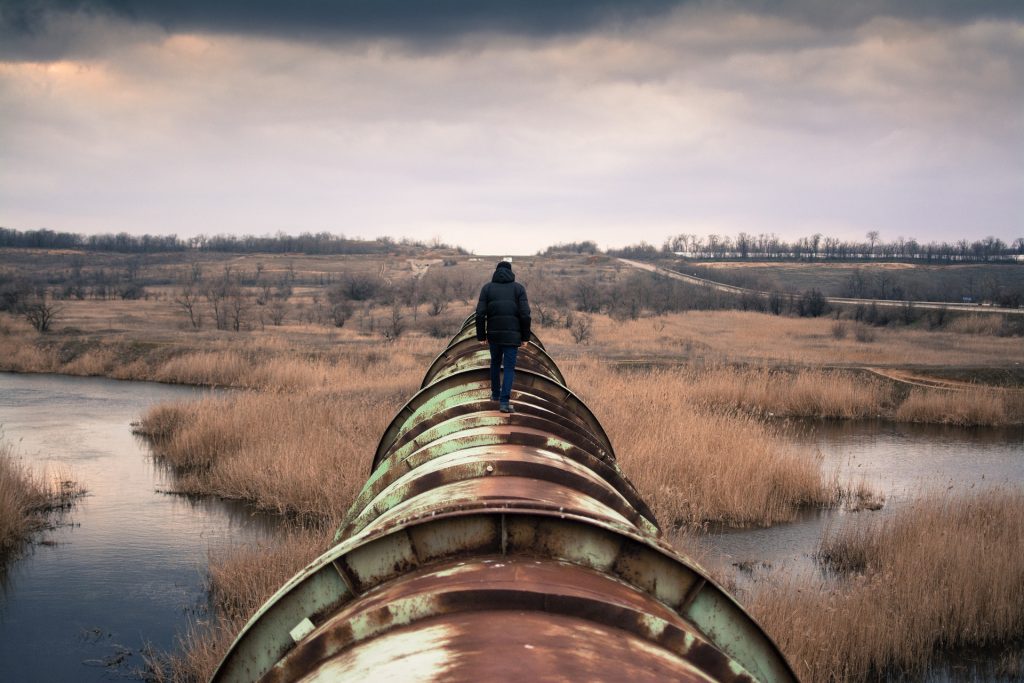 The most recent IPCC report further underlines the necessity of urgent action on climate change if we are to limit the most devastating effects of a warming planet. As the report states, we now have a mere 12 years now to implement aggressive carbon reductions in order to escape some of the most catastrophic impacts of global warming. This shrinking window is the direct result of years of delay and obstruction fuelled not only by outright climate science denial, but also the policies of half-measures and compromises put forward by the advocates of the "new climate denialism." As Shannon Daub and Seth Klein observe, while outright climate denialism has thankfully become increasingly anachronistic, the "new denialism" is equally insidious as it accepts the veracity of climate science, but advances policies and legislation that water-down or delay meaningful climate action. In some respects it may even be more dangerous than outright denial, as it gives the appearance of addressing climate change, without the substance. However, in the wake of the IPCC report, we may be on the cusp of an even more novel and dangerous form of denialism; call it "climate defeatism."

Climate defeatism essentially boils down to "the problem is too big, and nothing we can do can solve it, so why try?" It is an argument directly borne from years of denial and delay that have made the collective action problem of adequately addressing climate change seem only more insuperable. Unfortunately, this discourse of radical apathy and nihilism will only grow as those that vigorously wish to maintain business-as-usual resort to climate defeatism as their last line of defence against the urgent need for radical climate action.

We witnessed two glowing examples of climate defeatism over the past few weeks, but I would wager it is only the beginning of a deluge of this sort of reasoning.

The first came courtesy of the Trump administration's decision to freeze federal fuel-efficiency standards for cars and light trucks built after 2020. In an environmental impact statement, the administration observes that the earth will experience catastrophic warming of between 3 to 4 degrees celsius on its current course. However, as the Washington Post reports, "the administration did not offer this dire forecast, premised on the idea that the world will fail to cut its greenhouse gas emissions, as part of an argument to combat climate change. Just the opposite: The analysis assumes the planet’s fate is already sealed." Because these fuel standards could not “solely” achieve the emissions cuts that are desperately needed, better to abandon them altogether.

Another variant of this kind of defeatism was offered by former Saskatchewan premier Brad Wall. Mr. Wall took to twitter to share a video of unknown origin that ran through a litany of other countries expanding fossil fuel usage while arguing "international investment in Canada is at risk due to a possible job-killing carbon tax and excessive energy sector regulatory measures even though Canada is less than 2 percent of emissions." The obvious conclusion Mr. Wall wanted his followers to draw is that efforts to reduce Canada's carbon emissions are not only inconsequential, but ultimately futile.

We can certainly lament the fact that the discourse on climate action has sunk so low that shrugging our shoulders has become a valid argument from our political leaders. But we can also take solace in the fact that the opponents of real climate action have been forced to make such a terrifyingly prosaic argument. It means they recognize that their previous arguments of denial and delay are running out of steam. The realities of global warming are becoming too evident to even entertain denial, while the speed of climate change is making delay look more and more reckless. Urgent, radical action will soon be the only reasonable means forward to a sustainable future. The only response the defeatists can muster is to foreclose that future altogether. Let climate defeatism be the sad last gasp of those who have stood in the way of climate progress for the past thirty years and are about to be swept aside by history.