It is more dangerous to be a woman than a man in Canada today. 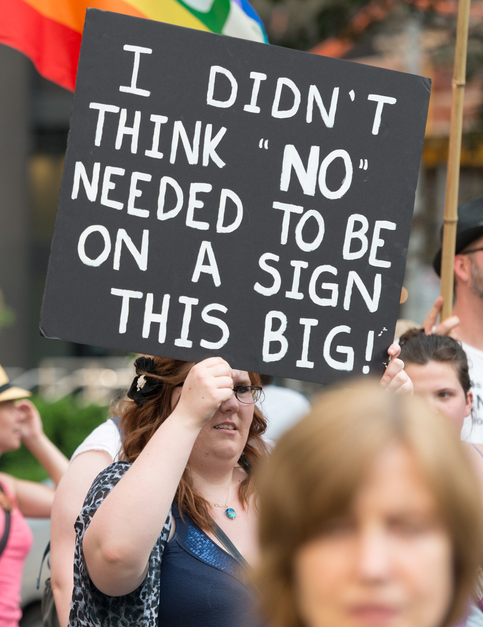 Every December 6th we remember the women who lost their lives in the brutal and targeted attack at École Polytechnique. We say their names aloud. We remember, so that the violence will not be repeated.

Have we learned from the past?

The medical journal The Lancet recently published the most comprehensive assessment of interventions in violence against women ever conducted. Researchers looked at every form of intervention across every country from which research was available. They considered everything from public awareness campaigns to court mandated counseling for perpetrators, to police stations staffed exclusively with women. They asked one question: “if you do this thing, do rates of violence against women go down?”

In too many cases the answer was “no.” For example, the interventions used with perpetrators most often involve a few sessions of court mandates counseling. Which have no measurable correlation to preventing recidivism.

In some cases that answer was “we don’t know.” For example, there is evidence that there is a relationship between poverty, access to paid work, and violence, but the relationship is complex and it isn’t clear what kinds of interventions have the greatest impact.

In some cases, the answer is “yes.” We actually know quite a bit about the perpetrators of sexual assault and the risk factors that make someone likely to become a perpetrator. We know that perpetrators tend to be young: “between a half and three-quarters of men who ever rape first do so as teenagers.” That means that interventions need to start early. You know, before Frosh Week.

We’ve learned a lot since 1989. The question is, why aren’t we doing more with what we’ve learned?

If we said aloud the names of all the women in Canada who have been sexual assaulted in the past five years it would take 32 days. That’s 768 hours. That’s 553,000 women.

So, on December 6th, let us share a moment of silence. Let us read the names of the women who were killed and injured on that day. Let us consider the young lives lost and imagine the suffering of the injured, the survivors, and their families.

And then let us wake up December 7th and have a REALLY LOUD CONVERSATION ABOUT SEXUAL ASSUALT.

3. Jewkes, Rachel et al. (2015). “From Work With Men And Boys To Changes Of Social Norms And Reduction Of Inequities In Gender Relations: A Conceptual Shift In Prevention Of Violence Against Women And Girls.” The Lancet, Vol 385 April 18, 2015.