Canada’s lackluster performance under CETA should be a lesson 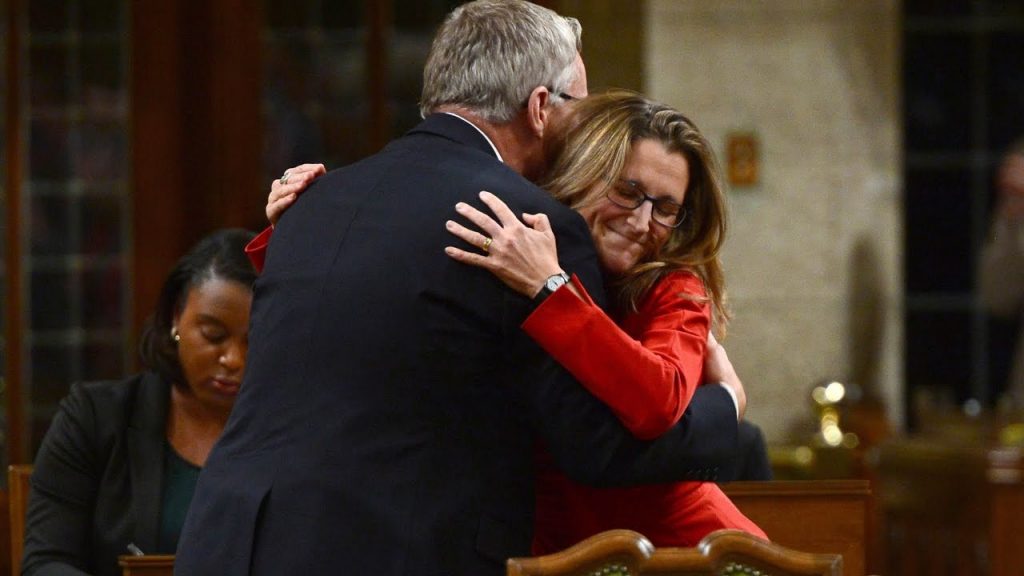 In July, several members of Parliament—including NDP and Green leaders Jagmeet Singh and Elizabeth May—sent a letter to French legislators urging them not to ratify the Canada-EU Comprehensive Economic and Trade Agreement (CETA). “We agree that trade between our countries and continents is important,” it read. “However, we believe in a type of trading relationship very different from this one. We strive for a trading relationship that addresses the fundamental issues of inequality, human rights and climate change.”

Prime Minister Trudeau called the letter “unfortunate.” After a direct appeal from the PM, France’s National Assembly ratified CETA by an unexpectedly close 266 to 213 margin. By comparison, Canada’s House of Commons easily passed CETA implementing legislation in May 2017 with the support of the Liberal majority and the official opposition Conservatives, with the NDP, Greens and Bloc Quebecois opposing. Most of the deal came into effect a few months later, on September 21, 2017.

Two years into CETA, the impact of the agreement on Canadians has been decidedly mixed. Canada’s trade performance with Europe has been poor, small and medium-sized firms have shown little interest or success in using the deal to venture across the Atlantic Ocean, and CETA’s procurement rules are already undercutting domestic manufacturing in high-value areas such as rail car production.

The deal has widened Canada’s pre-existing trade deficit with Europe. This comes as no surprise, as it was predicted in 2010 by economist Jim Stanford among others. Two-way trade in goods between the EU and Canada has increased, but the impact on the respective trading partners has been highly uneven. To date, EU exporters have been more successful in selling into the Canadian market than the other way around.

Moreover, last year, 18 of Canada’s top 25 exports to the EU were raw or semi-processed products such as precious metals, petroleum, coal, iron ore and other metals. Gold, by far our biggest export (valued at $10.5 billion dollars in 2018) goes almost entirely to the U.K., where it serves as a hedge for wealthy investors against stock market volatility. It is ironic that Canada’s export “success” in this area reflects global economic instability and crisis, and almost entirely benefits the global 1 per cent.

A recent Canadian government analysis acknowledges “the strong performance of the precious metals sector hid the overall weakness in competitiveness of most Canadian sectors in the EU import market.” Total net employment in Canadian manufacturing decreased by 32.9% between 2013 and 2017, and by 19.3% for small business (1–99 employees). Simply signing more and more free trade deals is clearly not helping.

The bigger question we should be asking, especially given our record under CETA to date, is why we should put so much time and effort into negotiating deals that continue to pigeonhole Canada as a carbon-intensive, resource-dependent economy.

To confront the threat of catastrophic climate change and achieve the necessarily rapid transition to a carbon-neutral economy, massive public investments in green infrastructure and public services will be required, and soon. A key tenet of Green New Deal proposals is that we can collectively “forge a new social contract that supports workers, families and vulnerable communities.” To win support for this massive overhaul, public investment must maximize the multiplier benefits of spending and job creation in the local community and region, not stand aside while public contracts go to the lowest multinational bidder.

Yet CETA ties our hands like no other trade agreement has when it comes to this kind of proactive government investment. CETA’s procurement chapter, for example, prohibits almost all public entities, including municipalities, universities, hospitals and provincial Crown corporations and agencies, from favouring local bids over foreign competitors; applying local content or hiring quotas to contracts awarded to Canadian or EU-based firms; setting aside some contracts for small and medium-sized enterprises or minority-owned businesses; and, in almost all cases, using public purchasing as a tool for local economic development.

Even in key sectors such as renewable energy or public transit, the federal government and most provinces did not safeguard their ability to apply local preferences (local content and hiring quotas). In December 2018, when Via Rail chose Germany's Siemens over Canada’s Bombardier Inc. for a $989 million contract to build more energy-efficient rolling stock for the Windsor–Quebec rail corridor, federal Transport Minister Marc Garneau claimed his hands were tied by trade agreements, specifically CETA.

That work could have gone to Thunder Bay. Thanks to Canada’s “progressive” EU deal, the trains will be built in California.

French skepticism of CETA, and the close vote in that country’s parliament, highlights how the agreement is not yet fully in force and won’t be until all EU countries choose to ratify. Should that happen, a bad deal for Canada would only get worse—and make it more difficult for governments to take more active measures to try and fix the crisis in our economic system.

That’s because CETA contains an investor-state dispute settlement (ISDS) system that is only slightly reformed from the version in NAFTA—soon to be removed because it “elevates the rights of corporations over those of sovereign governments”—which has been used repeatedly to challenge Canadian, U.S. and Mexican environmental and sustainable development policies.

The CETA version of ISDS will empower foreign investors to challenge public interest regulation, the creation or expansion of public services, and transition away from carbon-polluting industries. The Netherlands, which hasn’t yet ratified CETA, is currently facing its first-ever investor-state challenge over the country’s phaseout of coal-fired electricity. To enable more such claims in the midst of a climate emergency is absurd.

Two parties in this election—the Liberals and Conservatives—have staked their international trade credentials on the importance to Canada of increasing the number of CETA-like deals. The NDP, Greens and Bloc Quebecois are on record, in the letter to French MPs and elsewhere, calling for a different kind of trade policy with different priorities. At this critical juncture for our economy and the climate, it would be truly unfortunate to let another election go by without at least debating the issues.

Scott Sinclair is Director of the Trade and Investment Research Project at the Canadian Centre for Policy Alternatives. Stuart Trew is Senior Editor of the Monitor, the centre’s bimonthly journal of progressive news, views and ideas.