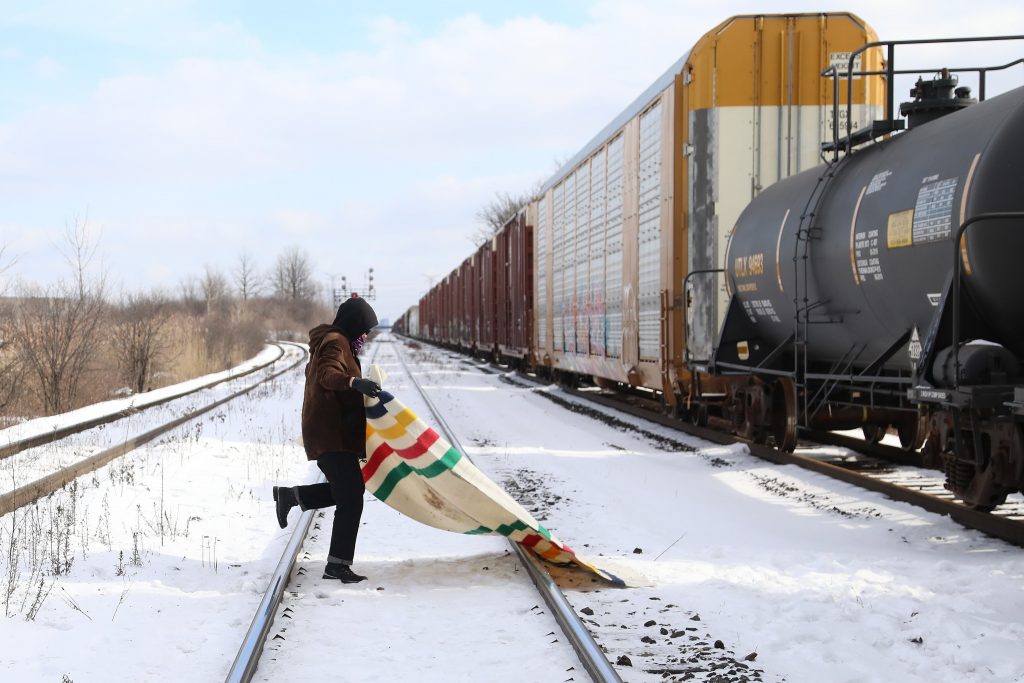 Our democratic institutions are in crisis. Their very legitimacy is in question, and Canada’s national leaders appear ill-equipped to respond.

The Indigenous re-occupation of Wet’suwet’en land and nationwide actions in support have sparked debate and deliberation about the causes, consequences, complications and solutions. The debate has been emotional and traumatic and, I fear, is defining — and threatening — Canada’s future.

People across the country had the chance to hear Prime Minister Justin Trudeau’s address to the House of Commons and Opposition Leader Andrew Scheer’s response.

Neither one presented a path forward that would ease tensions and address the root causes of Indigenous peoples concerns. Neither made an authentic effort to bridge the deep divide rocking Canadian society. Rather Trudeau asked for patience, co-operation and deliberation, while Scheer demanded the immediate enforcement of the rule of law and the prioritization of our national economy.

Canada’s colonial history and democratic institutions are founded on this constructed divide between Indigenous peoples and the rest.

A legislated, judicially enforced hierarchical divide allowed the relocation of entire Indigenous communities and the narrow determination of which Indigenous rights are to be ignored, minimized or recognized. It allowed the imposition of colonial band governance systems and the delegitimization of Indigenous governance and laws. The divide underpinned the efforts to push us from territories and allow destructive industrial projects, to erase our Indigenous languages and culture and forcibly remove Indigenous children from families.

And it’s behind the mediocre effort to include Indigenous voices within the political, educational and democratic institutions of Canadian society.

And it’s revealed in the justice system, whether the issue is Indigenous deaths in custody, murdered and missing Indigenous women, Gladue reports, mandatory minimum sentencing or the Ipperwash inquiry and the killing of Colten Boushie.

This divide is not absolute. Demonstrations in support of the Wet’suwet’en have seen non-Indigenous allies in great numbers supporting the voices of Indigenous leaders, youth and land defenders.

Yet in contrast to this support, we are also witnessing increasingly volatile levels of online vitriol, threats of violence, individuals expressing hatred and now incidents of vigilantism. These acts are aimed at Indigenous and non-Indigenous land defenders, Indigenous community members in their daily lives and even Indigenous children in their schools.

Across the divide, many non-Indigenous people remain unaware of the extent and consequences of Canada’s colonial past and present, and the degree to which it continues to impact the lives of Indigenous peoples while supporting the Canadian status-quo. This lack of understanding leaves many unsympathetic to Indigenous calls for change.

Our democratic institutions were not designed to address these social schisms, nor were they ever intended to. Indigenous peoples have been denied the ability to participate in these institutions in a way that would allow their voices, rights and calls for justice and restitution to be fairly considered.

When good-faith negotiations stall or fail and the alternative is expensive litigation in an over-burdened justice system, we can see how confrontations with Indigenous peoples become inevitable.

The actions and protests we have seen both in recent years and throughout Canadian history are a direct result of this failure to address the foundational causes of these schisms. Because some voices are favoured over others, Indigenous peoples (land defenders) and their supporters no longer perceive our representative institutions as legitimate. They no longer have faith in these institutions’ ability to address the root causes of settler-colonialism or to represent the voices of Indigenous peoples when interests collide across this divide.

When our governments are viewed as illegitimate, so are their processes, decisions and proposed projects. Cracking down on so-called “dissidents or radical activists” with injunctions and police enforcement orders will not provide the legitimacy our institutions require.

This lack of trust in our government should be of national concern. But when we heard from the prime minister and the Opposition leader last week, there was no recognition of the extent of racism Indigenous people face, and no acknowledgement that the legitimacy of our institutions are in question. Instead Trudeau, unironically, asked for Indigenous peoples’ trust and co-operation. He said the federal government was “extending [its] hand in partnership and trust” and “there is no relationship more important to Canada than the one with Indigenous peoples.” While Trudeau did not come close to demonstrating awareness of the seriousness of the threat to our democracy or offering solutions, Scheer’s comments were vastly more dangerous. His words seemed intended not to end civil disobedience, but to fuel it. His words deepen divisions, further promoting conflict and violence. By prioritizing the economy, jobs and the prosperity of a few over a comprehensive approach to addressing these foundational divisions, Scheer pits “us against them.” He pre-empts any conversation on changing the system in favour of keeping the status quo. Scheer is blind to the fact that the status quo has failed and will continue to fail unless we change. He aggressively emphasized the divisions in our society, entrenching the social schisms and promoting violence and vitriol while further marginalizing Indigenous peoples who have very little “faith” in the legitimacy of our institutions. The first way to address this legitimacy crisis is by genuinely implementing the United Nations Declaration the Rights of Indigenous Peoples. The Trudeau Liberals promised to do this, but haven’t. Last year, Bill C-262, the United Nations Declaration on the Rights of Indigenous Peoples Act, died on the Order Paper due to the inability and unwillingness of both Trudeau and Scheer to make substantive societal change for the benefit of all. They preferred, once again, to uphold the status quo. Trudeau’s government has recently promise to reintroduce a bill to implement the UN declaration, yet now this bill has been put on hold. I believe we can arrive at inclusive solutions that will rebuild broken relationships and start to provide renewed legitimacy to our democratic institutions and their processes and decisions. I don’t know what those solutions will look like. It is critical that they are shaped by Indigenous communities and title and rights holders working with federal, provincial and municipal governments (and that those communities are provided with the resources and time needed to develop organizational and governmental capacity to engage effectively). They may look different from community to community. While we work to renew faith in our institutions, we cannot continue to use illegitimate processes which support the status quo. Processes designed to ensure the creation of megaprojects like the Coastal GasLink pipeline and LNG Canada export terminal at the great expense of Indigenous territories. We need to distance ourselves from these broken processes and the status quo. And we need to ask ourselves how we want to move forward as a country. Lurching from conflict to conflict with a short-sighted “might makes right” approach? Or with new processes that provide space for legitimate, inclusive deliberation and debate that will stand the test of time? We must ask ourselves, when the very legitimacy of our institutions and our laws is in question, what does enforcing “the rule of law” truly mean? We can fix this crisis, but it will take considerable effort and a genuine commitment to reject the status quo and accept the challenge of building processes based on co-operation and consent. Until that happens, convincing Indigenous peoples to participate in an illegitimate process will be a hard sell. Indigenous peoples are exhausted from seeing their words and input ignored by politicians and judges who continue to reinforce the status quo. Canada must adopt fair, accountable and transparent processes that promote negotiations with Indigenous peoples, built upon the UN declaration’s principle of free, prior and informed consent. We must create a level playing field with renewed institutions designed for inclusivity, and disavow the status quo power structures fueling mistrust. That’s not what Trudeau proposed. He proposed keeping the faith and hoping things would improve under the same broken system. We need more than this. We need more than “respect and communication.” We need substantive systemic change. In his House of Commons speech, Trudeau asserted that “the place for these debates is here in this House.” But if the legitimacy of that House is in question, how can it be the place? Scheer was correct in one regard: our society is in crisis. But it is not primarily an economic crisis. The legitimacy of our representative institutions are in dire crisis, and it will take more than speeches in Parliament to repair them.

Matthew Norris is a member of the Lac La Ronge Indian Band and the vice-president of the Urban Native Youth Association. He is currently a PhD Student at UBC focusing on international Indigenous rights frameworks. He has extensive professional experience working on issues related to Indigenous rights and title, including four years as a policy analyst for the Union of BC Indian Chiefs.